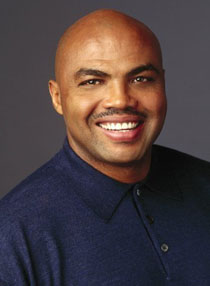 NBA Hall of Famer Charles Barkley spoke candidly about the problems facing the black community when appearing on a Philadelphia radio station, accusing “unintelligent,” “brainwashed” African-Americans of keeping successful ones down.

While appearing on “Afternoons with Anthony Gargano and Rob Ellis,” Barkley was asked about a rumor that Seattle Seahawks QB Russell Wilson was getting criticism from his black teammates for not being, quote, “black enough.”

Barkley said that young black men who do well in school are accused of “acting white” by their peers. “One of the reasons we’re never going to be successful as a whole, because of other black people. And for some reason we are brainwashed to think, if you’re not a thug or an idiot, you’re not black enough. If you go to school, make good grades, speak intelligent, and don’t break the law, you’re not a good black person. And it’s a dirty, dark secret.”

So is Barkley on track, or another Black elitest unconcerned about the problems of Blacks who have not found success?

Much has been written about how low the African American unemployment rate had gotten prior to the COVID-19 pandemic, but movement toward economic parity...
Read more