The Development of HBCUs in Texas 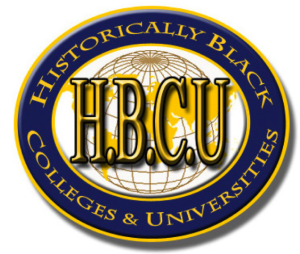 Historically black colleges and universities or HBCUs as they are more frequently called are educational institutions that was established prior to 1964 with the mission of educate black Americans.  Just like after post slavery the greatest struggles faced by African-Americans has been the struggle to be educated.

After the Civil War black Texans discovered that the abolition of slavery did not carry with it any guarantee of social, political, or economic equality. This became painfully evident during the course of Reconstruction as many white Texans refused to accept African Americans as equals and worked systematically to keep them in a segregated, second-class status, as near to slavery as possible. Especially troubling were the actions of Texas lawmakers who, between 1866 and 1900, erected an elaborate network of segregation laws that effectively deprived blacks of their rights as citizens.

Beginning with the Constitution of 1866, laws were written barring blacks from voting, holding public office, and serving on juries. Laws segregating public facilities, such as railroad cars, theaters, restaurants and hotels, also appeared. Not surprisingly statutes were also passed ensuring that the state’s educational system was kept separate and, it was obvious, unequal. During the 1870s and 1880s many white Texans were opposed to the idea of providing extensive educational opportunities for blacks. They also were against the idea of integrating the public schools. Many held strong convictions, reinforced by the works of several popular nineteenth-century social scientists, that blacks were intellectually inferior to whites and unable to master more than the most basic of educational skills.

In spite of opposition, however, efforts to further black educational opportunities moved forward. During the initial phase of Reconstruction, the Freedmen’s Bureau took the lead in establishing elementary and secondary schools for the former slaves. By May 1866 the bureau had set up more than 100 schools across the state.

The first black college established in Texas was Paul Quinn College, founded in Austin in 1872, followed by the establishing of Wiley College in Marshall in 1873.  State-supported higher education for African Americans began in 1878 with the foundation of Prairie View State Normal School (now Prairie View A&M University).

Click here to read more about the history of HBCUs in Texas.

Previous articleBrian Tumors can be quickly identified by genetic testing
Next articleSen. West: Texas A&M students should be disciplined for racist actions