Is Duane Buck facing execution in Texas because as a Black man he is likely more dangerous? 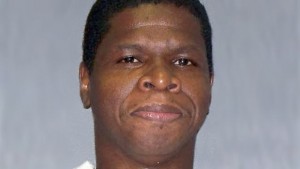 (HOUSTON) Today, the NAACP Legal Defense & Educational Fund, Inc. released a new video highlighting the racial discrimination in the Texas death penalty system and the shocking case of death-sentenced prisoner, Duane Buck.  Buck was sentenced to death in Houston after his trial prosecutor elicited testimony from a psychologist indicating that Buck was more likely to be dangerous because he is Black. The video was produced by award-winning documentary filmmakers Emily Kunstler and Sarah Kunstler.

Excerpt from and link to A Broken Promise in Texas: Race, the Death Penalty and the Duane Buck Case here: http://youtu.be/tD6WWN38ZGc

A Broken Promise in Texas contains powerful, never-before-seen interviews with Texas civil rights leaders, elected politicians, the surviving victim in the Buck case, one of Buck’s trial prosecutors and his family members, among others, calling for a new, fair sentencing hearing.  The video’s release comes at a critical juncture, as Buck may soon be at risk of execution:  the Texas Court of Criminal Appeals is currently considering Buck’s appeal for a new sentencing hearing free of racial bias and the Court is expected to rule in the coming weeks.

“Everyone who sees this powerful video will come away from it with the alarming realization that if Duane Buck can be sentenced to death – and possibly executed — based on racial stereotypes, then our criminal justice system is broken not just for Mr. Buck, but for all of us,” said Christina Swarns, Buck’s attorney and Director of the NAACP Legal Defense & Educational Fund, Inc.’s Criminal Justice Project.  “A properly functioning criminal justice system does not condone the flagrant exploitation of racial fears and stereotypes to secure a death sentence.  It cannot countenance a racially biased and unfair execution.”

Former Texas Governor Mark White, who oversaw the executions of 19 individuals, narrates the video and urges citizens to take action: “It’s unfair to have someone on death row if they are not supposed to be there … Don’t wait until it is too late … Join me and more than 100 civil rights leaders, clergy, former prosecutors, and judges in calling for a new and fair sentencing hearing for Mr. Buck. Tell Texas to keep its promise.”

Over 50,000 people from Texas and around the country have signed a petition calling on Texas officials to grant Buck a new sentencing hearing. The newly released video exposes the injustice of Duane Buck’s case and encourages support for the petition for a new, fair sentencing at: https://www.change.org/petitions/sentenced-to-death-because-he-is-black-grant-duane-buck-a-new-hearing

As the video shows, at Buck’s 1997 capital sentencing hearing in Harris County, the trial prosecutor elicited testimony from a psychologist that Buck posed a future danger because he is black. The prosecutor relied on this testimony in arguing in favor of a death sentence. The jury then found Buck would be a future danger and sentenced him to death.

Three years after Buck’s capital trial, in 2000, then-Texas Attorney General (now U.S. Senator) John Cornyn identified seven cases, including Buck’s, in which the State of Texas impermissibly relied on testimony linking race and dangerousness to secure a death sentence. The Attorney General promised to support new sentencing hearings for the seven identified defendants and kept its promise as to six of them. But Texas reneged on its promise to Buck and is now aggressively pursuing his execution.

“It is virtually unprecedented for a state official to confess error in a capital case. And in this situation, [the Attorney General] confessed error in six capital cases,” said Kathryn Kase, Executive Director of Texas Defender Service, in the video.

“When we apply the death penalty and we seek criminal sentences, we have to do so in a color-blind manner. Allowing this kind of racial testimony in any capital sentence proceeding undermines the entire justice process,” said Kate Black, Buck’s attorney, in the video.

This week Forward Majority announced it is investing over $6.2 million in independent expenditure campaigns across 18 districts in an effort to unseat dozens...
Read more
Justice

The Fear Factor: Protest against injustice, but vote against policies

By Allen R. Gray NDG Special Contributor Karl Augustus Menninger believed that fears are educated into us, and can, if we wish, be educated out. African...
Read more
NDG Area Politics

In a time when disenfranchisement is once again a threat to democratic rights, DFW Metro Justice & Equality is sponsoring a voter-turnout event called...
Read more