Is America on the brink of another war? 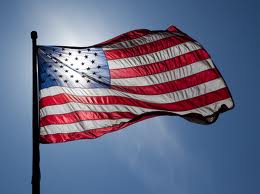 For almost two years now Syria has been engaged in a civil war that has left reportedly more than 100,000 men, women and children dead and an upwards of 2 million refugees. It is a war that has sparked global debate on so many levels and involved a spectrum of players from around the world. Despite billions of dollars of support as well as supply of weapons from outside sources including the U.S., Israel and even Saudi Arabia President Bashar al-Assad has managed to repress the rebel forces.

Up till now the U.S. has strayed away from the idea of invading yet another Arab nation generating more turmoil in the region. But with the recent allegations of chemical weapons’ use by al-Assad, which he is denying, the U.S. is debating if it will intervene militarily, a move which many are saying would be catastrophic. The remnants from two very costly, both financially as well as casualty, wars in the Middle East are still looming in the minds of Americans as well as the international community at large.

President Barack Obama is facing opposition even within his own party over military intervention in Syria. According to Reuters News Massachusetts (D) Governor James McGovern said, “people have become, it’s more than just war-weary, they’ve become skeptical of the effectiveness of these military involvements.”

Democratic Representative Chris Van Hollen expressed concerns regarding the wording of the White House’s request to Congress for authorization for the use of military force. “There is no limitation on putting American soldiers on the ground. There is no end point. The draft resolution presented by the administration is overly broad, it provides too much of a blank check to the executive”, Van Hollen said.

Moreover people have not forgotten the mistruths spoken by George W. Bush, Dick Cheney, et al regarding weapons of mass destruction in Iraq. To many President Obama is sounding much like his predecessor, the boy who cried wolf. But it’s not just Americans who are leery of the U.S.’s intentions pertaining to Syria and whether or not this is all about regime change or the obvious question – oil.

According to British polls 80 percent of the population is opposed to British military involvement. The British parliament also voted against military action, a move which Labour leader Ed Miliband stated was done “for the people of Britain”.

“People are deeply concerned about the chemical weapons attacks in Syria, but they want us to learn lessons of Iraq,” Miliband said.

As bloody and disastrous as the Iraq war was, however, it will pale in comparison to what a war with Syria could entail. A senior Syrian military official who spoke anonymously said if the U.S. attacks Damascus, Syria and its allies will bomb Tel Aviv.

Iranian President Hassan Rouhani has stated Iran and Russia have been working collectively to prevent any military action against Syria and that any attack from the West would be an “open violation” of international laws.

It appears all of the chess pieces are aligning for battle. The only remaining question lies whether or not President Obama wants to be remembered as the leader who prompted World Ward III