Does video evidence make a pre-existing bias against a defendant stronger? 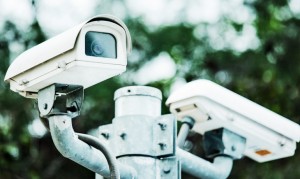 Where people look as they watch video evidence varies wildly and has a big impact on bias in legal punishment decisions, report researchers.

The study raises questions about why people fail to be objective when confronted with video evidence.

In a series of three experiments, participants who viewed videotaped altercations formed biased punishment decisions about a defendant the more they looked at him.

“With the proliferation of surveillance footage and other video evidence, coupled with the legal system’s blind faith in information we can see with their own eyes, we need to proceed with caution. Video evidence is seductive, but it won’t necessarily help our understanding of cases, especially when it’s unclear who is at fault.”

The research appears in the Journal of Experimental Psychology: General.

IDENTIFICATION WITH THE POLICE

In the first pair of experiments, which included 152 participants, researchers gauged the participants’ identification with police. This was done by reading a series of statements (e.g., “Your background is similar to that of most police officers”), then measuring, on a seven-point scale, the participants’ level of agreement or disagreement with the statement (1=strong disagreement; 7=strong agreement).

The participants then watched a 45-second muted video depicting an actual altercation between a police officer and a civilian, in which officer wrongdoing was ambiguous.

In it, the officer attempted to handcuff the resisting civilian. The officer and civilian struggled before the officer pushed the civilian against his cruiser. The civilian bit the officer’s arm, after which the officer hit the back of the civilian’s head. In order to determine if the altercation was indeed seen as ambiguous, a separate group of participants viewed the tape and evaluated it as such.

During these viewings, the researchers also monitored the participants’ eye movements without their awareness. Using eye-tracking technology, they gauged how many times participants fixated their gaze on the police officer.

After the viewings, researchers examined how the participants interpreted what they saw. Participants reported on the legal facts of the case, which would incriminate the police officer.

In addition, participants imagined they were jurors in a court case in which the police officer was on trial for these actions and indicated the likelihood that they would require that the officer be punished and pay a fine (1=extremely unlikely, 6=extremely likely).

Their results showed that participants’ identification with the police officer influenced punishment decisions only if they focused their visual attention on the law-enforcement official.

Specifically, their results showed that frequently looking at the police officer exacerbated discrepancies in punishment decisions among participants.

In a second experiment, the same participants viewed another video depicting an altercation between a police officer and a civilian—one in which culpability, verified by an independent panel of participants, was ambiguous.

In it, the police officer, wearing a gun and using relatively minimal force, spoke with a civilian in a subway stairwell. The civilian flinched, moving toward the officer, who wrestled him to the ground.

The results echoed those of the first experiment. Those who followed directions to pay closer attention to the police officer rather than to the civilian saw his actions as more incriminating and sought to punish him more severely if they felt little social connection to police officers. In other words, close attention to the videotape enhanced participants’ pre-existing biases of police rather than diminishing them.

“One might think that the more closely you look at videotape, the more likely you are to view its contents objectively,” says Balcetis. “But that is not the case—in fact, the more you look, the more you find evidence that confirms your assumptions about a social group, in this case police.”

In order to rule out the possibility that these findings apply only to police, the researchers conducted another experiment with a new set of participants.

This time, however, they watched a videotape of an orchestrated fight between two college-aged white men: one wearing a blue shirt and another wearing a green shirt. Prior to viewing the videotape, participants answered personality questions, and the experimenter told them their answers seemed more similar to either the blue group or the green group.

Consistent with the first two experiments, the results showed that close visual attention enhanced biased interpretations of what transpired and influenced punishment decisions.

“We think video evidence is a silver bullet for getting at truth, but it’s not,” observes lead author Yael Granot, a doctoral candidate at NYU.

“These results suggest that the way in which people view video evidence may exaggerate an already pervasive ‘us versus them’ divide in the American legal system.”