Birthdays, anniversaries and other things I usually forget 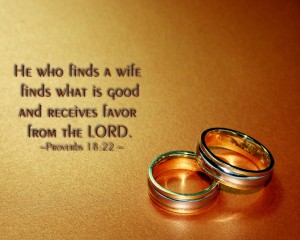 I cannot tell you how many times the Gracious Mistress of the Parsonage has explained the difference between things to remember and things to be forgotten. Without boasting, I believe I could give the lecture back to her word for word.

Also, certain things, which, if forgotten, will bring great stress, particularly to Yours Truly.

I could not agree with her point of view more. I know some things should be forgotten while other things should be remembered. After all, it only makes sense. Nobody should forget everything and certainly, nobody could remember everything. It would simply be impossible. Anybody in his or her right mind should know this. This gives me an out. I cannot remember when I have ever been in my right mind. So, you know what is left.

Here is my problem. I know some things are to be remembered, other things are to be forgotten, but for the life of me, I do not know which ones are which. What do I forget and what do I remember?

For example, my wife wants me to remember her birthday, but forget how old she is. I cannot tell you how many times I have reversed this situation. I am prone to forget her birthday, but remember how old she is. In fact, there are those rare moments when I have added a few years to her age. If you do not think this has gotten me into trouble, you have not done any serious thinking in a long time.

I know the birthdays come every year, but in spite of their predictable regularity, I seem somehow to forget.

I learned an important lesson in life. It is one thing to forget a birthday, but it is quite another animal to forget your wedding anniversary. However, here is the rub. Unlike birthdays, not only am I to remember the date, but the number of the anniversary, as well.

Even though my wife and I share the same wedding anniversary, I forget to remember the date.

I have used a variety of excuses to cover up for this mental delinquency on my part.

The first year I forgot our wedding anniversary I come up with a classy excuse, “My dear, you do not look a year older and so I forgot. How am I to remember time goes by when with you, time stands still?”

This worked the first year, but it has not worked since. Not that I have not tried, believe me.

Another excuse I tried that did not work out very well was, “Honey, I deliberately forgot our anniversary because I did not want to remind you how old we really are.”

I thought if I included myself in the age category I could get away with it. Let me just say, it did not work.

One year, I bought my wife her anniversary present in June. However, I had forgotten all about it and just happened to run across it one Saturday in October. Since our anniversary is in August, this did not help me at all.

This year we are celebrating our 44th wedding anniversary. It is a little confusing to me because if it is the 44th anniversary my wife was five when we got married. It is amazing to me how her birthday does not keep up with our anniversary. I think I have figured it out. For every three anniversaries, she gains only one year on her birthday. How else can I explain it?

I still have a problem, though. Now that I remembered our anniversary this year, what do I buy her for a present? After 44 years, I have simply run out of ideas. Actually, I ran out of ideas after the 10th anniversary. What do you get someone for his or her 44th anniversary present?

To remember our anniversary and to forget to buy a present is the greatest faux pas any husband can make.

I wanted to get a cake with candles, but the fire department considers it a fire hazard. Of course, everybody knows that kind of candlepower really adds to the global warming effect.

It is times like this I wish I had written down all the anniversary gifts I have given over the last 44 years. Perhaps I could see a pattern developing and just follow through with the pattern.

My concern is if I buy her something expensive, she might become suspicious and wonder what I did that I do not want her to know about. If I buy something rather cheap, she may suspect that I do not take the anniversary seriously.

I think I have come up with an answer. Since my wife is into crafts, I decided to make her anniversary gift myself this year. I must confess, I am not as crafty as she is — on a multitude of levels, but then as she always says, “It’s the thought that counts.”

Then I turned to the Bible and read, “Whoso findeth a wife findeth a good thing, and obtaineth favour of the LORD.” (Proverbs 18:22).

Every great marriage is based upon forgetting and remembering the right things.