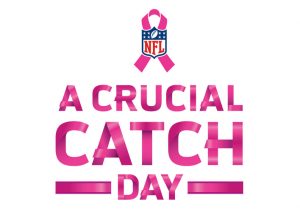 2016 was a monumental year for women’s breast health, with major advancements including the addition of insurance coverage of 3-D mammography by Cigna, increased efforts by the NFL to drive women to make breast health a priority, developments in research that prove the impact of screening patients ages 40 to 49 and research that confirms there is no need to observe a cutoff age for mammography.

“This year we celebrated the 30th anniversary of Solis Mammography, which has grown to become the nation’s largest independent healthcare provider of breast imaging services,” said James Polfreman, president and CEO, Solis Mammography. “While technologies have changed over 30 years, our focus has not – to deliver women an exceptional mammography experience. Every day we strive to deliver our Peace of Mind promise to every patient we serve and will continue to do so. As we approach year-end in 2016, we celebrate improvements that help us better serve our patients in the critically important area of breast health.”

With the year quickly coming to a close, Solis Mammography would like to highlight the top four advancements in breast health research and awareness that helped create a banner year:

Cigna announced they would begin providing insurance coverage for 3-D mammograms, becoming the first national private insurer to cover tomosynthesis (3-D). Aug. 23 – the day Cigna made the announcement – was a monumental day for women and women’s breast health, reported Solis Mammography. Medicare announced coverage in January 2015, and for the past 20 months, certain private insurers have added coverage, but only in select regional markets. Cigna now provides coverage of 3-D mammograms for annual breast cancer screening for all women over age 40 and for women at high risk starting at age 25.

The National Football League (NFL) provides a direct call to action for women’s breast health by encouraging and raising the importance of making time for annual breast cancer screening. Since the inception of the NFL’s “A Crucial Catch” campaign in 2009, it has raised nearly $15 million in the fight against cancer. Additionally, in October 2016, the NFL ran a series of commercials during prime-time football games that showed celebrity athletes filling in for busy women and moms, so they had time to go get their annual mammogram. The commercials highlighted a call to action that reinforces the importance of preventative health and regular screening – both key tenets of early detection.

Solis Mammography’s chief medical officer and president of Rose Imaging Physicians Group, Dr. Stephen Rose, presented his abstract on Tomosynthesis’ Impact on Screening Patients 40 to 49 (comparing 3-D to 2-D) at the Radiological Society of North America 2016 Scientific Assembly and Annual Meeting. The addition of tomosynthesis (3-D) to mammography in women 40 to 49 years old shows improved outcomes in recall rates and cancer detection rates (similar to the general population) versus 2-D mammography. Tomosynthesis (3-D) addresses a primary concern regarding screening women who are in their 40s by reducing recall rates as cited in both the U.S. Preventive Services Task Force and American Cancer Society guideline changes.

Adding 3-D to mammography takes about the same amount of time as digital mammography yet takes around 60 pictures. Radiologists can now see cancers as early as stage zero with tomosynthesis (3-D).

Rose commented, “Our study is confirming the benefits of tomosynthesis. For a disease with no known form of prevention, early detection is key, and the earliest detection is with tomosynthesis, especially in women under 50 years old with dense beast tissue.”

“For years, radiologists and referring physicians have attested to the importance of early detection in saving lives and in offering women the best treatment options,” Polfreman stated. “Adding 3-D to mammography represents the best technology available, offering more and clearer images of breast tissue, and less recalls, which in turn means less anxiety for the women we serve. This is an important milestone for women’s health, and we hope that with research like Dr. Rose’s, more private insurers will follow suit.”

In the largest study ever on screening mammography outcomes, researchers found that there is no clear cutoff age to stop breast cancer screening. The findings presented at the annual meeting of the Radiological Society of North America by Dr. Cindy S. Lee, assistant professor in residence at the University of California San Francisco, and her research team lend support to the argument that the decision on whether or not to stop screening should be informed by an individual’s personal health history and preferences.

Using the largest amount of data ever gathered from the National Mammography Database, Lee and her research team analyzed data from more than 5.6 million screening mammograms performed over a 7-year period between January 2008 and December 2014 in 150 facilities across 31 states in the U.S. The research team looked at patient demographics, screening mammography results and biopsy results. Data from more than 2.5 million women over age 40 were sorted into patient groups by age in 5-year intervals (40-44, 45-49, etc.).