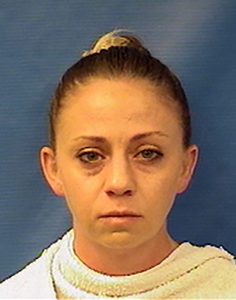 Amber Guyger has been sentenced to serve 10 years for the murder of Botham Jean. The jury Spending less than two hours after listening to the statements from family, co-workers and friends for both Jean and Guyger.

The one person the jury did not hear from was Guyger herself. Speculators believe her testimony on Friday was damaging and that the prosecution would relish the chance to cross examine her following the release of her text messages and social media posts on Tuesday.

It was suggested perhaps the jury’s sentence reflects their belief the murder of Jean was a tragic mistake, but one worthy of punishment. However, the sentence angered some in the audience and they were very angry while speaking to the press afterwards.

She will be required to serve a minimum of five years before she is eligible for parole.

A Dallas man killed by police in his own apartment will be memorialized in the naming of a major downtown thoroughfare. On Wednesday, Jan. 13,...
Read more
Latest News

Beginning this week, Texas will direct most of the COVID-19 vaccine received from the federal government to large providers who can vaccinate a total...
Read more
Latest News

Louisville terminates cops involved in the death of Breonna Taylor