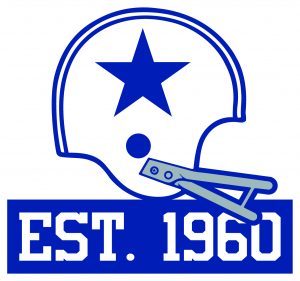 On January 28, 1960, Clint Murchison Jr. was awarded a National Football League expansion team at the League’s annual meeting in Miami Beach, Florida. As the newly minted franchise was approved, the Dallas Cowboys were born and became the NFL’s 13th team. The anniversary of that milestone, exactly 60 years ago today, marks the beginning of a year-long celebration, in 2020, of the organization’s rich and storied history.

The Cowboys were designated as a “swing” team for the 1960 season as they played all 12 of the other NFL teams one time. Dallas’ results of a 0-11-1 record were listed in the Western Conference standings. Head coach Tom Landry’s first team lost the first 10 games in club history before registering a 31-31 tie against the New York Giants in the second to last game of the year. The following year, the Minnesota Vikings were added to the NFL, and the Cowboys found a permanent home in the Eastern Conference while the Vikings joined the Western Conference as the league’s 14th team.

Other Significant Dates from 1960:

The Dallas Cowboys and Main Event Entertainment are wasting no time celebrating the upcoming season by announcing a new partnership that marks the first sports sponsorship for the fast-growing family and social entertainment brand as well as the first-ever in the category for the Cowboys.

To kick off the partnership, Main Event will celebrate by hosting an exclusive 60th Birthday Party in honor of the Dallas Cowboys on Jan. 28. Main Event is inviting fans to join the celebration of the most popular professional sports team in the world by visiting any of the following centers: Austin, Fort Worth South, Fort Worth North, Frisco, Grapevine, Lewisville, Lubbock, Pharr and Plano, Texas; Albuquerque, N.M.; and Oklahoma City and Tulsa, Okla.

“We know that Dallas Cowboys fans enjoy world-class, family-friendly entertainment, and that’s why we are thrilled to welcome one of the premier entertainment brands in the country as a proud partner,” said Charlotte Jones Anderson, Executive Vice President & Chief Brand Officer, Dallas Cowboys. “Main Event is recognized as one of the best places to enjoy any special event from birthday parties to corporate retreats to a family night out, and we look forward to together bringing more fun to families in the Dallas Metroplex and beyond.”

At each party, fans can receive a free Dallas Cowboys jersey just by booking a future birthday party at Main Event. In addition, guests who visit any of the participating Main Event locations from 4 p.m. to close on January 28 will receive 60 minutes of free gameplay in celebration of the Cowboys’ 60th birthday. All participating Main Event locations will feature branded Dallas Cowboys merchandise and other party favors in recognition of “America’s Team.”

A special celebration will take place from 4-6 p.m. at the all-new Main Event location in Grand Prairie, Tex. The center will open on Monday and will feature appearances from former Dallas Cowboys players as well as Rowdy. Fans will be encouraged to take photos with the players and sign an oversized birthday card that will be given to the Dallas Cowboys by Main Event on behalf of Cowboys fans everywhere. The event is free and open to the public.

“The opportunity to align in an official capacity with the Dallas Cowboys is a tremendous opening for our brand to bring unrivaled experiences to our customers,” said Sarah Beddoe, Chief Brand Officer, Main Event Entertainment. “At our core, we are an innovative, entertaining and family-centered company and that’s exactly what the Dallas Cowboys are, which is why we are so thrilled to be the first, and only, partner in our category in the history of Dallas Cowboys.”