Are you ‘Ready to Rise’? 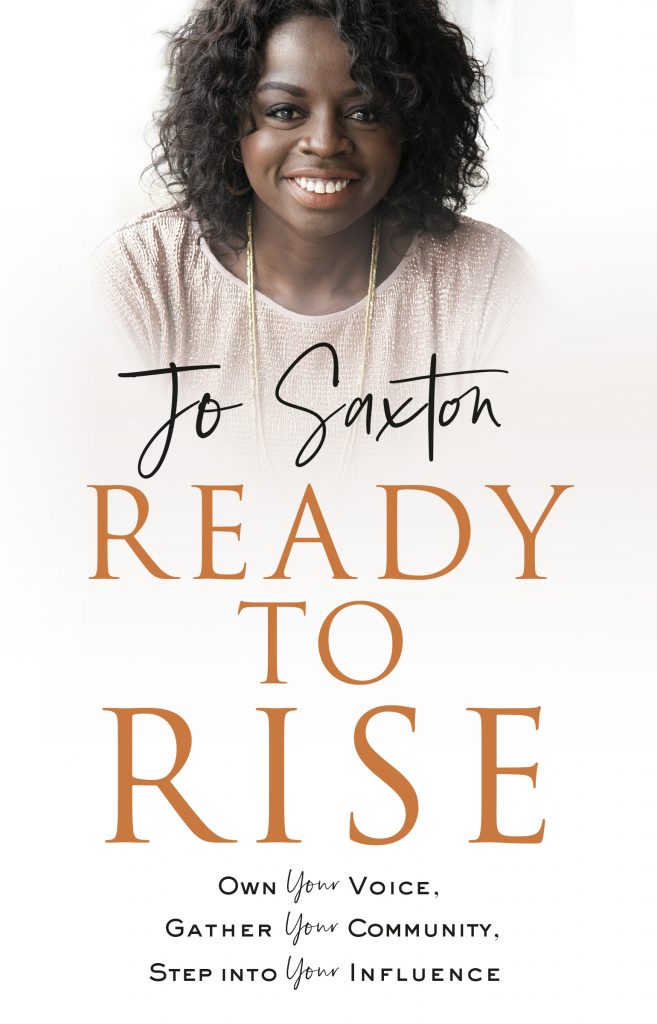 You know you have it.

There are all kinds of potential inside you but how can you actually use it? Says author Jo Saxton in her new book “Ready to Rise,” it takes determination, a community, strength, belief in yourself, and a little leaning on God.

After hearing her seventh-grade daughter give a speech to classmates, Jo Saxton reflected on what her child said and how, as a teenager, Saxton’s daughter understood that she had it within herself to help fix “a broken world.”

That was a lesson that Saxton herself didn’t possess at that same age.

Born in Nigeria, the child of a broken home, Saxton was raised by an elderly foster mother whom she cared for deeply. Still, she says, she was fearful that something was wrong with her, and leadership was very far from her mind then.

“… I was the last person who should be given opportunity for influence,” she muses.

Many women are like that, in that respect, Saxton suggests, and it’s not good – for a woman herself, for any business she may be invested in, or for the world at large.

Disempowerment, for example, is detrimental to women who are searching for mentors or “living examples.“ As for business, “including women in leadership improves a business’s bottom line,” and diversity improves its culture.

Personally, Saxton says that she relies heavily on her faith to find the right path toward influence. She often thinks of the women in the Bible, the travails they endured, and the actions they took. Biblical tales have many lessons for today’s women and their quest for“faith-shaped purpose…”

Embrace the gifts God has given you, Saxton says; He was happy to give them to you, so you should use them. Find your voice and use it, too; outspokenness with purpose is not a bad thing. You are smart; never forget that. Learn to “grow your grit” and build the “village” you need for success. And finally, take care of yourself, in mind, body, and spirit, and you’ll be amazed at what you can accomplish.

The very first thing you need to know about “Ready to Rise” is that it’s very faith-based.

That doesn’t at all make this a bad book, but it’s absolutely going to change the audience for it: women who‘re looking for a strictly-business book will want to look elsewhere.

Yes, the advice here is solid and do-able, especially for the woman who truly needs that first baby-step toward self-confidence, or for the quiet type who’s newly assimilating into a large corporation. Yes, author Jo Saxton offers a wide variety and range of business-related topics as they relate to women in the workplace, but most of those are woven with mostly Old Testament stories and musings on the life and works of Jesus and several women of the Bible. Again, not bad – just be aware.

Men, of course, can read this book but it’s really meant for women who need a faith-based boost. If that’s you, then find it: “Ready to Rise” has potential.

District staff a source of pride in difficult times

By Joyce Foreman Dallas ISD District 6 I continue to be amazed at the work our district employees are accomplishing as we deal with the repercussions...
Read more
Latest News

Why does God allow evil and disease?

Sister Tarpley NDG Religion Editor “If you, O Lord, kept a record of sins, O Lord, who could stand.” (Psalm 130:3) One of the most common questions every...
Read more
Latest News

Sunday when Dallas Police Officers responded to a health and welfare check in the 1100 block of Coston Drive they discovered a child locked...
Read more

Previous articleCOVID-19 and Mother’s Day
Next articleSister Tarplay: Mothers, How Special They Are!