NDG in Who’s Who In Black Dallas 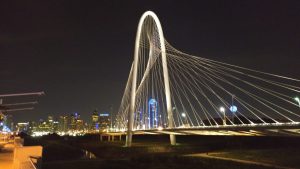 The second edition of Who’s Who In Black Dallas will be unveiled at a networking reception and program at the Hyatt Regency Dallas Hotel on Thursday, Oct. 2 beginning at 5:30 p.m. Who’s Who In Black Dallas will celebrate the achievements of African Americans in the metropolitan Dallas area. More than 200 people will be featured in the publication including our very own publisher, Thurman R. Jones.

“I’m delighted to have been asked to write the foreword for the second edition of Who’s Who In Black Dallas. I have spent my time in Congress working to represent the 30th District in Dallas and I’m always pleased to participate in an endeavor that celebrates the achievements of citizens,” said Congresswoman Johnson.

Congresswoman Johnson is serving her 11th term representing the 30th Congressional District of Texas. The 30th District is entirely within Dallas County and it includes the cities of DeSoto, Lancaster, Wilmer, Hutchins, Cedar Hill, and Duncanville; with portions of the cities of Glenn Heights, Ferris, Ovilla, and South Grand Prairie. As a strong voice for inclusion,Congresswoman Johnson is the Founder and Co-Chair of the Diversity and Innovation Caucus and of the House Historical Black Colleges and Universities Caucus. She had the honor to serve as Chair of the Congressional Black Caucus during the 107th Congress. She is the ranking member of the House Science Committee and is the highest ranking Texan on the House Committee on Transportation and Infrastructure. Johnson is also a member of the Congressional Task Force on seniors.

“We are excited to be doing the second edition of Who’s Who In Black Dallas and are equally excited to have Congresswoman Johnson penning the foreword for this edition,” says Carter Womack, Chief Operating Officer of Who’s Who Publishing.

“Her impact on the African-American community goes hand in hand with the commitment and vision of Who’s Who Publishing.”

The second edition Associate Publisher is Ken Carter, President and Chief Executive Officer of Focus Communications, a
34 year old public relations, marketing and public affairs company. The company is responsible for the public relations, sales and content of the second edition. Focus has been a long time cornerstone in the communications industry.

“We wanted to recognize ‘People of Influence’ who have done some extraordinary things,” Carter said.