Disavowing Black and Brown Votes: Just say ‘no more, not ever again’ and push back at corporations that support rogue Republican politicians

It was the late Dr. Martin Luther King, Jr. who said, “The ultimate tragedy is not the oppression and cruelty by the bad people but the silence over that by the good people.” That is the exact stance my dearly departed mother took if I were to stand by and allow some bully to take my kid brother’s lunch money. I can’t help but wonder what Martin or my mother would have to say to we Black and Brown people as we stand silently by and watch as a Dirty Dozen Republican House and Senate politicians move to castoff our hard-earned vote. They are being led by Texas Senator Ted Cruz.

We frequently rail against voter suppression, but voter suppression is merely an inhibitor that can ultimately be maneuvered around. What the Dirty Dozen are aiming to do is a more sophisticated form of usurping our nation’s democracy and is tantamount to treason. This group is exhibiting total disregard for a law that has been in existence since 1887, a law that dictates how Congress handles vote counting. What is even worse is their total contempt for the will of the American people and total indifference for our nation’s democratic process.

This is not simply a matter of subversion it is also a matter of hypocrisy because Trump’s one-time fierce foe has suddenly become his fraudulent friend. It was as soon as 2016 that Trump and Cruz were publicly attacking one another after Trump said Cruz’s father helped assassinate President Kennedy, then Trump retweeted unflattering pictures of Mrs. Cruz and threatened to “spill the beans” on her. By the time Trump’s deluge of denunciations had ended, he had insulted Cruz’s father, his wife, and his god.

Cruz refused to take it lying down. He shot back that Trump was a “bully,” “utterly amoral,” “a pathological liar,” as well as a “serial philanderer.”

Cruz also said, “Whatever lie (Trump’s) telling, at that minute he believes it.”

Despite what Cruz felt about Trump in 2016—and the haranguing of Cruz’s wife and father and god—the Texan seems to have awakened to a whole new and skewed reality a couple of years later. Now, the viral lies that Trump convinces himself to believe, Cruz and the Dirty Dozen and a throng of other Trump supporters believe also.

There is an adage: If you call a dog by a name long enough pretty soon he will answer to it. In this case, fraud is the name and the votes of Black and Brown Americans have become the dog. It is on this tenuous and contrived evidence that the Dirty Dozen make their stand.

The Dirty Dozen plan to object to the certification of the presidential election results when Congress formally counts the electoral votes on January 6th, even though, their plan drew disdain from Democrats and leading Republicans alike due to there being absolutely no evidence of widespread election fraud.

Undaunted, Cruz argued that the results of the presidential election “produced a deep, deep distrust of our democratic process across the country,” and he added that Congress had “an obligation to do something about that.” This wasn’t the only attempt to disregard the Black and Latino vote.

It was on New Year’s Day that the Justice Department represented Vice President Mike Pence in a Texas courtroom as the department was seeking to bestow onto Pence the power to overturn the results of Joe Biden’s presidential victory when the matter went to Congress to validate Electoral College votes. The judge flatly denied the claim and questioned whether any of those suing had “a judicially cognizable claim.” Even one of Trump’s head henchmen, former Attorney General William Barr, concedes that there is no cause for action as there is no fraud to be proven. Barr’s opinion didn’t curtail Trump from calling Georgia’s secretary of state the very next day.

Trump made a direct call to Georgia Secretary of State Brad Raffensperger at 3 p.m. on Saturday and kept him on the phone for an hour. Trump urged Raffensperger to alter Georgia’s election results by finding 11,780 votes, pleading with Raffensperger the way a schoolboy pleads with his date for a kiss after the prom. The secretary of state didn’t find it in his heart to violate the law for Trump’s sake. Still, the shouts of widespread voter fraud in Georgia are a never-ending and vicious cycle.

There have been more than 50 lawsuits filed by Trump or his cronies attempting to undo the will of American voters. All those cases were found to be unsubstantiated and they produced no evidence of voter fraud. Even judges that Trump himself appointed couldn’t find enough evidence to rule in the outgoing president’s favor.

The most duplicitous aspect of this entire affair lies in the understanding of what happened when Trump lost the Iowa caucus to Cruz in 2016. To no one’s surprise, Trump claimed he won the caucus and accused Cruz of fraud. “What Donald does, when he loses, is he blames everybody else,” Cruz contended back then.

One should remain aware that bands of negative influencers like the Dirty Dozen don’t simply move without some hierarchy fueling their tank and providing justification for their actions. The Dirty Dozen do have their stable of enablers. Financial institutions are the fuel that enables these people to do their disruptive work because politicians respond to campaign contributions the way a dog in training responds to a treat. And as dogs do, corrupt politicians will sit or roll over and play dead on command—if the one holding the monetary treat orders them to do so. Some of the financial institutions waving monetary treats under Republican noses are all too familiar to us.

AT&T’s flame is fueled by the major investment firm Elliott Management, which is run by Paul Singer. Singer is a billionaire Republican donor, who recently flexed his financial might and ordered AT&T’s board to restructure in a way that brought much delight to Trump. AT&T isn’t the only business that Blacks and Latinos tend to patronize that support—in some overt or covert way—policies that tend to hurt Black and Brown communities.
Citibank has been referred to as America’s most political bank. Citibank of one of the largest American financial institutions, but the institution has garnered a reputation of being dependent on the financial leniency of government officials, who are often repaid in kind for their munificence. The relationship 220-year-old Citibank has maintained with the U.S.’s governing political party has allowed the institution to receive financial support worth $517 billion between 2007 and 2009, years in which Republicans controlled Capitol Hill. The relationship between Citibank and Republicans has been described as a political quid pro quo.

In 2018, for instance, Citibank made a total of 41 political contributions in the state of Texas. Republicans were the recipients of 36 of those contributions, while Democrats received only five donations.

By no means is the Dirty Dozen’s capers the only sham that moves with the intent to usurp the voting rights of Black and Latino citizens.

Dastardly movements are often ignored and discounted as being groundless or futile. But still, the damage is had when the perception of truth is altered and then the altered reality is accepted by far too many Americans. We must keep in mind that it is sometimes not about the credibility of a fraudulent claim but rather the unadulterated gall with which the movement is made.

Now is the time for a call to arms, for someone to champion the cause of Black and Latino voters whose cries for salvation from this sort of abasement often go unheard.
Where, now, is that NAACP that gave us Charles Edward Russell and Thurgood Marshall as champions?

Where, now, is that LULAC that gave us Maria L. de Hernandez and Pedro Hernandez Barrera as champions?

Our plea to NAACP President and CEO Derrick Johnson and LULAC National President Domingo Garcia is this: Coalitions like the Dirty Dozen must be met with the same level of ferocity they use to attack the inalienable rights of Black and Latino citizens who are greatly underrepresented in the halls of Congress and the Senate.

Even without the voices of Johnson and Garcia leading the charge, there should be and are some objections we grassroots individuals can raise. It is within our ability to say “No More, Not Ever Again” to money hungry corporations that support those that move against us.
The people of Montgomery, Alabama drafted a solution to their political and social injustices created by racist systemic policies. Their plan was initiated December 5, 1995, and they dubbed it The Montgomery Bus Boycott. In its beginning, there was little effect felt by the city’s establishment and the protesters had to make certain sacrifices.

Somewhere in February, Montgomery began realizing that Blacks folks were the primary patrons of the buses. Around August, Montgomery began to realize that their finances were suffering. It wasn’t until December 20, 1956, that Montgomery conceded to the protesters’ demands and the will of the people prevailed.

What was good for Montgomery in 1955, is good for our monolithic money mongers today, but it will take some sacrifice on our part.

Free yourself from AT&T’s long-term contract that has you shackled like an indentured servant and go with a company that understands our plight. Take your phone back to AT&T and dash it at their feet.

Close your Citibank account and cash in your annuity, then deposit those funds with a financial institution that donates dollars to those that promote our causes on Capitol Hill.
Make a call to Schwab—the corporation and the man—and let that mercantile merchant know that from this point forward you’ve decided to let someone else grow rich from your currency.

Tell them all, “No More, Not Ever Again!” 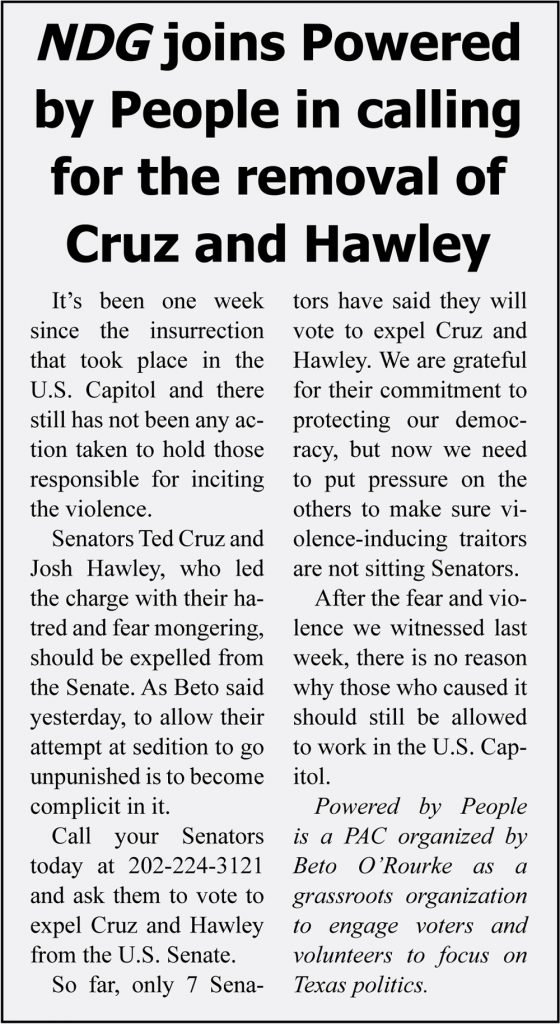 Tone deaf Corporate America blasted for trying to ‘own Juneteenth’