NDG Book Review: ‘On Juneteenth’ is a fast, insightful read

And you know what that means: fireworks, good food, family and friends gathered around. You have something to fȇte, to mark happily or solemnly or importantly. It’s something you want your kids to remember. It’s a party, but read “On Juneteenth” by Annette Gordon-Reed, and ask yourself if you really know what you’re celebrating.

When she learned a few years ago that the marking of Juneteenth was slowly making its way around the rest of the country, Annette Gordon-Reed was a little upset. That was a Texas thing, she believed, and so it should stay. She was a bit protective of it all. 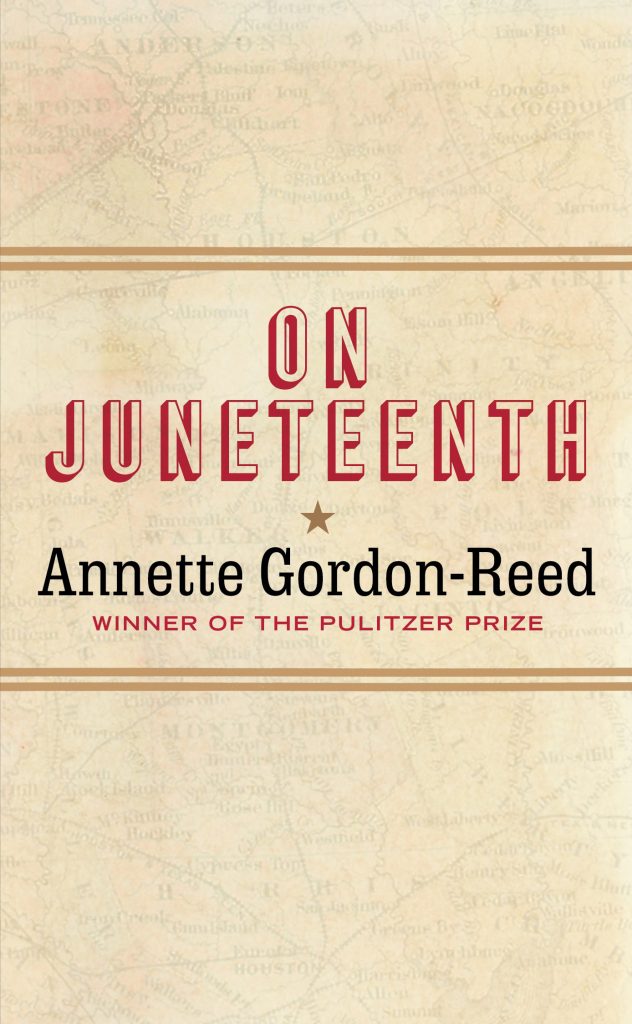 But then she began to realize that sharing the holiday everywhere was a good thing. Juneteenth, she says, or June 19, 1865, “was the day that enslaved African Americans in Texas were told that slavery had ended, two years after the Emancipation Proclamation had been signed…” It was “shocking” on two levels: that slavery was over, and that Black Texans were suddenly “on an equal plane of humanity with whites…” That, she says, “was of enough consequence to the entire nation that it should be celebrated nationwide.”

Sometimes, she says, Texas itself is an enigma to much of the rest of America, and mythology replaces facts in peoples’ minds. Texas, for instance, is not all desert and sagebrush. It’s more than longhorn cattle, Stetsons, cowboys, oil rigs, and Native Americans. There’s more to the people of the Lone Star State than what old westerns will teach you, and that includes a history of African people in Texas, the first of whom floated on a raft to the Galveston area well over 300 years before Juneteenth.

Still, it wasn’t until 1872 that four Black Houstonians decided to throw together some money for land they set aside for celebrating. The park they established still exists; so does Juneteenth and its traditions, thanks to “so much Texas history brought together for this one special day.”

And now you know – or at least you will, completely, once you’ve read “On Juneteenth.”
In that, you’ll get a quick, 149-page lesson in history that seems initially to meander – not a bad thing, since Pulitzer Prize-winning author Annette Gordon-Reed uses the journey to educate readers on such varied subjects as language differences, misunderstandings, movies, The Yellow Rose of Texas, hidden references to slavery, and other things that white history’s often glossed over. Yes, that may seem like a lot to pack into such a slim volume, but you won’t feel rushed or overwhelmed here; instead, and because Gordon-Reed takes readers to her grandparents’ farm between lessons, this book is a treat, rather like summer vacation with a museum trip or an informational tour and ice cream at the end.

Absolutely, look for this book. You can use “On Juneteenth” as a good refresher course, if you’ve already ordered the fireworks and meats for the barbecue. If you’re new to the celebration, grab the book, tuck it in your pocket, and won’t it be a party?

Previous articleA celebration of fatherhood
Next articleDeed and Word