NDG Book Review: ‘No One Succeeds Alone’ is a lesson to remember

Everything you know, you learned from Mom.

And Dad. And Grandma, Grandpa, six cousins, three playmates, a neighbor, thirty-one teachers, a coach somewhere along the line, your spouse, and a kid or two. And if you’re smart, you’ll keep your eyes open because everybody has something to teach you. As you’ll see in “No One Succeeds Alone” by Robert Reffkin, that’s the best way to get ahead.

Almost from the moment he was born, Robert Reffkin was encouraged to succeed: at bedtime, rather than wishing her son “Sweet dreams,” Reffkin’s mother told him to “have big dreams.” 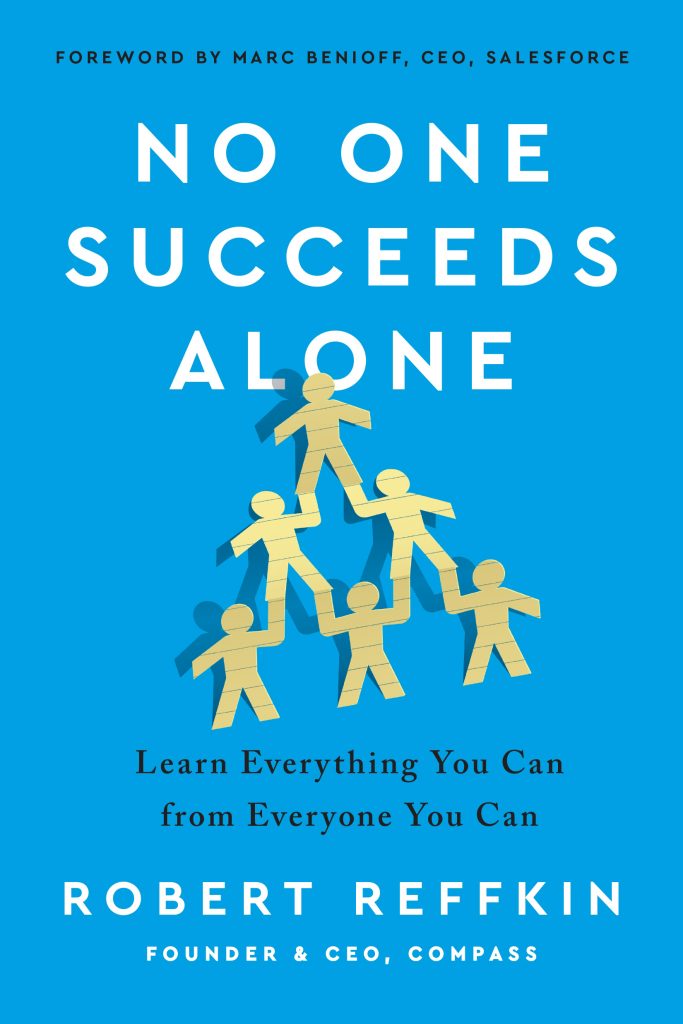 That wasn’t easy for him, though.

Reffkin’s Black father abandoned his family when Reffkin was young, his mother was a Jewish immigrant from Israel, and this mixed lineage caused Reffkin to feel “out of place my entire life,” he says. Even his maternal grandparents spurned him but none of these things negatively affected Reffkin. He used them as inspiration to do better.

He was a small businessman in high school, first selling products on the bus to school, then launching a DJing business shortly after that. When it came time to apply for college, he used his successes and things he’d learned to strive for his dream college, despite that a counselor told him not to bother. His curiousity was strong; what he absorbed helped build his businesses, including Compass, a real estate technology company.

To succeed, says Reffkin, ignore haters, naysayers, and rules that are meant to be bent. Be supportive of others, children, in particular. Thank those who support you, including your Mom, because “None of us got where we are on our own.” Keep in mind that “The real rules of the game are never written down.” To get help, be helpful. Don’t be afraid to emulate the people you admire, or to try to copy their methods for success. And finally, do what Reffkin did with this book: “Turn your story into a beautiful narrative that inspires others.”

The saying is this: There is no I in Team. There is in “WIN,” though, and that’s what you get when you read “No One Succeeds Alone.”

For the entrepreneur who doesn’t know where to start, author Robert Reffkin offers so much advice that you may feel overwhelmed: there’s something to remember, highlighted and easy to find, just about every couple pages. These things fit seamlessly into this book, more in the way that a header for a biography might, which subtly makes the story-lessons stand out better amid the chatter here. Indeed, Reffkin indulges in a small amount of righteous humble-bragging, but he also shares enough stumbles to make his story relevant; this biographical aspect will appeal to a wide variety of readers, including C-Suiters, whether they’re looking for business advice or not.

If your office is filling up again and your staff is now returning, this book might be a great way to ease back into the swing of things. For businessfolks and staff, “No One Succeeds Alone” might underscore everything you know.

Previous articleJesus: Prince and Savior
Next articleThe Importance of Protecting Your Backup Data from Ransomware Attacks