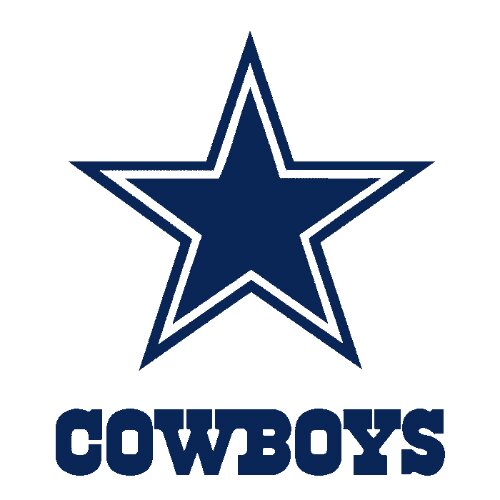 Cowboys loss to Steelers disappointing, but not foreboding

In the National Football League’s first preseason game since 2019, the Pittsburgh Steelers defeated the Dallas Cowboys, 16-3, in the Hall of Fame Game on Thursday night in Canton, OH.

But who won and who lost wasn’t of major importance to the Cowboys, who are coming off a disappointing 6-10 season and have high hopes of improving their defense, their turnover ratio, and getting quarterback Dak Prescott back to his 2018 Pro Bowl form.

Prescott — and 15 of his frontline teammates — didn’t even make the trip to Canton. Instead, Prescott remained at the Cowboys’ training camp facilities in Oxnard, CA, as he recovers from the strained right shoulder he suffered last week in practice.

In the game itself, coach Mike McCarthy thought some of the young players performed well. Quarterback Garrett Gilbert, Ben DiNucci and Cooper Rush took turns running the offense as they battle for the backup signal-caller role behind Prescott.

Gilbert was 9-of-13 for 104 yards, DiNucci completed seven of his 17 passes for 89 yards and an interception, and Rush had eight completions in 13 attempts for 70 yards.

Meanwhile, prized rookie linebacker Micah Parsons recovered a fumble on the Steeler’s first possession of the game that led to the Cowboys’ only score; a 29-yard field goal by Hunter Niswander.

“That’s great work for the quarterbacks,” McCarthy said. “There were a lot of good situations that we had (Thursday).”

It’s a Cowboys’ defense that last season was 23rd in yards allowed per game (386 yards), 28th in scoring (29 points), 31st in rushing yards allowed (159 yards) and suffered numerous breakdowns and busted coverages. But under the direction of first-year defensive coordinator Dan Quinn, the Cowboys hope all of that will change for the better.

In addition to Prescott, running back Ezekiel Elliott and receivers CeeDee Lamb and Amari Cooper were among the Cowboys who did not play against the Steelers. Besides his shoulder injury, Prescott also is returning this season from a dislocated and compound fracture of his right ankle that forced him to miss the last 11 games of last season.

Talking at halftime of Thursdays game on FOX, Prescott isn’t overly concerned about his shoulder or his ankle.

“As far as my ankle, I’ve done so much rehab,” Prescott said. “The work continues — a lot of hours just to get myself back and I’m very confident. I don’t think it’ll take any time before I’m back out there.

“The practices that I’ve had I didn’t think about my ankle. I was just being a part of the offense and being a part of all of it. So now it’s just about getting the shoulder behind me.”

Prescott said he and the Cowboys are just being cautious, and he pointed to the Sept. 9 regular season opener in Tampa Bay against Tom Brady and the Super Bowl champion Buccaneers as to when he hopes to be clicking on all cyclinders.

“We’re taking it day-by-day, obviously,” Prescott said. “It’s five weeks before the season opener, so I’ve got a lot of time.

“I’m going to use that time to get myself ready for that game.”

Rico Dowdle (eight carries, 43 yards) and DiNucci (two carries 34 yards) led the Cowboys in rushing against the Steelers, and Malik Turner had four receptions for 47 yards, as 14 different players caught at least one pass.

Also, the Cowboys, who led, 3-0, at halftime, turned the ball over three times while forcing just one turnover themselves. And in addition to his 29-yard field goal, Niswander had a field goal blocked and missed another one from 52 yards.

As a whole, no NFL team played any preseason games last year because of the coronavirus pandemic. So to get back onto the field in front of a large and energetic crowd was a bonus for both the Cowboys and Steelers.

“We didn’t win the game,” McCarthy said. “But I thought our guys did a lot of good things (Thursday).

“I feel good about the foundation that we’re building.”

The Cowboys have already traveled back to Oxnard where they’ll participate in an intra-squad game against the Los Angeles Rams on Saturday in preparation for an Aug. 13 preseason game at the Arizona Cardinals.

“I’m more about building what we’re able to accomplish,” McCarthy said. “Definitely, there’s going to be a lot to correct, but these are good things that we can learn from and build.

“And I think the fact that we have (the Steeler game) and then the Saturday work against the Rams back-to-back, I think come this time Monday we’re going to feel pretty good about where we are.”