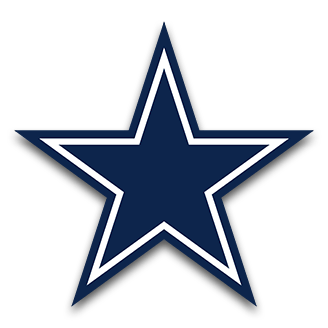 Dallas suffers third preseason loss at the hands of the Texans

No, quarterback Dak Prescott didn’t play in the Dallas Cowboys’ 20-14 preseason loss to the Houston Texans this past Saturday at AT&T Stadium.

And he certainly won’t play in Sunday’s 12 noon home preseason finale against the Jacksonville Jaguars.

However, Prescott was able to complete an astounding 51 of 52 passes during warmups prior to the loss to the Texans. And for now, that’s all Cowboy followers are going to get out of their prized quarterback prior to the Sept. 9 regular season opener at Tampa Bay against the defending Super Bowl champions.

“He hit the target with a number of throws,” Cowboys head coach Mike McCarthy said of Prescott. “I had a chance to watch it.

“I thought he looked good, and the most important thing is how he feels afterward. I thought he had another good day and the opportunity to go back-to-back is important. So, still continue to build up on the level of throws.”

Prescott strained his right latissimus shoulder muscle last month while the Cowboys were training in Oxnard, CA. He also is coming off the dislocated and compound fracture of his right ankle that he suffered on Oct. 11.

The Cowboys have repeated said if this was opening day against Tampa Bay, Prescott would be in the starting lineup. But it’s preseason, and the Cowboys are not in the mood to take any chances with the face of their franchise.

While Prescott and the Cowboys continue to be patient with his return, the heated race for the backup slot behind Prescott continues. Against the Texans, Cooper Rush gained the upper hand over Ben DiNucci and Garrett Gilbert.

“It’s always a competition,” Rush said. “Every day you’re going out there to compete. That’s kind of what training camp and preseason is about &ndash; especially at this position.

“So, us having four (preseason games) this year instead of three, with us playing four games, I’m looking forward to next week, too.”

Rush was certainly overly pleased with his production against the Texans.

In the meantime, wide receiver Amari Cooper said he felt good just to get in a game for the first time since last season. Cooper described his day against the Texans as successful.
“I wouldn’t say I’m rusty,” Cooper said. “I would say I haven’t played in a long time. I haven’t ran routes against somebody in a long time.

“This was my third time to have the pads on since January. Not rust. I needed to get that feel of competing before it actually matters.”

McCarthy was delighted that Cooper was even able to get in the game against the Texans and get some snaps.

“Amari’s had a great week of practice,” McCarthy said. “Just to really get him back in there was the point.

“Frankly, we just played Amari, Michael (Gallup), and CeeDee (Lamb) the first two series. Just wanted to get them approximately 10 to 12 snaps.”

Cooper was not perturbed by the fact that he didn’t have any receptions against the Texans, and wasn’t even targeted not one time.

“I had practiced only twice before today,” Cooper said. “It felt kind of foreign for me to be practicing.

“I haven’t done anything in seven months. Without playing in the fourth preseason game, I’ll get the opportunity to practice for three weeks.”

The same could be said for Prescott, who is more than anxious to get back in a game for the first time since Oct. 11.