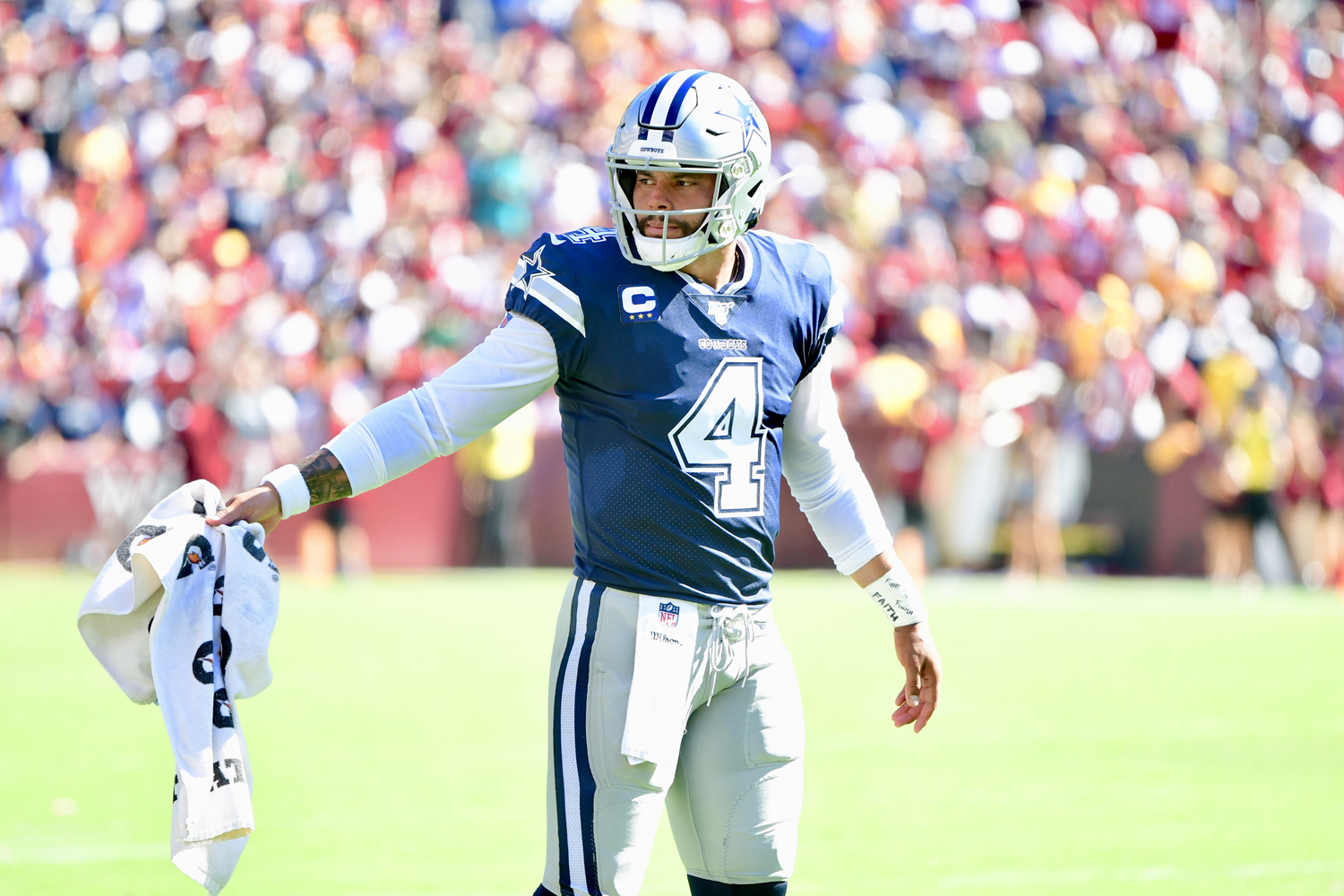 It’s been a long time since so much optimism has been afforded the Dallas Cowboys — after a loss. But such was the case after the Tampa Bay Buccaneers edged the Cowboys, 31-29, last week.

Cowboys quarterback Dak Prescott was playing his first game in almost 11 months — after overcoming last season’s gruesome ankle injury and surgery, and a strained right shoulder suffered in this summer’s training camp. So no one knew how Prescott would react after not having played in a game in 333 days.

Meanwhile, the Bucs are the reigning Super Bowl champions. And they were playing at home. And they have quarterback Tom Brady.

But with Prescott surprisingly passing for 403 yards and three touchdowns, suddenly the rest of the season looks promising for the Cowboys, starting with Sunday’s 3:25 p.m. kickoff in Los Angeles against the Chargers.

“We’ll get better because of this (loss),” Prescott said. “There’s plays that we left out there that could have resulted into touchdowns.

“It’s Game 1, it’s a long season, but we’ve got to make sure that we get better from this one and allow this to propel us.”

Even running back Ezekiel Elliott was singing the Cowboys’ praises after the Bucs held him to just 33 yards rushing on 11 carries.

“We just fell short, but I like where we’re at right now. I think we definitely can build off this.”

If the Cowboys can build off the loss to the Bucs, they’re going to have to do it in the immediate future without receiver Michael Gallup and offensive right tackle La’ el Collins.

Gallup will be sidelined three-to-five weeks after missing the majority of the second half of the game against Tamp Bay with a calf strain. Cedrick Wilson and Noah Brown likely will get the lion’s share of the playing time in Gallup’s absence.

Collins, meanwhile, has been suspended for five weeks by the NFL for violating the league’s substance abuse policy. Collins, who missed the entire 2020 season following hip surgery, isn’t eligible to return to the active roster until Oct. 18 — one day after the Cowboys’ Week 6 game at New England.

“I know the timing is a bit awkward,” head coach Mike McCarthy said of Collins’ suspension. “But it’s something I really can’t talk about right now.”

Ty Nsehke and Terence Steele were the primary backups in training camp at offensive tackle. Plus, six-time Pro Bowl left tackle Zack Martin will be back in the lineup after missing the Tampa Bay game because he testing positive for Covid-19.

The last time the Cowboys’ top three offensive linemen — Tyron Smith, Martin and Collins — were in the starting lineup together was the 2019 Week 16 game in Philadelphia. The Cowboys know those issues on the offensive line must be resolved before this team can reach their full potential.

“The health and continuity of your offensive line, if you look at it historically, equates to winning,” McCarthy said. “So that’s something to pay attention to.

“But in the same breath, injuries are part of the game. I think if you look at the way we had all our roster development trying to keep as many players as possible, this is why. It’s going to take 75-plus players to be successful.”

If Prescott can continue playing the way he did against the Bucs, the Cowboys probably will have more than their share of success this season. Prescott threw a career-high 58 passes for 42 completions against Tampa Bay with only one interception.

Amari Cooper caught 13 of Prescott’s passes for 139 yards, and also had a pair of touchdown receptions.

“I thought Amari played very well,” McCarthy said. “He obviously had a lot of targets, a lot of catches, a lot of production. I thought he did a good job with yards after the catch.”

CeeDee Lamb also caught seven passes for 104 yards and a touchdown against the Bucs.

The Cowboy can be extra successful if their defense can duplicate when it did against the Bucs when they forced Tampa Bay into committing four turnovers.

“I think we’ve got a chance to be a really good defense,” rookie linebacker Micah Parsons said. “We just got to do the little things, communicate, talk and get better.

“There’s a lot of potential left in this team. We’re young too, and we’ve got to make sure the young guys mix in with the old guys.”

Through it all, heading into the game against the Chargers, the positivity chart is trending upward for the Cowboys.

That’s why in the aftermath of the loss to Tampa Bay, Prescott was telling the Bucs the Cowboys will see them at some point in the NFC playoffs.

“I think I told everybody we’ll see them again,” Prescott said. “That’s just the confidence that I have in this group and the expectations I have.

“This is a playoff team that’s going to make a big push this year and we’ve got to continue to get better. We’ve got a good team and good men, and I’m excited about this season.”

Dallas suffers third preseason loss at the hands of the Texans

Cowboys fall to 0-2 in preseason contest against Arizona