Buttoned up, lips sealed, under wraps. The secret’s safe with you.

No matter how others beg, tease, or try to trick you into telling, you can hold something on the Q.T. until the day you die. You’re trustworthy, dependable, discreet, and you don’t blab. People admire that, and seek you out. And as in the new book “Agent Josephine” by Damien Lewis, they might kill you for it.

When Josephine Macdonald was a small child in St. Louis, Missouri, she grew to understand that her mother resented her for merely being born. Though Carrie Carson worked hard to keep the family fed, there was never enough money so little Josephine proudly contributed to the family by working as a maid and by dancing and street-performing for coins. That made her happiest. 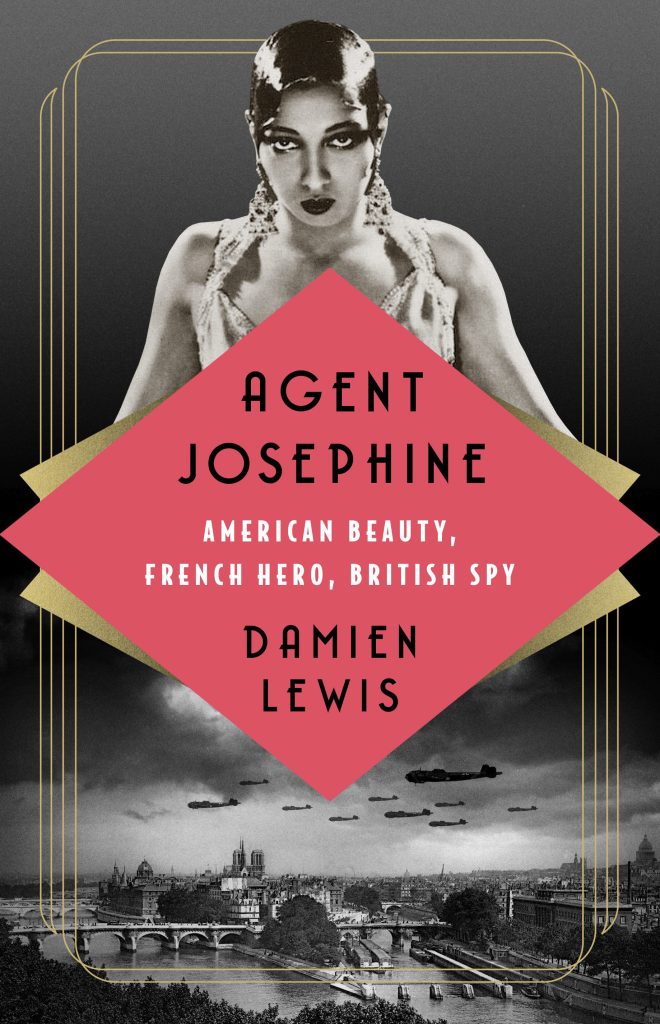 Later, after she realized that she could actually make a living performing, she found stage work but Jim Crow laws were a constant in her life. Believing that leaving America was her best option, she headed for Europe in the 1920s, where she knew that racism wasn’t as entrenched.

Alas, most European countries were not welcoming, either. Everywhere but in France, she was looked upon with disgust. And so, says Lewis, Josephine married a Frenchman, took his last name, relinquished her American citizenship, and gave France her heart.

In the later part of the 1930s, when it became obvious that Hitler and the Nazis were becoming dangerous to the rest of Europe and to the world, authorities began looking for what they called “Honorary Correspondents” to help collect covert information and to pass messages. “HCs” possessed intelligence. They were calm and patriotic people of means.

With her star power and her people-skills, Josephine Baker was considered immediately; officials were surprised when they interviewed her to find that she was “a natural.”
And so Josephine became a spy, fighting the Nazis until danger made her temporarily flee to a small village in France. In a Chateau there, waiting word from her associates, was “the world’s most famous woman of colour, who hungered to fight.”

The very first thing you’ll notice about “Agent Josephine” is that it’s a brick. That should alert you immediately to what’s in store for you: author Damien Lewis dives deep.

In his introduction, he explains what spurred him to write this book and the turns his research took, from America to Europe and into the darkest of corners of nearly-century-old history. There are jaw-droppers in what he found, and questions that still remain classified. Readers can take that as an alert, too: there’s a lot of European history to unpack to get to the biography for which you grabbed this book. Baker’s story is there, but it’s eked out amid a long, complicated story of World War II espionage, and a well-more-than-basic knowledge of Europe, 1933-1945, is a must.

Without it, you may flail – although a love of a good spy story could redeem this book for fans of thrillers. If that’s you, there’s no need to keep “Agent Josephine” under wraps.

NDG Book Review: ‘What the Children Told Us’ is an eye-opener

NDG Book Review: ‘Our Gen’ is a delightful surprise