(NDG Wire) Gladys E. Hodge, also known as “Terri Hodge,” who was to go on trial early next month on charges outlined in a 31-count indictment charging 14 public officials and their associates with various offenses related to a bribery and extortion scheme involving affordable housing developments in the Dallas area, has pleaded guilty, announced U.S. Attorney James T. Jacks of the Northern District of Texas. As a condition of her plea with the government, Hodge, who was elected to the Texas House of Representatives, District 100, in 1996, and re-elected to the same position in 1998, 2000, 2002, 2004, 2006 and 2008, has agreed to resign her office and never seek or hold future public office.

Hodge entered her guilty plea this morning, before U.S. District Judge Barbara M.G. Lynn, to fraud and false statements on an income tax return. She faces a maximum statutory sentence of three years in prison, a $100,000 fine, and restitution to the IRS. At the hearing, Judge Lynn indicated that she would be setting the sentencing date as expeditiously as possible. 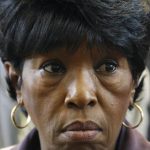 According to the factual resume filed in the case, over the course of her tenure as a state representative, Hodge supported Southwest Housing Development Company, Inc. (SWH) developments which, among others, included affordable housing developments in District 100. Co-defendant Cheryl L. Potashnik, the wife of co-defendant Brian L. Potashnik, a real estate developer and the founder, president and a principal of SWH, served in multiple roles in management and development of SWH, including that of chief operating officer and principal of SHW. Cheryl Potashnik pleaded guilty to bribery in connection with benefits given to Hodge by the Potashniks and SWH.

According to the factual resume filed, sometime on or before February 27, 2002, Hodge asked Brian Potashnik for assistance in the form of affordable housing for herself within the geographical boundaries of her political district. She indicated that she had financial problems and could not afford to pay the full rate for housing. Beginning in April 2002, the Potashniks made arrangements to provide Hodge with housing in one of SWH’s market-rate affordable housing development units, which was located at Rosemont at Arlington Park in District 100. Hodge moved into the apartment on April 1, 2002, and renewed her lease, at the same rental rate of $200 per month, in November 2002 and again in March 2003. As reflected in the executed lease agreements, the market rate for this unit was $899 per month, and the difference in rent was paid by the Potashniks.

In addition, the Potashniks paid the utility bills on the apartment from their development funds and provided new carpeting for her house located on Abrams Road in Dallas. The carpeting cost $1,995 and was paid for by the construction arm of SWH, a company named Affordable Housing Construction, Inc.

The total value of the rental subsidies, utilities and carpeting provided to Hodge by the Potashniks from 2002 through 2005 was $32,541. None of this amount was included as income on the corresponding federal income tax returns for the tax years in which it was received by Hodge.

The plea documents further state that Hodge had additional income, in tax years 2001 through 2005, totaling $41,465, comprised, in part, of campaign contributions which she used for her own personal benefit and which she did not include as income on the corresponding federal income tax returns for the tax years in which she received it.