Beyond the Rhetoric: Notes from the Dominican Republic 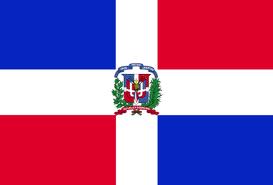 The weather was perfect. The facilities were clean and professionally run. All participants wore smiles and had no complaints. The cuisine was abundant and was presented as an All Inclusive Plan. Such was Punta Cana, Dominican Republic in the heart of the Caribbean Ocean. It was the venue of our 2nd PanAfrican Entrepreneurs Conference – an international extension of the National Black Chamber of Commerce. Last year’s conference was in Houston, TX which was mainly organizational. This one was about action and making serious plans for progress during 2014.

A major highlight of the conference was the growing affinity between the NBCC and the people of Colombia. We, hereby, introduce to the world the African American Chamber of Commerce of Colombia. It is a charter member of the NBCC and has the leadership of Luis Carlos G. Playonero as General Director. It has a documented 650 bona fide members and has received the recognition of the Colombia government. Juan Camilio Cabezas is the assigned Project Manager representing the President of Colombia to work with this new chamber and to assist in our collaboration. This is unique in the world. Most of our international chambers are extensions of the ruling party of Parliament and do nothing without orders and the blessings of the Prime Minister or President. This chamber in Colombia is free standing and self-governing just like the NBCC. We love it!

Our first mutual project will be a full fledge Trade Mission to Colombia during the month of April 2014. The majority of the Black population of Colombia is along the Pacific Coastline with the city of Cali being the center point. The Trade Mission will be held there. We will identify projects in both nations and start to encourage joint ventures between the members of both chambers. A major Match Making event (between companies and live projects) will occur during a week in April, 2014 in the lovely town of Cali, Colombia. This is going to be historical.

Colombia has the highest percentage (16%) of Blacks in any Spanish speaking nation which makes this a natural in terms of potential and selection. There are 187 Black mayors in Colombia right now. Also, the United States now has a Free Trade Agreement with Colombia which makes all business activity duty and tariff free. Things will never be the same. Last week, we heard Colombia President Juan Manuel Santos give a very encouraging speech at the US Chamber of Commerce in Washington, DC. We are so motivated!

We also found opportunities in the Dominican Republic which is part of the CAFTA-DR free trade agreement. The United States has a sizeable network of Dominican American owned grocery stores (especially along our East Coast). It makes perfect sense to provide Value Added processes to the Agri-Business products of Dominican farms and ship them to the Dominican American stores for consumption mainly from Dominican Americans. For example, there is a desirable cheese product in the Dominican Republic which just needs to have approved wrapping for importation to the United States. The entrepreneur who satisfies that need will be making a sizeable amount of profit. Madam Yahaira Sosa Machado, Vice Minister of Exterior Commerce, gave a very thorough presentation to our conference participants and we will be following up with her in a major way.

Our members in Surinam, South America were present and gave an impressive proposal. They have ownership of 21,000 square acres of land that is farmable and possesses gold and other minerals. They have the land and we have the expertise. They propose a formal partnership. Our office has made two trips to the nation already. We will begin implementation of a strategic plan beginning in May, 2014.

Our 22nd Annual Conference for the National Black Chamber of Commerce will be held in downtown Chicago, IL during July 10 – 14, 2014. That will give us an opportunity to report on the progress of the above and to further gather more resources in our worldwide endeavors. We expect this to be our largest event ever. Stay tuned for details.

The remainder of 2014 will involve two other major venues. We have established a “beach head” in Senegal. A formal Trade Mission will be planned for this nation shortly. It will have a focus on the Fashion Industry but not exclusive from general trade and infrastructure. The other venue will be Havana, Cuba. Yes, we are going back at last. Currently we are screening licensed travel agents and will decide on an exact date within the next 30 days. Cuba is allowing small business activity and land ownership now and that makes the timing just great. All national business organizations, including us, want the doors to Cuba to open wide. The timing is right and capitalism is going to win in the end.

As you can see, our 2014 is going to be our most productive year ever. To God be the glory!