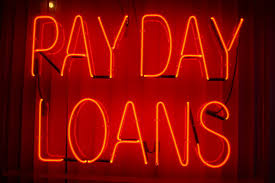 In recent weeks a consistent drum beat against predatory lending’s small dollar loans has reached regulators and legislators alike. Broad consensus on the real-life harms caused by these lending products has united consumers in all 50 states and forged an unprecedented call of concern linking 467 organizations including civil rights leaders, clergy, labor, veterans, elder and consumer advocates.

Pending legislation and an upcoming rule by the Consumer Financial Protection Bureau (CFPB) together triggered a deluge of advocacy with a single purpose: stop the debt trap of triple-digit interest rates on a range of predatory products like payday, car title and high-cost installment loans.

In September before the Senate Committee on Banking Housing and Urban Affairs, Hilary Shelton, Director of the NAACP Washington Bureau testified on the specific harms inflicted on communities of color.

“We need to rid our neighborhoods of predators and stop the proliferation of abusive predatory lending products that strips, rather than builds, financial health and wealth in our communities,” said Shelton.

In October, the National Association of Evangelicals (NAE), representing more than 45,000 churches and 40 different denominations, sent a resolution to CFPB Director Richard Cordray, the nation’s top financial cop. In part it states, “We call on the Consumer Financial Protection Bureau to investigate predatory lending abuses and to establish just regulations that protect the poor in our communities.”

“Christians and churches should also advocate for just and responsible practices among lenders and reasonable state and federal regulations that protect the poor in our communities,” added Galen Carey, NAE vice-president.

On the heels of NAE’s resolution, 467 consumer advocates representing every state in the nation and more than a million consumers called for specific minimum standards in the small-dollar rulemaking. Coordinated by Americans for Financial Reform, the allies urged CFPB Director Richard Cordray to end payday, car-title and high-cost installment loans with 300 percent interest or higher interest rates. After citing well-documented research on predatory lending, the group letter reminded the regulator of the serious harms caused to consumers.

“All one needs to do is travel a street in a low-income community or community of color to witness the strikingly high concentration of payday and high-cost lenders. Additionally, these loans are particularly devastating to individuals with a fixed-income, such as seniors on retirement or Social Security income,” states the letter.

1. Require the lender to determine the borrower’s ability to repay the loan – including consideration of income and expenses;

2. Restrict lenders from requiring a post-dated check or electronic access to a borrower’s checking account as a condition of extending credit;

3. Establish a 90-day limit on the length of indebtedness in a 12-month period – the same limit first-identified in 2005 by the Federal Deposit Insurance Corporation; and

4. Ban repeat loans or any others that allow poorly underwritten loans to be made.

Since 2005, no state has authorized loans that require full repayment within two weeks with an average interest rate of 400 percent. To date, the District of Columbia and 15 states have enacted double-digit rate caps on payday loans.

In other states where legislatures have failed to enact meaningful reforms, cities have enacted municipal ordinances that curb these abusive loans. For example, a growing number of cities in Alabama, Iowa, New Mexico and Texas have enacted local protections.

“It’s hard to argue that those at the bottom or on the margins need to pull themselves up by their bootstraps when those bootstraps are so expensive,” wrote Mayor Albert B. Kelly of Bridgeton, New Jersey. “One crisis leads to a loan with outrageous interest rates-the borrower has trouble paying — they rollover the debt with more interest and it keeps going.”

“They get buried by the interest and they never get out of the cycle,” continued Mayor Kelly. “There’s a lot of money to be made off of those on the margins, but there’s a point where it’s just wrong and not in the country’s long-term interests.”

The 467-allied organizations phrased their hopes for reform efforts this way, “The changes we are urging put predatory lenders on the same footing as other lenders, requiring them to play by the rules and make fair loans.”

Here’s hoping that CFPB’s new rule will provide the full range of protections that are clearly needed.

Charlene Crowell is a communications manager with the Center for Responsible Lending. She can be reached at Charlene.crowell@responsiblelending.org.

Let your 2022 vote be a vote for humanity

Fighting an Unjust System: The Bail Project helps people get out of jail and reunite families