The arrogance of Barkley and Dikta is astounding 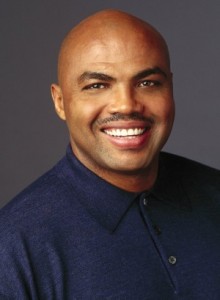 In the middle of turmoil between police officers and unarmed African-Americans is the need for ex-pros Charles Barkley and Mike Ditka to be towed into the 21st century. Ditka and Barkley came from poor, hard-working families. Dikta, born Michael Dyczko to an Ukrainian family in Carnegie, Penn., excelled in football to escape working in the Pennsylvania steel mills and factories of the 1950s and 60s. Likewise, Barkley excelled in basketball to escape generations of poverty and racism in tiny Leeds, Ala. in the 1970s and 80s.

Old-school men love these guys. They allowed Joe Blow and Sammy Washington to validate their own unfiltered and uncompromised opinions. Now we have a nation full of no-named Ditkas and Barkleys all over the internet on Twitter and Facebook, saying whatever they want without any facts behind it. They take their cues from Barkley ad Ditka.

Mike Ditka, who calls himself an “ultra conservative,” recently said that the citizens of Ferguson, Mo., used the police killing of teenager Michael Brown as “a reason to protest and go out and loot.” He confessed that he didn’t understand the uproar, and that he doubted the St. Louis Rams football players who flashed a “hands up, don’t shoot” gesture prior a recent game against the Oakland Raiders “care about Michael Brown or anything else.”

After playing professional football for 11years, coaching for a dozen more, and now commenting on hundreds of NFL games and thousands of players – many of whom happen to be Black as well – you would think Ditka would know a little more about African-American culture to at least be sensitive to the complexities of American society and race. But evidently, at age 75, Ditka has apparently learned nothing about Blacks.

I find this lack of knowledge and sensitivity amazing. But it happens every day in America. Many ethnicities, cultures, races, creeds and classes go to work and sit next to each for 40 or 50 years, and still don’t know enough about each other to care. Mike Ditka calls it being “old-fashioned.”

I call it being selfishly American. The truth is more complex than a bunch of shocking sound bites. That’s where Charles Barkley comes into play as an Alabama Black man, who often gets away with saying things that Whites and Blacks consider cute, mainly because he says it so shamelessly with his country accent. But that doesn’t make what he says factual or even logical.

Barkley has now aggravated his own family members by calling the Ferguson looters “scumbags.” He then went on to explain himself by adding more kerosene to the fire.

“In all fairness, there are some people out there who are crooks. We, as Black people, got a lot of crooks.”

Well, thanks a lot, Mr. Barkley. I’m sure thousands of hardcore police will just love that one. But the truth is: every race, culture and class has crooks, particularly when they are challenged by economic imbalances. British, Italian, Irish, Jewish, Polish, Russian, Australian, Spanish, French, Mexican, Canadian, Brazilian, Jamaican, African, Korean, Japanese, Chinese, you name it; we all have crooks. The United States of America itself is based on the stolen land of crooks, who no longer want us to talk about it. African-Americans, also happen to be stolen people. But that’s too much information to handle in this limited space.

That’s the problem with Ditka and Barkley. Their shoot-from-the-lip comments create more American extremists, who are eager to press the kill button, while still lacking vital information. This extreme emotionalism of uniformed people creates a society of angry warmongers, who are unwilling to comprehend the logic of more humane compromise.

Meanwhile, Ditka and Barkley remain above the fray as esteemed and wealthy citizens, corralling the masses to war with their gladiator swords and shields in hand, regardless of whether they understand the full impact of their uninformed words and actions.

Omar Tyree is a New York Times bestselling author, an NAACP Image Award winner for Outstanding Fiction, and a professional journalist, who has published 27 books, including co-authoring Mayor For Life; The Incredible Story of Marion Barry Jr. View more of his career and work @ www.OmarTyree.com

Celebrate the season with holiday happenings at Texas State Parks

The Center for Journalism & Democracy opens at Howard University