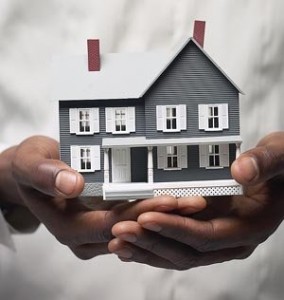 Although a series of civil rights laws were enacted in the 1960s, in the 21st Century many of these victories continue to face legal challenges. On January 21, one such challenge was heard by the United States Supreme Court. By the time the Justices rule in the case of Texas Department of Housing v. Inclusive Communities Project, the nation’s Fair Housing Act of 1968 will either be gutted or strengthened.

Lawyers argued whether the Fair Housing Act was intended to apply only to intentional discrimination or whether policies and practices that lead to exclusionary racial patterns are within the scope of the law, causing “disparate impact.”

In 2008, The Inclusive Project, a nonprofit organization that advocates fair and affordable housing in the Dallas metro area, sued the Texas Department of Housing and Community Affairs. It charged the state agency with perpetuating racial disparities violating fair housing by the way it used an indirect federal subsidy called Low-Income Housing Tax Credits (LIHTCs). The tax credits, used across the country to support permanently affordable rental housing options for low-income families, were alleged in Texas to target minority areas while excluding them in predominantly White ones.

In March 2014, the U.S. Federal Fifth Circuit of Appeals agreed with The Project. Undaunted by the appellate decision, in May 2014, the Texas agency petitioned the U.S. Supreme Court.

Since then, amicus or “friend of the court” briefs have been filed by a number of diverse organizations that include AARP, Hope Enterprise Corporation, Howard University School of Law Housing Clinic, Judicial Watch, Lawyers’ Committee for Civil Rights Under Law, NAACP Legal Defense and Education Fund, National Black Law Students Association, the National Fair Housing Alliance and the Center for Responsible Lending (CRL).

Fair housing advocates have raised their voices and organized protests to mount pressure that conveys just how important fair housing is to the nation’s citizens and its economy.

Speaking at a January 21 midday rally organized by the National Fair Housing Alliance and held on the steps of the U.S. Supreme Court, Nikitra Bailey, senior vice-president with CRL said, “Today the question before the Supreme Court is a simple one: Will the court stand on the side of justice and fairness by upholding disparate impact as a critical tool under the Fair Housing Act, or will it take a step backwards in our nation’s storied history and allow rampant discrimination in housing and finance markets to go unchecked?”

“The answer for the court should be easy,” continued Bailey. “Disparate impact is a longstanding safeguard for fairness – it simply requires that policymakers, banks and other housing service providers pick the fairest option to avoid discrimination.”

Myron Orfield, a professor of law and director of the Institute on Metropolitan Opportunity at the University of Minnesota, was equally direct on the issue in a recent blog.

“If the Supreme Court holds that there is no disparate impact cause of action under the Fair Housing Act, it will remove the single most effective tool available to fight discrimination and segregation,” concluded Orfield.

In recent years, two other cases with essentially the same arguments were settled before the Roberts Court could rule. In this third case, the likelihood of a settlement appears remote.

Key federal agencies have fully embraced disparate impact as central to their work. For example, in a 2012 address before the National Community Reinvestment Coalition, Richard Cordray, director of the Consumer Financial Protection Bureau, said, “We cannot afford to tolerate practices, intentional or not, that unlawfully price out or cut off segments of the population from credit markets.”

Less than a year later in February 2013, HUD issued its own disparate impact rule holding that housing discrimination and lending occurs not only by intent; but also by effect. At the time, HUD Secretary Shaun Donovan said, “Through the issuance of this Rule, HUD is reaffirming its commitment to enforcing the Fair Housing Act in a consistent and uniform manner. This will ensure the continued strength of one of the most important tools for exposing and ending housing discrimination.”

Earlier mortgage research by CRL found that racial disparities really meant that communities of color bore a disproportionately large share of foreclosures, lost wealth, and deteriorating quality of life. African-American and Latino borrowers were, respectively, 2.8 and 2.3 times as likely to receive a mortgage loan with a prepayment penalty – even though many of these borrowers could have qualified for more affordable and sustainable loans. At the height of the foreclosure crisis, borrowers of color were also foreclosed at rates nearly double that experienced by Whites.
With such broad and strong support for disparate impact and research revealing its harms, if the Supreme Court takes the more narrow approach of intentional discrimination as it relates to the Fair Housing Act, the multiple and rippling effects may reverse fair housing’s hard-fought gains.

As Marc Morial, president and CEO of the National Urban League. recently wrote, “I think all fair-minded people would agree that we should not allow these types of discriminatory outcomes to persist. Private civil rights attorneys, state Attorney Generals, federal enforcement agencies and others continue to work diligently to ensure that those practices are a part of the past – and not our future.”
Charlene Crowell is a communications manager with the Center for Responsible Lending. She can be reached at Charlene.crowell@responsiblelending.org.