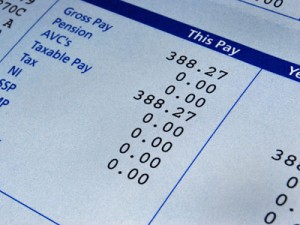 (AMERICAN FORUM) You don’t need a Walmart front-door greeter to find the flaw in the company’s recently announced boost in worker wages: it’s not enough. Not enough to pull its lowest-paid workers out of poverty, and therefore not enough to get American taxpayers off the hook for subsidizing the giant retailer’s low-wage payroll.

That’s right: Walmart, the world’s biggest company, with billions of dollars in profits, relies on you and me to make up the difference between what it pays a large portion of its workforce and what those employees actually need to survive. It’s only through public programs like food stamps, Medicaid and the earned income tax credit that hundreds of thousands of Walmart workers are able to make ends meet.

After years of public pressure, Walmart finally decided to grant a modest raise to employees at the bottom of its wage scale. Beginning this month, no worker will earn less than $9 an hour. By 2016 all workers who have passed a six-month training period will be paid at least $10 an hour.

This move garnered Walmart some positive headlines. But will these modest wage increases actually lift Walmart workers out of poverty and relieve American taxpayers of our unfair obligation to subsidize the company’s payroll?

We know from our comprehensive 2014 report that Walmart benefits from $6.2 billion a year in public subsidies that support its employees: food stamps, Medicaid, child care support and five other taxpayer-funded programs. Besides keeping families healthy, some of these programs provide crucial incentives to keep people working despite the low pay.

Americans for Tax Fairness has analyzed the effect of Walmart’s new wage policy and found that even after the planned pay hikes are fully implemented, large taxpayer subsidies will still be required to make up for the company’s low wages.

Here’s how the numbers break down. An employee working 34 hours a week (Walmart’s definition of “full-time”) for $9 an hour would take home about $16,000 a year. If that worker was single, she would qualify for three out of five public programs. With children, the employee would qualify for all eight of the public programs—and the same is true at the $10 an hour rate.

The reality is Walmart would need to raise its base pay to at least $15 an hour to properly compensate its workers and relieve America’s taxpayers from picking up part of its payroll tab.

Can Walmart afford it? Consider that the Walton family, descendants of the firm’s founder who own over half the company, saw their fortune increase by $21 billion last year alone. For about half that amount – $10.8 billion – the Waltons could give every one of Walmart’s 1.3 million U.S. employees a $5 an hour raise and still keep $10 billion for themselves.

It’s also worth noting that using public programs to subsidize its low wages isn’t the only way Walmart rips off the American taxpayer. Walmart avoids $1 billion a year in taxes by exploiting federal tax loopholes—leaving the rest of us to pay more in taxes, make do with fewer services, or see our public debt rise.

With Tax Day around the corner, working Americans are getting ready to pay their fair share. Those tax dollars should be used to educate our kids, fix our roads, help keep our communities safe and provide some peace of mind in retirement. They shouldn’t be going to subsidize the low-wage strategy of Walmart.

Walmart should take the responsible step of increasing its workers’ pay to at least $15 an hour.

Frank Clemente is executive director of Americans for Tax Fairness.