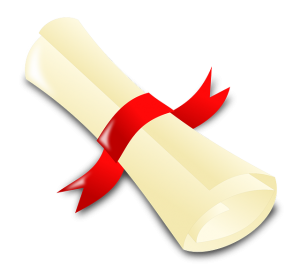 HOUSTON – The Texas Attorney General’s Office has filed a lawsuit against a Houston-based learning center for unlawfully marketing and selling fraudulent high school diplomas and transcripts. The state is seeking a temporary restraining order and a hearing in a Harris County district court will be held on Wednesday, April 22.

Court documents filed by the State explain that since at least 1994, Parkview Home School has provided fake high school diplomas and transcripts to Texas consumers for a fee and employs no teachers, requiring little or no coursework or educational requirements on their students. Defendants claim to have provided services to 42,000 “students” and has obtained approximately $1.4 million from Texas consumers.

The State’s investigation revealed that Parkview customers simply pay fees between $200 and $300 and are sent two workbooks, along with the answer keys, and upon return, “students” obtain a diploma and transcript in as little as one to two days. Given the nonexistent education provided, Parkview’s degrees generally are not accepted by community colleges, four-year universities, trade schools, the military, law enforcement academies, or employers – despite the defendants’ misleading online claims. Furthermore, defendants also actively coach their “graduates” who are applying for college admission to continue the deceptions that they are “home schooled” students by claiming “home school” status on their federal student financial aid applications.

The State’s legal action also explained that by encouraging students to indicate “home school” status on their federal financial aid forms, Parkview is subjecting its students to criminal and administrative penalties referred to on the federal financial aid application. Higher education institutions also face the risk of having to reimburse financial aid payments that have been received based upon students’ falsified applications. Defendants responded by filing multiple legal proceedings against the colleges complaining of “discrimination” against home school students.

The Attorney General’s Office is seeking court-ordered penalties from the defendants for numerous violations of the Texas Deceptive Trade Practices Act and the Texas Assumed Business or Professional Name Act.

Previous articleYoung Sung for City of Carrollton Place 5: The Man Behind the Candidacy
Next articleDonation to Student Intake Center to help welcome immigrant children to district