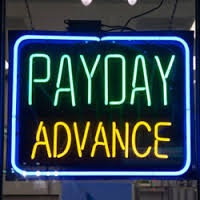 WASHINGTON, D.C. – Representing diverse theological views from across the country, today faith leaders united their efforts to take a single message to Capitol Hill. Faith & Credit Roundtable and members of the Faith for Just Lending coalition together called for stronger regulation to close what they believe are dangerous loopholes in proposed payday lending rules.

In all, 45 faith leaders gathered in defense of financially vulnerable families by calling for a federal interest rate cap of 36 percent that has protected service members and their families since enactment of the Military Lending Act of 2006. The groups seek these same protections for all American consumers.

“We cannot consider the latest rule just when payday lenders are still allowed to make six loans per year with 300 percent interest rates without any regards as to whether it is affordable or not,” said Rev. Dr. Willie Gable, National Baptist Convention, USA and Co-Chair of Faith & Credit Roundtable. “This is simply too many unaffordable loans that will sink people into an exorbitant debt trap. Such a gaping loophole is essentially a sanction of these predatory products, not a step forward to rein them in.”

“This 6-loan loophole also puts states, like my home state of North Carolina, at risk,” said Rev. Sekinah Hamlin, Ecumenical Poverty Initiative. “North Carolina, along with 13 states plus the District of Columbia, prohibit these 300 percent interest rates, and thankfully, are free of these destructive loan products. Advocates have called on the Consumer Financial Protection Bureau to not undermine a state’s prohibition on payday loans. I reiterate that call today.”

Faith & Credit Roundtable believes responsible lending is a moral concern. Faith for Just Lending encourages churches, lenders, individuals and government to each do their part to teach stewardship, offer responsible products, use credit wisely, encourage just lending and put an end to predatory lending practices. The full statements of Faith & Credit Roundtable and members of the Faith for Just Lending coalition can be found here & here.

The Roundtable and members of the Just Lending Coalition call upon all interested consumers, clergy, and faith organizations to add their voices during the public comment period that ends on October 7, 2016. Sample online comments are available at http://lendjustly.com/comment- proposed-rule, or at http://faithforfairlending.org/faithandcredit.

The current comment period opened after the Consumer Financial Protection Bureau announced in June its proposed payday rule. In its draft form, the rule would allow payday lenders to make 300 percent interest payday loans as often as six times a year, without any assessment of the affordability of those loans on the borrower.