The more things change, the more they stay the same

Every election the Black vote is more than required for whatever Democratic candidate, it is expected. There is no real work put behind the expectation outside of a few town hall meetings that discuss everything but empowering the Black community and a couple of Sunday service visits from candidates who want to fool Black voters into believing that they have our best interest at heart. 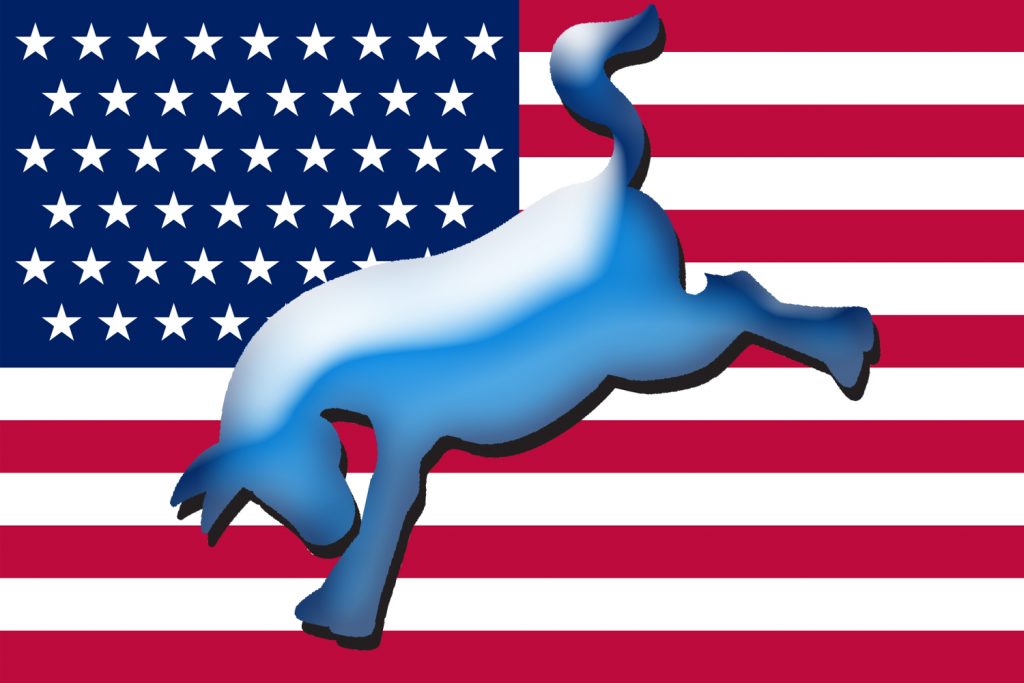 Unfortunately, many Black voters, typically diehard Democrats, bleed blue and support the Democratic party regardless of the candidate and regardless if they are truly making a difference in the community. They only see the colors of red and blue and not the truth behind the candidate or the party as a whole.

Well it’s high time we STOP being the go-to voting pool for the Democratic party and it’s time that they earned our votes and made us partners at the table versus us being cattle led to the slaughter.

Democrats have a long history of segregated voting practices within its own party. Just recently longtime political front-runner Royce West was overlooked for Democratic support for newcomer MJ Hegar. According to the Dallas Morning News, the Democratic Senate Campaign Committee (DSCC), Senate Democrats’ political arm that is backing Hegar, had come to her aid with a coordinated $605,000 TV ad buy to run.

West received little to no financial support and no backing.

How can a party that receives so much support from a specific group of people ignore candidates that look like their primary voting pool?

Many believe that the Democrats have gotten lazy and just plain disrespectful when it comes to working to earn the Black vote. They are happy to get the vote because they believe that Blacks will conservatively vote blue, just to avoid voting red. The Democratic party as a whole does little to nothing but offer up lip service to the Black community about change, but we saw how that change worked when we had one of us in the highest office.

Let’s look at what has happened systematically over the years as Blacks have continually supported the Democratic Party without real results.

Our candidates have not and do not receive orientation from the party or any large amounts of financial resources for advertising and campaigning.

The Black Press is not included in any media buys or opportunities that will enable us to fully support the candidates, yet we are expected to give our full support through articles and town hall coverage.

Our people are left to gather information regarding candidates of color from White media outlets that often harp on outdated information and profiles that align with less than reputable past acts.

Only a select few “golden boys or girls” are given the opportunity to go all the way to the top offices such as governor, senator or congressman.

We are tired of the same song and dance that happens during each election season. It’s time for African Americans to know our worth and to truly understand the power of our vote. We can no longer give our vote away because we hate the Republicans. We have been disrespected too long.

Now there is meaning behind P. Diddy’s move to withhold the Black vote because he understands that it’s a continual “step-and-fetch” with our political power. They play the song and we give the vote. Now Kanye is threatening to disenfranchise our voting power because he knows that another Democrat is not truly for the Black vote. Joe Bidden worked tirelessly early in his career to place Blacks in jail. Now he wants to be our president.

We will have another Obama/Clinton instance. Either the Black voters will show up in droves as they did with former President Obama or they will not show up at all as they did with Hillary Clinton.

Either way we must be included from the beginning and on all sides. We must fund our Black Press with advertising opportunities so that we can get the RIGHT messages to our people. Black Press is not dead, our people rely on it now more than ever. We must be involved with the proper funding of our candidates and select candidates that have the best interest of the people at heart. Not those individuals who only want photo ops because the talk of the town is Black Lives Matters.

It’s time to stop being naïve to a party that does not have our best interest at heart. We must stop giving our vote away just because we have a family history of voting blue. We must become involved with getting to know these candidates. We must ask the questions that are not asked and do the research that is not being done. We must take control of our VOTES! NOW is the time. We can’t afford another four years of terror.

The time is now!

Previous article
Can I Get Title Loans Nearby Without a Job?
Next article
Why People Turn to CBD Products