The impact of HBCUs and how to support them

That’s not the only benefit of HBCUs, either. Historically Black colleges and universities are also responsible for educating about 25% of African American STEM graduates. These science, technology, engineering, and math fields are extremely important to the future of our nation — and offer solid career paths to STEM graduates, who are sought out by major companies and typically enter their fields with high earning potentials.

These types of higher education institutions are also incredibly important when it comes to support for Black students. According to a 2015 Gallup-Purdue poll, African American graduates of HBCUs are more likely to have felt supported while in college and are more likely to thrive after graduation when compared to their Black peers who graduated from other higher education institutions. Adding more weight to the argument that HBCUs are a vital component of higher education is the fact that about 40% of HBCU students reported feeling financially secure during college. On the other hand, only 29 % of Black students reported feeling financially secure at other schools. 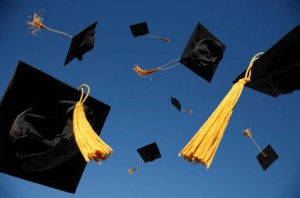 Diversity within college graduates helps to make for a stronger, more positive society, and education helps to level the playing field for people of all colors. Given the role that HBCUs play, it’s incredibly important to show support for these vital institutions — and people from all corners of the nation and walks of life can play a role in doing so. By showing support, you will help make higher education accessible to anyone who wants to pursue it. In the guide below, we’ll talk more about why you should support HBCUs and offer ways you can do that.

The road to equal education rights in the U.S. has been long and full of obstacles. To best understand the significance of historically Black colleges and universities, you first must understand how and why these institutions of higher education were necessary to begin with.

The first historically Black colleges and universities (HBCUs) were established 1861 with the introduction of just two schools, which were founded in Pennsylvania and Ohio just prior to the start of the American Civil War. These institutions were created to serve as educational centers specifically designed to cater to Black students, who were isolated from white-only schools. The focus during the early days of these institutions was to help educate future teachers and tradesmen with basic education and trained skills that would help to serve them in the workplace.

NDG 6/3: Biden, other leaders mark a century since the Tulsa Massacre

It wasn’t until after the Civil War that HBCUs expanded into the South. The momentum that helped to propel the growth of HBCUs in the South was due, at least in part, to work done by the Freedmen’s Bureau, a federal Reconstruction group designed to help Black people acclimate to free life. Many of today’s most respected HBCUs were founded during this time, including

Still, at that point in time, America was a long way from equal rights for all people. It would take a series of groundbreaking legislative actions to shatter the physical and legal barriers separating the Black community from much of society. It would also take many more decades for these colleges and universities to earn the HBCU moniker via the 1965 Higher Education Act.

The case of Plessy v. Ferguson, 163 U.S. 537, was an 1896 federal case heard by the U.S. Supreme Court after Homer Plessy, a Black man from Louisiana, was jailed for sitting in a white-only train car.

Despite impassioned arguments, the Supreme Court ruled in favor of racially segregated public facilities, so long as they were equal between the races. The court’s decision drew upon and upheld the Jim Crow laws, giving birth to a new phrase that would ring infamous for decades to come: “Separate but equal.”

As the Library of Congress notes, “It became the legal basis for racial segregation in the United States for the next fifty years.”

Brown vs. Board of Education

More than 50 years passed from Plessy v. Ferguson to the point when the Supreme Court justices reversed the original segregation laws. This happened in 1954 with the decision regarding Brown v. Board of Education of Topeka. After Oliver Brown’s Black daughter was denied entrance to a white-only school, Brown served the Board of Education of Topeka, Kansas, with a class-action lawsuit, arguing that segregated facilities were far from equal.

Such division only served to violate the equal protections afforded by the 14th amendment.
His lawsuit was joined by four others, and the cases progressed all the way to the Supreme Court before it was all combined into one: Brown v. Board of Education of Topeka.

This time, the Supreme Court ruled in favor of desegregation, voting unanimously to end the racial segregation of U.S. public schools.

The Civil War gave birth to a series of new amendments designed to affect equal rights: the 13th Amendment to abolish slavery; the 14th Amendment, which recognized formerly enslaved people as citizens; and the 15th amendment, which gave men of all races the right to vote.

Before his death, President John F. Kennedy began laying the groundwork for new legislation that would recognize equal rights and outlaw segregation based on race, national origin, or religion in all public establishments. He was assassinated prior to seeing the legislation through, but President Lyndon B. Johnson picked up where Kennedy left off.
Johnson signed into law the Civil Rights Act of 1964, which includes Title VII, which specifically bans discrimination in the workplace and among labor unions. This act served as the foundation for today’s Equal Employment Opportunity Commission.

The late Martin Luther King, Jr. later said that the Civil Rights Act of 1964 was nothing less than a “second emancipation.”

But, despite the progress, Black Americans remained largely disenfranchised from their communities. The unequal footing in the decades prior had led to issues with wealth distribution and test scores, which kept many Black Americans from assimilating into former white-only schools.

It is from these types of disparities that HBCUs were founded. These schools, which catered to Black and minority students, gave people of color the opportunity to be free to pursue higher education without fear of harassment or reprisal.

It wasn’t long before HBCUs began to open their doors across the nation, forming the foundation for today’s most cherished and respected HBCU educational institutions.
As of 2021, there were about 107 U.S. historically Black colleges and universities. These colleges and universities were located in a total of 19 states, the District of Columbia, and the U.S. Virgin Islands.

The National Center for Education Statistics offers some interesting data on HBCUs in its 2018 study. Notable statistics include:

• There were about 101 HBCU schools as of 2018. These were about evenly split between public and private non-profit institutions.
• Female HBCU enrollment has consistently outnumbered that of males every year, from 1976 to 2018.
• About 24% of HBCU enrollment includes non-Black students. This is a significant increase from just 15% in 1976.
• Bachelor’s and master’s degrees outweigh associates and doctorate degrees as the most popular HBCU programs, with about 48,300 HBCU degrees earned during the 2017-2018 school term alone.
• HBCU total revenue for the 2017–18 school term was about $8.7 billion.
• Nearly 90% of the students enrolled at HBCUs attend four-year institutions, while the other 10% attend two-year schools. More than three-quarters of all students enrolled at HBCUs attended public schools as of 2018.
• Overall, there has been a steady increase in the number of students enrolled in HBCUs. The number of Black students enrolled in HBCUs increased by 17% from 1976 to 2018. That enrollment rate jumped even further after 1976, with a 47% increase in enrollment through 2010.

That said, there was a troubling statistic to emerge from the 2018 NCES report. According to the data from the report, there was an 11% decrease in HBCU enrollment between 2010 and 2018 — despite the significant rates of growth in the decades prior.

NDG 5/20: ‘Shop Talk’ building a relationship between communities and those who protect them

To help combat this trend, many HBCUs have established and support various on-campus groups and organizations that can improve the university experience and better prepare you for success.

Over time, the areas of study offered by HBCUs have evolved as well, with programs that include degrees in psychology and business administration.

There are many ways that you can support students of HBCUs so you can begin making a difference today.

Supporting Scholarships: Many of these scholarship programs are made possible by the donations from people and businesses. If you are interested in sponsoring the education of future HBCU students, you can typically donate directly to the scholarship program of your choice.

The HBCU Foundation is a great way to support HBCU education. This foundation offers support through its partnerships with 106 member-schools. If you want to support the foundation, you can find a program you like and donate directly to that cause.

Donating Time: Not everyone has extra finances to donate toward scholarships, but sharing your time is a free way to make a difference. You can volunteer to serve as a mentor for incoming freshmen who are nervous about their new college life.

From academic support to simply offering an ear during tough times, volunteering as an HBCU mentor can make an enormous difference in a student’s academic career and help prepare those you mentor for a life of success.

Supporting Future Growth: After graduation, students start the process of finding full-time employment. It is not always easy to find and land a job in your industry of choice, which is how professional mentors can help to ease the process for new graduates.

For example, creating and sustaining a college-to-corporate pipeline for HBCU graduates can be an invaluable way to help students find meaningful and lasting employment. These connections can not only help students find better-paying jobs, but in many cases, better benefits, too.

It has been a long, hard road to equal rights for people of color. The battle for equality continues even today, but through it all, HBCUs have stood strong, acting as pillars of strength and providing opportunities to the Black and minority students who attend them. HBCUs also offer an exceptional sense of community and inclusivity, as well as a solid support system for their students.

Even if you do not plan to attend an HBCU as a student, there are plenty of ways to get involved and support these important institutes of higher education. Mentoring and financial donations can help underprivileged students succeed, while corporate partnerships can help ensure employment for emerging grads. Through your support, you can play a direct role in shaping and molding tomorrow’s leaders.

The School Year Is Almost a Wrap!