DALLAS — The subject of sexual assault has become a major issue on college campuses in the past few years. For far too long, victims had felt they were silenced, and their cases were not handled in their best interest, rather in a manner to protect the reputation of the school. This was especially true if the perpetrator was a star athlete.

Thankfully this has changed recently. School officials and law enforcement agencies have been put on notice that the public at large demands accountability. Top-tier universities across the country have had to grapple with the problem on their campuses, and the over-representation in these cases of student athletes.

But there is another side of the issue: when false allegations are made.

While statistically paling in comparison to the problem of actual assaults, there have been several accused who ended up being exonerated. All too often, this has only occurred after their lives and reputations have been thrown into disarray.

Tristen Wallace is an African American athlete who had a very promising career as a football wide receiver. After being recruited to the University of Oregon, Wallace soon found himself off the team and out of the school after two females filed accusations of sexual assault.

The school moved quickly to move Wallace off campus, and both the university police department and the Lane County District Attorney’s Office opened investigations. Then came the media coverage. The story of a double accusation against a star football player made for captivating headlines.

However, Wallace maintains these stories are simply untrue, and the available evidence gives his version of events some credence.

“I have moved forward day-to-day knowing the truth that I am innocent,” Wallace said in a written statement. “Yet judged unjustly and quite harshly because of the malicious, defamatory untruths told in an ongoing four-and-a-half-year smear campaign to negatively impact my life, while simultaneously attempting to thwart any tremendously great academic and athletic opportunities I have in college at Prairie View A&M and the NFL.”

In the case of the first accuser, Wallace produced texts from the young woman after the encounter stating she was “glad she spent the night.” The woman asked Wallace if he was seeing anyone else, and she wanted to see him again after he returned from an out-of-town road trip with the football team. When Wallace promised to see her upon his return, she replied, “Yaaaay, you better not break it.”

Wallace did not choose to pursue a further relationship with the woman, and in an interview during the investigation into the incident, a friend of the young woman admitted to investigators her friend became angry when Wallace stopped responding to her texts. 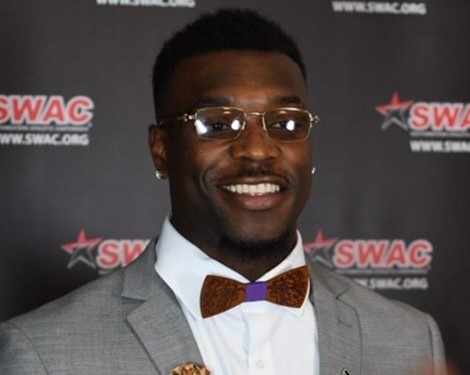 In the case of the second accuser, Wallace contends the two never actually had full intercourse, though they did engage in sexual activity. This detail is corroborated by a friend of the accuser who told authorities that the woman in question told her “We just made out and did other stuff.” However, in the police report, the accuser claimed that Wallace engaged in unwanted intercourse with her three times over a period of several hours, and at two locations.

Wallace points out that the accuser drove him home the next morning. Once again there were after-the-fact text messages from the woman, and Wallace says she also represented a desire to see him again. Once again, he declined.

Then there is the issue of the timing of the complaints. The first alleged incident occurred on Sept. 12, 2016. The second alleged incident took place on Sept. 22, 2016. Despite the time between the two incidents, and a period of weeks afterwards, the two women filed their reports on consecutive days: with the first approaching authorities on Oct. 4, and the second on Oct. 5. This raises the obvious question as to whether the two women in the close-knit college community became aware of each other, and if that had a bearing on their decision to make these allegations.

Following the investigation, by two separate departments, Wallace was not charged with any crime. The charges were officially dropped due to “insufficiency of evidence,” and investigators further noted the issue of “consent” was the primary hurdle against prosecution.

Wallace subsequently transferred schools and intended to move on with his life and seek opportunity elsewhere, but then discovered his transcript from the University of Oregon would have “sexual misconduct” as the reason for leaving. Wallace then took legal action to have this removed from his transcript, and the university complied in short order.

This sparked a second round of media attention, with the USA Today Network portraying it as a “secret deal” to hide his actions. The allegations were rolled out yet again, with none of the extensive exculpatory evidence presented to the readers.

Wallace’s position is simple. He never “hid” from the investigation. That investigation supported his version of events. Not only were there no criminal charges, but there was also no civil action taken by the accusers either. So, if he was not guilty of “sexual misconduct,” it should not remain on his transcript. While he does not intend to discuss the allegations further, he has released a detailed written statement recounting his side of the story. From his perspective, it is a closed case.

He then played his college football at Prairie View A&M, an HBCU in Texas, and was a standout player. He went on to participate in professional tryouts for the NFL which were held at Texas A&M. Wallace had also hoped to represent athletes from HBCUs in the draft, of which none were taken. His raw numbers from that tryout were impressive by comparison.

“Tristen measured at 6’2.5” and 235 lbs., ran a 4.49 in the 40-yard dash with a vertical jump of 37 inches which is very rare at that size and weight for an NFL receiver,” said Wallace’s agent, John Biggins. “It shows superb speed, power and explosiveness for a big guy and would compare with any top-drafted receivers with similar size in previous drafts.”

Beyond the raw numbers, Biggins added that there was no shortage of interest from scouts when it came to his client’s performance on the field. He says he was also told that the lingering allegations were indeed the pitfall, which denied Wallace an opportunity to play at the next level.

“I spoke to six NFL college scouts including one College Scouting Director following Tristen’s outstanding performance at Texas A&M Pro Day and all told me he was the second-best player at the pro day behind Texas A&M quarterback Kellen Mond (subsequently drafted in the 3rd Round by the Minnesota Vikings),” Biggens said. “They further told me that absent the false sex assault allegations, he would be no worse than a 4th or 5th round pick because of his unique combination of size, 4.4 speed, hands, and big play ability.  In addition, either me or Tristen were contacted by another 10-15 scouts leading up to the NFL Draft wherein the scouts applauded his talent, Pro Day Performance, and expressed their interest.”

The justice system in the U.S. serves two purposes. The first is to hold wrong-doers accountable for their actions. The second is to protect the innocent from false allegations. Despite the history of that justice system weighing heavily against African American defendants, Wallace withstood its scrutiny and was ultimately vindicated in the eyes of the law. He also persevered through the adversity of changing programs to continue the pursuit of his childhood dreams.

Now, he is only looking for the chance to put his abilities to the test just like any other athlete coming out of college.

Previous articleNDG Book Review: ‘There She Was’ takes a look at an iconic tradition
Next articleMelina Abdullah