NDG Book Review: ‘Reclamation’ can be a hard book to put down

Like a sentinel standing tall, you bend with the wind but never break. Small children climb on you, and you receive them with arms open; your exterior is tough but what’s inside is smooth and strong. Sometimes, you feel like a tree: as in the new book “Reclamation” by Gayle Jessup White, your roots spring from complicated soil.

Born in the early years of the Civil Rights Movement, Gayle Jessup White was her parents’ youngest child by several years and for that, she was indulged by her siblings and especially beloved by her father, with whom she was closest. He was a civil servant who provided all for his family, and they enjoyed a “well-off” lifestyle; before White was born, they even had the means to provide a home for an elderly half-relative who was said to have been illiterate and simple, but who never lost sight of a belief she held. 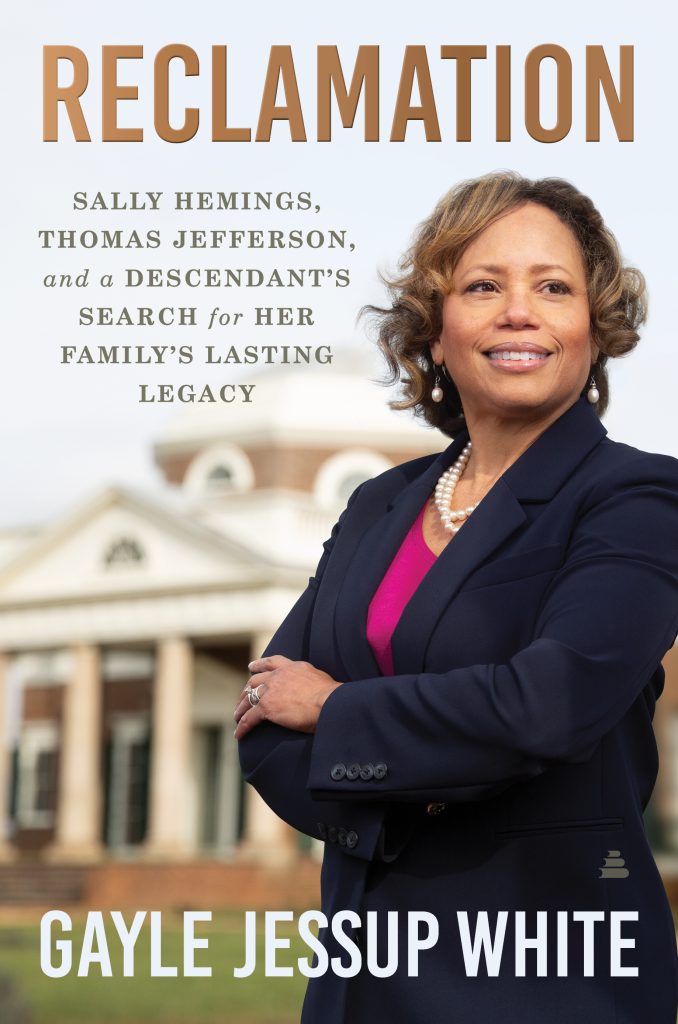 “Aunt Peachie” swore that the Jessup children were descendants of Thomas Jefferson.
White was small when she learned of this possible heritage, but details then were maddeningly scarce. Still, she never forgot the thought of being related to our third President, just as she never forgot that summer when she learned about racism and she discovered that her parents’ marriage was rocky.

White grew up, went to college and landed a good job in a field she enjoyed. She married, became a mother, divorced, and dabbled in a bit of a search for the details of her heritage, but with limited success. First, her father died, then her mother, and White met a man she could spend the rest of her life with. Throughout, she dreamed of working at Monticello, the mansion that Thomas Jefferson built, the home of most of his slaves but for years, white descendants of Jefferson had denied the very existence of the man’s Black offspring. Still, White told everyone of her heritage when she visited Monticello, until finally someone listened.

Finally, she held the possibility that Aunt Peachie was right…

How many times a month do you say, “I wish I’d listened to” whatever elderly relative had stories to share? That family lore is precious stuff, and “Reclamation” makes open ears more urgent.

And yet, as author Gayle Jessup White shows in her book, finding the details-within-the-details won’t be an easy task. White overcame many, many roadblocks that were set in her path toward understanding, including a lack of technology in the beginning and a general disbelief from others; there’s also a side-story of meeting a very distant cousin and the disappointment in this, which may serve as a keenly different kind of warning for readers eager for warm, willing family ties that might never arrive.

Still, none of that was a deterrent for White, who sports a definite perseverance in this memoir that genealogists, family historians, and storytellers will find appealing. If you, too, are searching through your past for a hidden truth, “Reclamation” may be a hard book to leave.