This summer, temperatures are not the only thing rising above normal. The U.S. Bureau of Labor Statistics reported that the nation’s consumer price index (CPI) at the end of May was the largest since December 1981, more than 40 years ago. This key economic measure tracks the change in prices paid by consumers for goods and services for about 93 percent of the total U.S. population.

The most recent report released on June 10, showed double-digit CPI increases for fuel, food, utilities, and both new and used vehicles.

Even before this data release, many consumers already adjusted their lives to compensate as best they could for $5 dollar per gallon gas prices, keeping family cars longer, and taking fewer family outings to free up funds for still-rising food prices.

But how much longer can housing remain affordable when prices for both homes and rents are rising even higher? 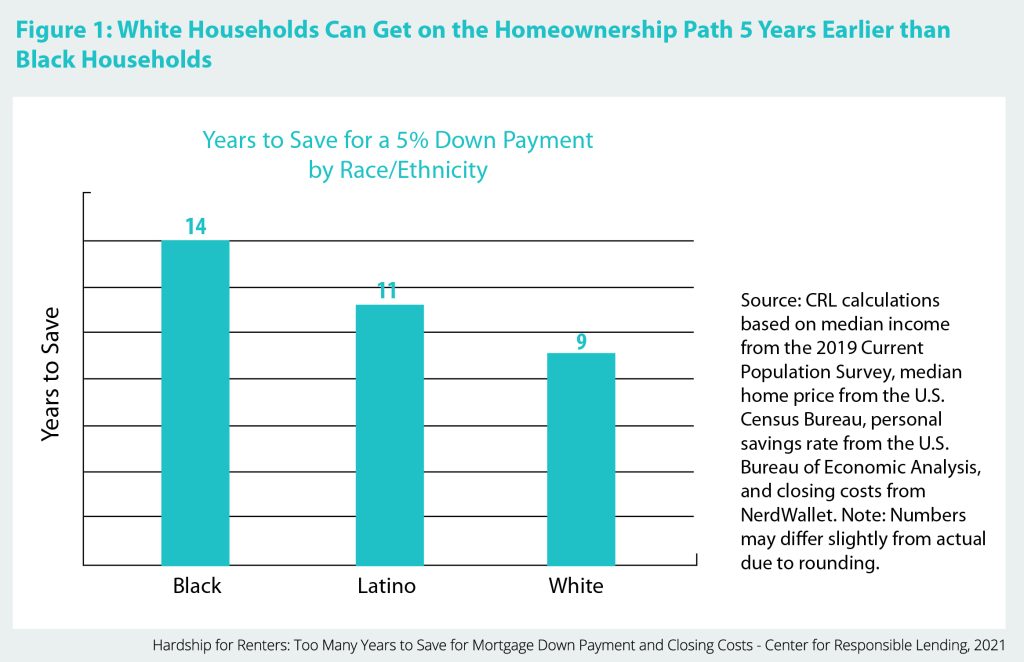 Homeownership, historically a reliable building block to family wealth, is more of a challenge today for first-time homebuyers. As of 2022’s first quarter, the median price of an existing single- family home grew to $368,200, according to the National Association of Realtors (NAR), 15.7 percent higher than a year ago.

Families able to afford a 20 percent down payment on this median-priced home can look forward to a monthly mortgage of approximately $1,383, which is $319 more – 30 percent higher – than a year ago, according to NAR.

For Black America, however, a history replete with systemic discrimination in education, employment, lending and housing imposes additional harsh realities that have yet to be effectively addressed.

From 2013 to 2019, after adjusting for inflation, the median household income of Black households increased by just $800, compared with about $3,000 for white households and $3,700 for Latinx households, according to research by the National Equity Atlas that analyzed the nation’s 100 largest metro areas. Additionally, during these same years, the number of neighborhoods affordable to Black households dropped by 14 percent.

“Shrinking neighborhood affordability and the dearth of affordable neighborhoods that provide the necessary conditions for health, well-being, and economic success in many large metros are reinforcing longstanding patterns of racial segregation and creating new ones,” concludes this report.

Other new research from Freddie Mac sought to identify the causes of soaring home prices and where affordable homes might still be found. What drove home price growth and can it continue?, Freddie Mac’s new report found four factors driving escalating home costs:

• Home inventories were limited due to underbuilding on one hand, and below average distressed sales on the other;

• The number of first-time homebuyers grew due to in part due to favorable age demographics; and

• Many consumers left high-cost cities for cheaper ones that already had a housing shortage. Where affordable homes can be found brings to mind an old adage in real estate, ‘location, location, location’.

“As of February of 2022, migration out of the largest 25 cities remains three times higher than the rate pre-pandemic,” states the Freddie Mac report. “The most significant increase in migration has been to midsized metro areas with populations between 500,000 to 1 million, followed by smaller midsized metros and smaller metro areas.”

The irony is that today, many consumers are paying more for fair market rent (FMR) than many monthly mortgages that lead to home equity and wealth.

The down payment – rather than the monthly mortgage note – is the primary barrier to homeownership for many renters. With a rising cost of living, few – if any – dollars remain at the end of a month for many families. And even if a family has managed to save a few hundred dollars or more, home down payments on the private market are tens of thousands of dollars.

Some home lenders may offer adjustable-rate mortgages (ARMs) as an alternative.to cash-strapped buyers. But the key word in these loans is ‘adjustable’. When loan interest resets occur, borrowers should plan for higher interest rates. It would also be prudent to remember that the foreclosure crisis of the early 2000s was fueled by high-cost mortgage loans that left millions of Black and Latino homeowners either without a home, or remaining in one with a loan balance larger than its market value.

If this nation really wants to address its affordable housing crisis, then it is time to give Black America a level playing field with access to affordable and sustainable mortgages. It is equally important to diversify new construction housing Currently, the vast majority of new construction housing — –whether for rent or for purchase– are for higher-income consumers, leaving moderate and low-income families with severely shrinking housing options.

Every family of every income needs a home. Effective housing reforms would offer both access and affordability – not an either-or.

Charlene Crowell is a senior fellow with the Center for Responsible Lending. She can be reached at Charlene.crowell@responsiblelending.org.

After years of payments, Black student loan balances go up – not down

Previous articleBiden Establishes White House Task Force Addressing Online Harassment and Abuse
Next articleNDG Book Review: ‘Black Panther’ is one work that is sure to please