NDG Book Review: ‘The Wind at My Back’ is a graceful double-bio

It’s a declaration that seems confusing, at first. Who says? Who’s in charge here? You don’t belong because… why? The answer is almost always as rude and hurtful as the statement itself, almost as unthinkable now as it was seventy years ago. But in “The Wind at My Back” by Misty Copeland with Susan Fales-Hill, those are four words that strengthen resolve.

For six years, the whole time she was a soloist at the American Ballet Theater, Misty Copeland was often the only Black dancer on the stage. She got used to it, but never got comfortable with it. Racism is common in dance and most Black dancers in American history were encouraged to stick with “modern” performances. 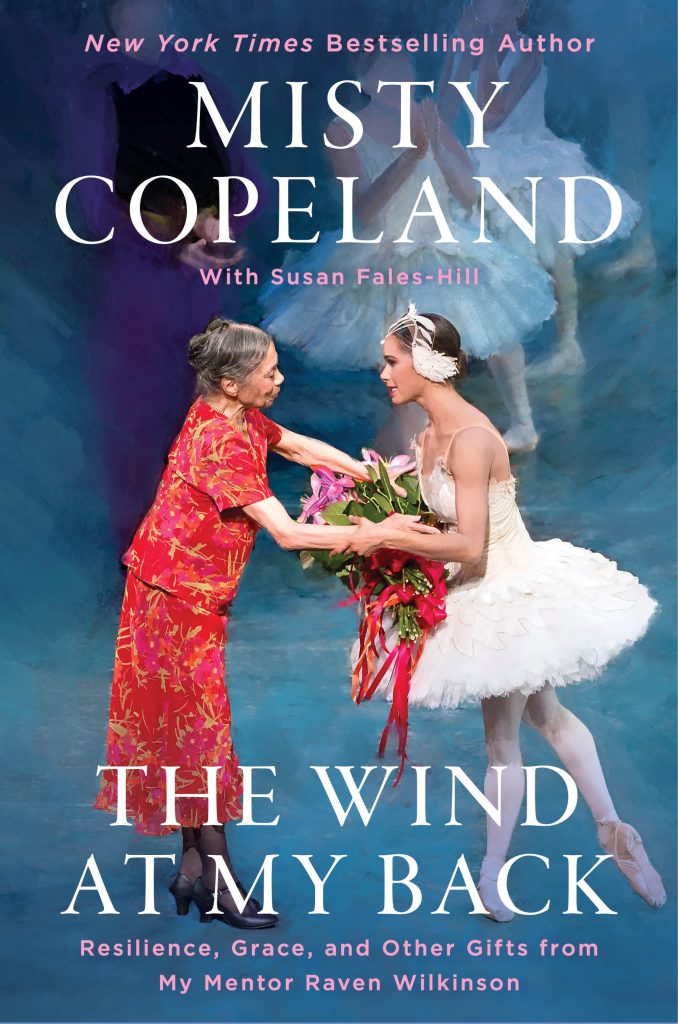 That wasn’t the kind of dance Copeland had always dreamed of.

Still, she persevered. Just being with the ABT kept her in place for what the future might bring and besides, she felt like she was representing. Her presence there was encouraging to Black girls who were told they’d never be ballerinas.

And then Copeland met Raven Wilkinson.

Wilkinson was born in 1935 to educated, upper crust Black parents and had set her sights on ballet when she was five years old, having experienced the Ballet Russe de Monte Carlo. She cried then at the emotion in the ballet, and she knew that she wanted to dance. Her parents enrolled her in the School of American Ballet and later, she was trained by Madame Swoboda, one of the Bolshoi Theatre’s premiere ballerinas.

On the cusp of realizing her dream, however, Wilkinson was told that it was “never going to happen” because she was “Colored.”

And yet, she, too, persevered and she began touring with a professional troupe which took her to the American South where she fought for her dignity and she endured threats on her life. Still she danced, a pioneer, a professional, and a “first.” And when she met Copeland, she became a supportive, loving, wise, thoughtful, powerful mentor…

While it sure looks like a book and it feels like a book, “The Wind at My Back” isn’t really a book. No, it’s a love letter to an elder trailblazer with grace, both inside and out.

Author Misty Copeland, somewhat of a pathfinder herself, weaves the story of her career in with that of Raven Wilkinson, whose work was basically hidden in plain sight for decades. In telling Wilkinson’s story, loudly and publicly, Copeland also writes of the friendship the two women had, and how Wilkinson pushed Copeland to soar to greater heights, career-wise and in Copeland’s personal life. This gives the book an intimate feel, sometimes uncomfortably so, but the sense of gratitude and absolute love for a woman who ignored the word “no” when society repeated it overpowers any squirm you might feel.

A working knowledge of ballet will enhance your enjoyment of this book, but it’s not an absolute necessity. If you (or your teen!) merely love a good double-biography, “The Wind at My Back” belongs on your bookshelf.