(NDG Wire) The seventh annual Ready or Not? Protecting the Public’s Health from Diseases, Disasters, and Bioterrorism report, released by the Trust for America’s Health (TFAH) and the Robert Wood Johnson Foundation (RWJF), found that the H1N1 flu outbreak has exposed serious underlying gaps in the nation’s ability to respond to public health emergencies and that the economic crisis is straining an already fragile public health system. 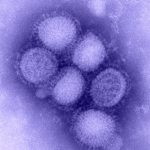 “The H1N1 outbreak has vividly revealed existing gaps in public health emergency preparedness,” said Richard Hamburg, Deputy Director of TFAH.  “The Ready or Not? report shows that a band-aid approach to public health is inadequate.  As the second wave of H1N1 starts to dissipate, it doesn’t mean we can let down our defenses.  In fact, it’s time to double down and provide a sustained investment in the underlying infrastructure, so we will be prepared for the next emergency and the one after that.”

Overall, the report found that the investments made in pandemic and public health preparedness over the past several years dramatically improved U.S. readiness for the H1N1 outbreak.  But it also found that decades of chronic underfunding meant that many core systems were not at-the-ready.  Some key infrastructure concerns were a lack of real-time coordinated disease surveillance and laboratory testing, outdated vaccine production capabilities, limited hospital surge capacity, and a shrinking public health workforce.  In addition, the report found that more than half of states experienced cuts to their public health funding and federal preparedness funds have been cut by 27 percent since fiscal year (FY) 2005, which puts improvements that have been made since the September 11, 2001 tragedies at risk.

“State and local health departments around the country are being asked to do more with less during the H1N1 outbreak as budgets continue to be stretched beyond their limits,” said Michelle Larkin, J.D., Public Health Team Director and Senior Program Officer at the Robert Wood Johnson Foundation.  “Public health provides essential prevention and preparedness services that help us lead healthier lives — without sustained and stable funding, Americans will continue to be needlessly at risk from the next public health threat.”

The report also offers a series of recommendations for improving preparedness, including:

A full list of all of the indicators and scores and the full report are available on TFAH’s web site at www.healthyamericans.org and RWJF’s Web site at www.rwjf.org.  For the state-by-state scoring, states received one point for achieving an indicator or zero points if they did not achieve the indicator.  Zero is the lowest possible overall score, 10 is the highest.  The data for the indicators are from publicly available sources or were provided from public officials.

Trust for America’s Health is a non-profit, non-partisan organization dedicated to saving lives by protecting the health of every community and working to make disease prevention a national priority. www.healthyamericans.org