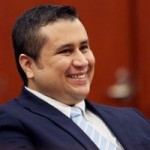 George Zimmerman, the neighborhood watch volunteer found not guilty in the February 2012 shooting death of unarmed black teen Trayvon Martin, will ask the state of Florida to cover some of his legal fees, a lawyer’s spokesman says.

Mark O’Mara, Zimmerman’s lawyer, plans to file a motion to recoup between $200,000 and $300,000 in legal fees from the state of Florida, Shawn Vincent, a spokesman for Zimmerman’s legal team, said Monday evening.

“That is a ballpark estimate,” Vincent said. “It will be a few weeks before everything is all together and we’re in a position to file that motion.”