The importance of science and technology research 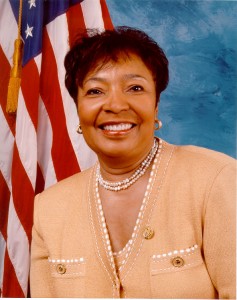 I am the senior Democrat on the Committee which has a membership in which Republicans are in the majority. As such, I am referred to as the “Ranking Member” on the panel.  In that capacity, I have been fortunate to communicate with a wide-range of representatives from industry, academia, and government. Nearly all of them are in agreement that investing in research and development, innovation, and education are absolutely essential to the maintenance of a strong economy, and an improved quality of life in future years.

The choice facing our nation is a critical one.  Either we make investments in research and development as well as innovation that will lead to job creation and a better quality of life at present,   and in the future, or we will spiral down the path of arbitrary and short-sighted cuts to America’s science and technology enterprise, and the science, technology, engineering and mathematics (STEM) educational activities that support it.  Our children and our grandchildren will suffer if we fail to pursue the correct direction.

It is estimated that more than 50 percent of our economic growth since World War II is the result of the adoption and development of new technologies.  The path is simple.  Research and education lead to innovation which leads to economic development, good paying jobs and revenue to support additional research.  Additionally, as private firms resist investing sufficiently in research and development, due to distant financial returns, there is a clear and necessary role for government to ensure that our nation keeps abreast with technology and the scientific advances of other countries.

While our world-class innovation infrastructure is under stress, our competitors in other countries, even as they institute austerity measures in their budgets, are seizing the opportunity to make strategic investments in long-term basic research, and are building and supporting  public-private partnership to support research and development that results in present and future job creation.

It is during periods of economic uncertainly that we should increase our efforts to innovate our way into a brighter future that includes new jobs, new technologies, and a better quality of life for all our citizens.

In 2007, the Committee on Science, Space, and Technology passed bipartisan, landmark legislation based upon recommendations from the 2005 National Academies’ report entitled “Rising Above the Gathering Storm.”  The report, developed by experts from one of our nation’s leading science and technology think tanks, was a wake-up call to many members of Congress.

Data from that report overwhelmingly demonstrated that European and Asian countries were preparing students in science and technology at a much higher rate than we were in this country. It also found that scientific and technological building-blocks that were fundamental to our nation’s economic preeminence were eroding.

I was one of the co-sponsors of legislation entitled ‘America Creating Opportunities to Meaningfully Promote Excellence in Technology, Education and Science.’ Referred to as ‘America Competes’, it was a direct result of the report.  One of the most important pieces of legislation passed by the Congress in the 21st century, it ensures that our country will remain the global leader in STEM related fields.

In 2010, the legislation was reauthorized, and recently I introduced the ‘America Competes’ Reauthorization Act of 2014.  It renews our commitment to maintaining our scientific and technological leadership and vision.

Schools such as the Yvonne Ewell Town View Magnet Center in Dallas have benefited from the legislation, and students from that school and others like it across the nation will help to ensure that our nation remains competitive. Ensuring that we make the necessary investments for our future success should not be a partisan issue. It is an American issue. Scientific research is crucial and necessary to our future.