Vinita Hegwood was an English teacher in Duncanville ISD and over the weekend via her personal account she made some very harsh comments in response to others who disagreed with her views on Ferguson.

Well just as Black Twitterverse has rained down pain on offenders — Hegwood has paid a price: her job. She suggested Crackers can go kill themselves. 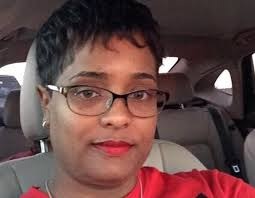 “I wish to express my regret regarding the controversy over comments that I made on social media on Friday, November 7. I am deeply sorry for the offensive and unprofessional comments that I made on my personal Twitter account. In making those remarks, I was reacting to a series of threatening and racist attacks against me by strangers who disagreed with my expressed opinions on Ferguson, Missouri. I allowed myself to respond emotionally and impulsively. My reaction in no way reflects the standards to which I have held myself and my students for the last twenty years of teaching. I accept full responsibility for my actions, and I regret the embarrassment that it has caused the school district. I believe that it is in the best interests of the district that I resign my position at Duncanville ISD effective immediately.”

A record $54,200 in scholarships awarded by South Dallas BPW Club