Dallas cop kills driver speeding toward him and suspect in custody 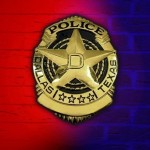 While the officer had the individual detained, a second person driving a Dodge pick-up truck jumped the curb driving toward the officer at a high rated speed. The officer perceived the speed and direction of travel of the vehicle as a threat to himself and his detainee so he discharged his weapon, striking the driver.  The driver was transported to Baylor Hospital, where he was pronounced deceased.

According to witnesses the driver was armed and had fired his weapon. Currently the do not know why the driver was shooting at the officer or driving toward him.

Another  individual was taken into custody for reasons possibly related to this incident.

Previous articleEd Sabol, the unsung hero of the NFL, died at 98 year old in Scottsdale
Next articleFDA approves new HIV drug, but Merck does not plan to make available in the U.S.