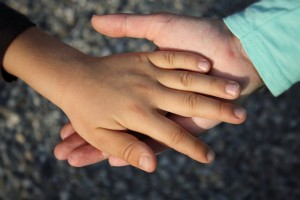 The Texas Attorney General’s Fugitive Unit has arrested 33 Tarrant County parents who violated court orders requiring them to pay child support. All parents arrested during this week’s roundup were the subjects of arrest warrants because of their failure to pay child support. Pct. 7 Constable Clint Burgess and Pct. 8 Constable Michael Campbell supported the Fugitive Unit in the roundup effort.

“Caring for your children is the fundamental and moral responsibility of any parent,” Attorney General Ken Paxton said. “I commend everyone involved in holding accountable those who attempt to evade child support. Their efforts help ensure better care and better lives for Texas children.”

The delinquent parents arrested in last week’s initiative face up to six months in jail. In addition to this week’s 33 arrests, 15 additional parents have been arrested since August, when roundup preparations began. Cash bonds that parents pay to get out of jail go to the custodial parents and children who are owed back child support.

Parents who have outstanding warrants can avoid the embarrassment of arrest at their home or work by turning themselves in to the Tarrant County jail. Parents who have fallen behind on their child support payments – but are not yet subject to warrants for their arrest – should immediately contact the Attorney General’s Child Support Division at (800) 252-8014 to make payment arrangements.

Under state and federal law, the Office of the Attorney General can assist families who request child support services and must serve families who currently receive or have received public assistance. Services offered by the Child Support Division include locating absent parents; establishing paternity for children born to unmarried parents; establishing, enforcing and modifying child and medical support orders; and collecting and distributing child support payments.