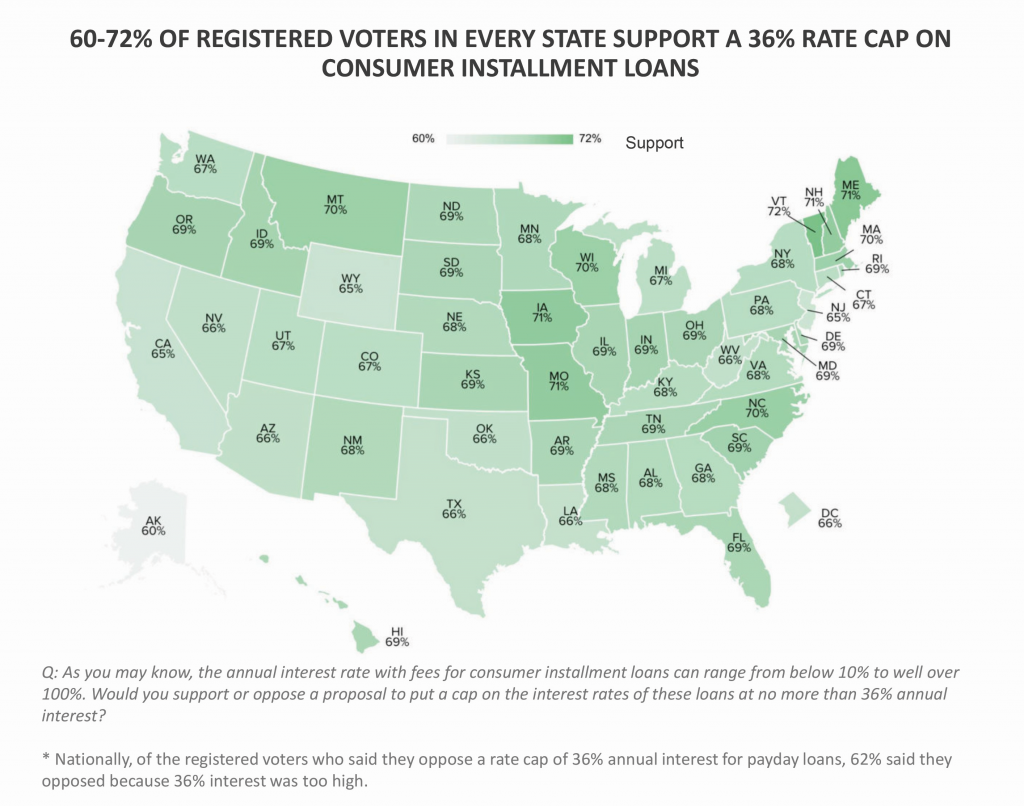 Once upon a time in Washington, Congress enacted the Dodd-Frank Wall Street Reform Act that also created the Consumer Financial Protection Bureau (CFPB). For the first time, a federal agency was charged to be the consumers’ ‘financial cop on the beat’. In its first four years, CFPB received 354,600 consumer complaints that led to $3.8 billion in restitution.

But now, under different administration deregulation has swung the public policy pendulum in the other direction. A bold effort to benefit business and commerce focuses on growing customers while taking the teeth out of consumer protection with the blessings of federal regulators.

Payday lenders are among the biggest beneficiaries of this policy about-face. Instead of a string of state legislative initiatives, favorable federal regulators are stepping up to help these predatory lenders with the cooperation of banks.

“The payday lender then claims the right to charge consumer borrowers triple-digit interest rates because the lender is in partnership with a state- or nationally-charted bank that is exempt from usury laws by the National Bank Act,” added the Chairwoman.

“Predatory rent-a-bank lending exists for two simple reasons: there are no federal interest rate limits for most lenders, and most banks are exempt from state rate caps,” noted Lauren Saunders, testifying on behalf of the National Consumer Law Center. “Rent-a-bank schemes enable banks to help predatory lenders target communities that the banks are not serving with responsible products, offering loans the banks do not directly offer in their own branches. This is exactly the kind of predatory lending that the CRA is designed to prevent.”

For Creola Johnson, a chaired professor at Ohio State University Moritz College of Law testified that “Through my research, I found that payday lenders want to keep borrowers in the dark. That is what rent-a-bank partnerships do. The consumer’s interactions are only with the payday lender, but the contract identifies some other entity as the lender.”

A consumer poll commissioned by CRL and conducted from January 9-15 by Morning Consult surveyed approximately 10,000 registered voters and found that:

Today, 16 states and the District of Columbia have enacted strong rate caps for short-term loans. For the remaining 32 states, triple-digit interest loans are legal and highly profitable. According to CRL, every year predatory short-term loans snatch an estimated $8 billion in fees from the pockets of America’s working poor: $4.1 billion in payday lending, and $3.8 billion in car-title loans.

Keep in mind that the typical payday loan of $350 comes with an average annual percentage rate of 391%. For lenders, the predictable result is that one loan will often be re-borrowed 10 times or more in a year. Similarly, car-title loans that use a personal vehicle as collateral is re-borrowed an average of eight times, with one of every five borrowers losing their car in repossession.

Fortunately for consumers, a pending bipartisan House bill would end triple-digit lending with a 36% rate cap on all consumer loans. Sponsored by Representatives Jesús “Chuy García from Chicago, and Glenn Grothman, whose district includes parts of Milwaukee, the legislation is known as the Veterans and Consumers Fair Credit Act, H.R. 5050.  An identical companion bill in the Senate, S. 2833, is led by Senators Jeff Merkley of Oregon and Ohio’s Sherrod Brown.

The measures would grant all consumers and inactive military the same protections now afforded active duty servicemen and women under the Military Lending Act (MLA). MLA was enacted with bipartisan support and imposes a 36% rate cap.

Endorsed by several organizations including the Leadership Conference on Civil and Human Rights, NAACP, and UnidosUS, at press-time, 11 co-sponsors signed on to the legislation and additionally includes Members of Congress from California, Michigan, New York, and Texas.

Here’s wishing that in 2020 consumers can lose the financial bruising wrought by these and other predatory transactions. Stay tuned.

Charlene Crowell is the deputy communications director with the Center for Responsible Lending. She can be reached at charlene.crowell@responsiblelendingorg.