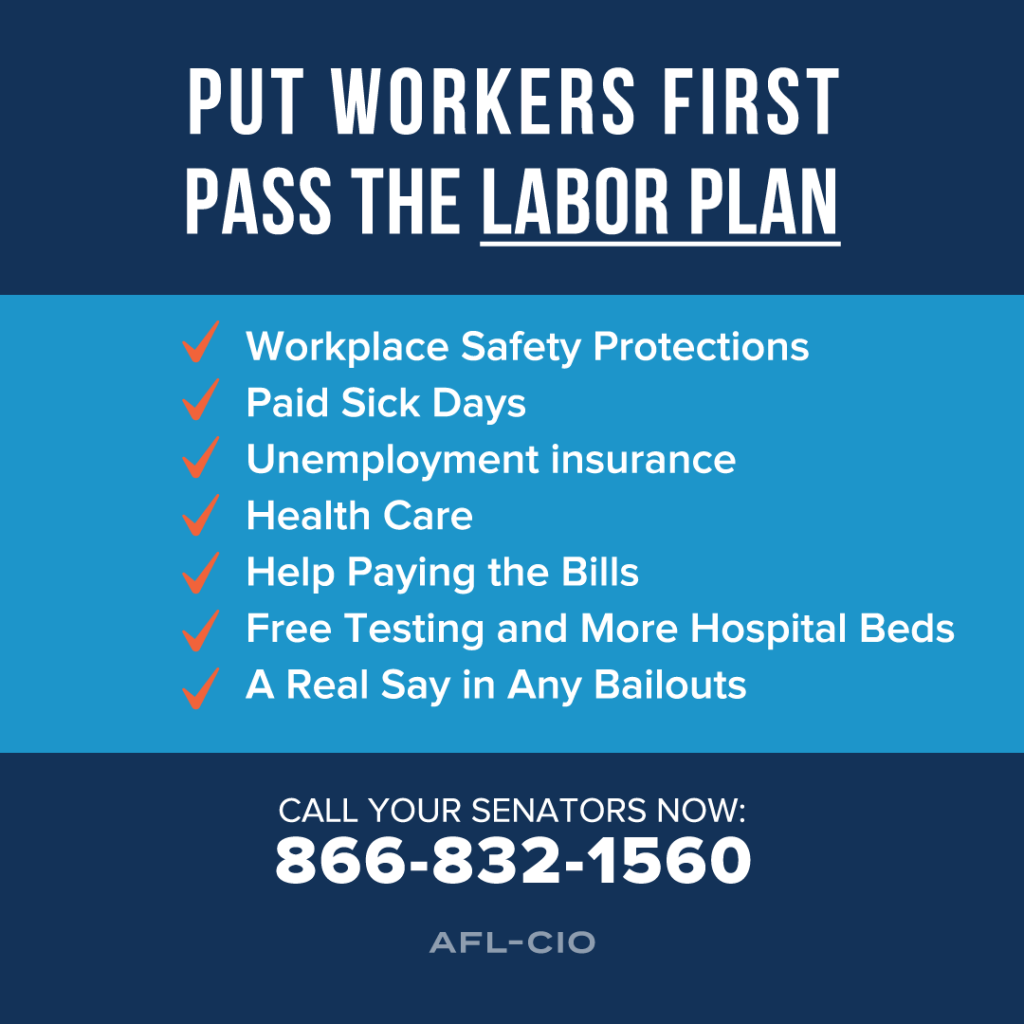 Sunday, the Democrats in the Senate blocked the proposed stimulus package because they felt the bill provided too much for corporations with no strings attached, and not enough for American taxpayers.

“We commend the 47 Democratic senators under the leadership of Sen. Chuck Schumer (N.Y.) who voted to reject legislation that would have left workers behind while further entrenching money and power in the hands of corporations,”  AFL-CIO President Richard Trumka said in a released statement. “Now it is time for the Senate to bring forward a better deal that addresses the public health crisis, keeps workers on the job, creates a real safety net for the unemployed and prohibits companies from using government assistance to lay us off, cut our benefits or enrich themselves.

This is not a moment for corporate power grabs or crony capitalism. Working people deserve better.”

The AFL-CIO is encouraging voters to get involved and call their senators as the debate continues and encourage them to modify the proposed bill.

American society is in a critical moment - one of progress and revolution full of promise for the liberation for Black and Brown people...
Read more
Latest News

With expanded testing locations, Dallas area residents who meet the criteria are urged to determine whether or not they have been exposed to COVID-19. According...
Read more
NDG Area Politics

The U.S. Senators from Texas, Ted Cruz and John Cornyn, drew a lot of fire for comments during a Tuesday Judiciary Committee hearing when...
Read more
Latest News