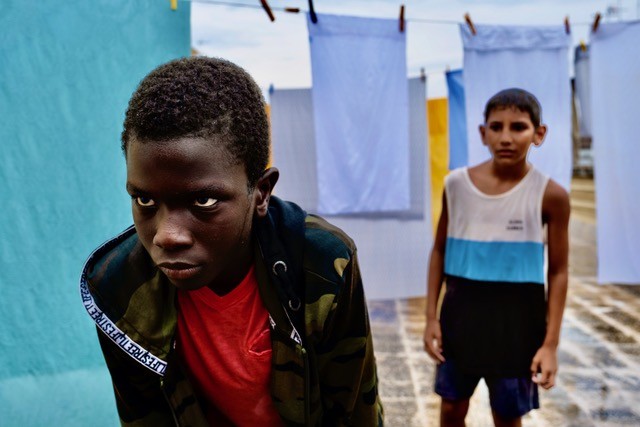 Upon hearing the premise of this film, involving an 86-year-old Jewish Holocaust survivor and a 12-year-old Senegalese immigrant, you might think you’re in for 94 minutes of sentimental drama. In some ways, maybe so. In others not. But out of an abundance of caution, keep a box of tissues handy. 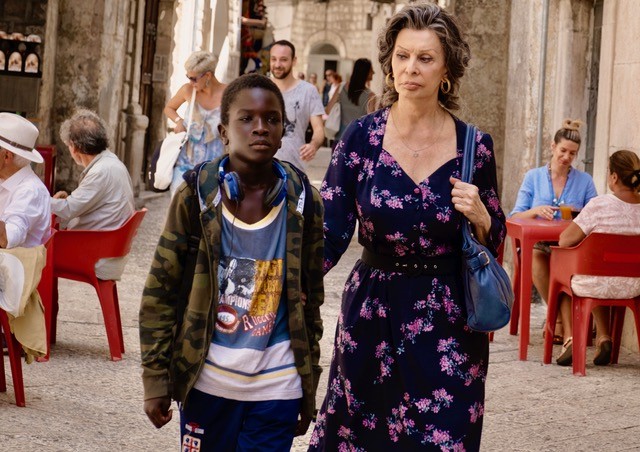 The origin of this story goes back to 1975, when French director/screenwriter Romain Gary (ex-husband of actress Jean Seberg) worked under the pseudonym Émile Ajar and penned the classic novel La Vie Devant Soi (The Life Before Us): An orphaned Arab boy, Momo, is devoted to Madame Rosa, a dying and elderly survivor of Auschwitz and a former prostitute. The setting is Paris’ immigrant slum, Belleville, where ladies of the night, pimps, transvestites and petty thieves flourish. Gary’s book earned France’s Prix Goncourt—equivalent to a Pulitzer—firmly establishing the tale’s pedigree.

In 1977, director/writer Moshé Mizrahi adapted the book for the screen, dubbed his movie Madame Rosa and changed the locale to Pigalle, a Paris neighborhood once known for prostitution. He cast veteran French actress Simone Signoret (Diabolique) in the lead, made the boy an Algerian immigrant and won an Oscar for Best Foreign Language Film. 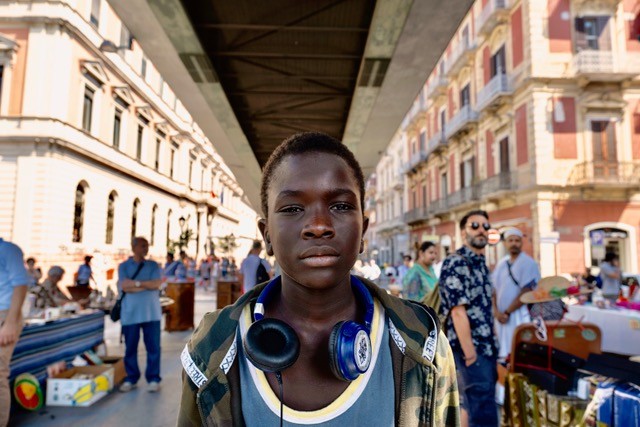 Forty-three years later Gary’s classic enduring narrative gets a refresh at a time when the plight of immigrants couldn’t be more topical. With a good sense for storytelling and an eye for those living in the margins, director/writer Edoardo Ponti, son of famed Italian director Carlo Ponti (Doctor Zhivago, La Strada), reinterprets Gary’s allegory. He sets it in the scenic port town of Bari, located in Southern Italy’s Puglia region and in a stroke of genius cast Senegalese actor Ibrahima Gueye as 12-year-old Momo and his 86-year-old mother, legendary Italian actress Sophia Loren (Two Women), as Madame Rosa.

Their initial meeting in a market square is a disaster. She, Madam Rosa, is shopping and he, Momo, steals one of her bags filled with antiques. He brings it home to his foster father Dr. Coen (Renato Carpentieri, The Stolen Children), who forces the little thief to return the items to their owner. Coen knows Rosa, who takes care of the children of local sex workers, and urges the elderly ex-prostitute to take the boy in. Initially she and the kid are mutually repulsed. When Coen offers Rosa money she can’t refuse, the boy is welcomed into her home.

Momo doesn’t adapt quickly to his new surroundings or fellow urchins, like young Iosif (Iosif Diego Pirvu), a Romanian Jew. He slowly warms up to Rosa’s Spanish transgender friend Lola (Abril Zamora). Meanwhile, the little scamp continues to deal drugs for a creep named Ruspa (Massimiliano Rossi, Gomorrah), tethering himself to the bad life. When he finds work with an Iranian rugmaker Hamil (Babak Karimi, A Separation), he’s headed in the right direction. Slowly the icy relationship between Rosa and Momo thaws. First a truce. Then an understanding. Friendship. Then familial love.

Dementia sets in. The sporadic wandering and foggy trances confound Rosa, and Momo worries too. He is starting a new life. She sees the end of hers. The increasingly scared Rosa stares Momo in his eyes and pleads, “No matter what happens, I don’t want to end up in a hospital. Promise me.” Can the manchild carry that weight?

Initially, the premise and odd mother/son relationship feel somewhat precious and the footage a bit too polished for the subject matter. The cinematography (Angus Hudson, The Broken) is too clear, sets (production design Maurizo Sabatini) too neat, clothes (Ursula Patzak) too clean. A grimy setting for the street-level characters would have been more apropos and helped the film dabble in cinema verité. 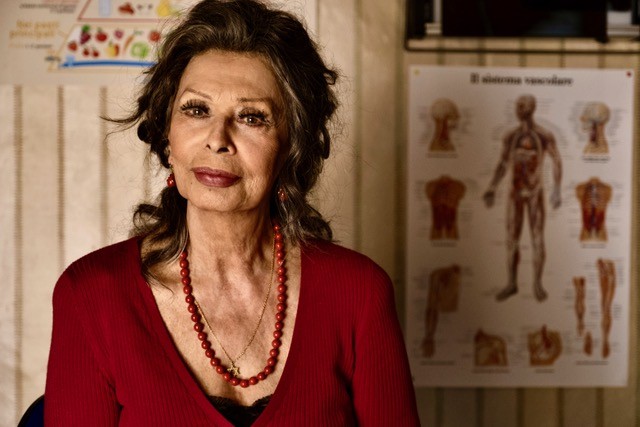 As the story progresses, under the steady hand of director Ponti and aided by an increasingly touching script (co-written with Ugo Chiti), the characters meld, the acting becomes more raw and the emotions deeper. The main characters are so vulnerable, you care about them. Their livelihoods so fragile you worry how they will survive. And when the mother hen’s health declines, there’s no turning back. You’re invested. How the hell will this film end? Could the final moments possibly be as poetic as the sequences building up to it?

Some scenes are quite profound: Police routing African immigrants from their homes and streets. Some sad: Rosa’s memories of Auschwitz haunt her. Some magical: A lioness animation appears on screen, the subject of Momo’s imagination. Some alarming: It’s frightening when Rosa goes missing, which upsets her surrogate family.

The hodgepodge of international characters—Middle Eastern, African, Eastern European—aptly represent those who’ve sought refuge in Western Europe and sometimes faced hostility. Considering that dilemma, the moment Momo and Rosa finally clasp hands is all the more dramatic. As is the scene when Ruspa, of all people, tries to infuse Momo with a positive self-image: “You don’t think you deserve the respect you’ve earned.”

Loren exhibits a grace only an actress with her stature could muster. She deserves an Oscar nom. Ibrahima Gueye, in his acting debut, displays a maturity far beyond his 14 years, which he manifests well in a character arc that goes from rough, to tender, to heroic—without a hitch. The rest of the cast is excellent. However, Loren and Gueye shine brilliantly.

As the film winds down, simple beguiling piano music (composer Gabriel Yared, The English Patient) is augmented by strings—dulcet sounds that gently caress all you see. In these final moments, no matter your initial concerns, you’ll surprisingly find yourself clinging to the characters and hoping they never disappear. That’s the mark of a triumphant and compelling piece of filmmaking.

In theaters on November 6th and on Netflix November 13th.