Whom should you hire?

That’s a question you ask yourself often, and you strive to be fair with it by hiring the best person for the job, no matter what. But what if the person doesn’t “fit” with your team? Can you truly keep gender, race, sexuality, and different beliefs out of your hiring process and your workplace? Or, as in “The Leader’s Guide to Unconscious Bias” by Pamela Fuller & Mark Murphy with Anne Chow, do you need to do better?

Ad schedules, HR concerns, budgets, board meetings, is there any wonder why your head is full? Not really: according to Fuller, Murphy, and Chow, our brains absorb millions of bits of information each second we’re awake, but we’re unable to process all but about “forty of those bits” at any one time. 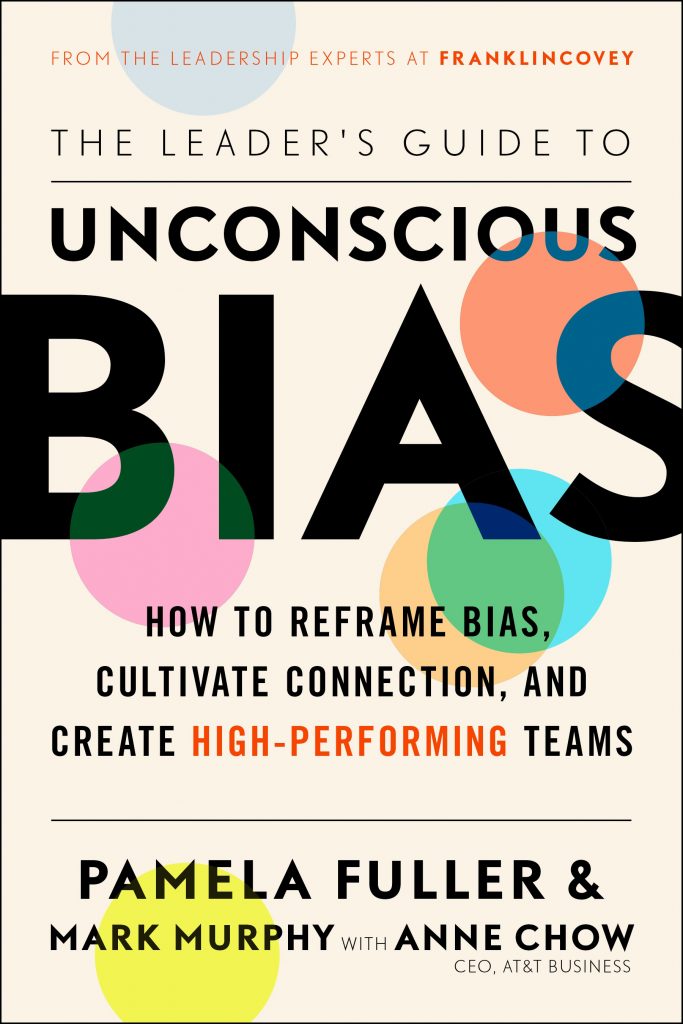 To help deal with the overload, the brain creates “shortcuts” which lead to unconscious bias, defined as a subliminal “preference for or against a thing, person, or group, compared with another.” That can include sexuality, personality, gender identity, nationality, attractiveness, or race, among other things you may (overtly or not) notice about an individual.

As employees of FranklinCovey, Fuller and Murphy use the “Performance Model” to explain what might be done about unconscious bias, which is as detrimental to a business as is open bias. The first step is to identify where your unconscious bias lies through a process of self-awareness, knowing how you got your biases, and recognizing the “Bias Traps.”

Secondly, focus on bringing others together through a culture of belonging. Be authentic, cultivate a curiosity about people, mind your words, and work to ensure that employees and customers are represented in your business.

Thirdly, use “careful courage” to stand up for yourself, and to pay attention to what’s being done or said. Check yourself for any assumptions you may have on promotions, assignments, or hiring,. Have the courage to know when you need more self-work.

Finally, learn how the “Talent Lifecycle” can put this knowledge in action for good and for the good of all. Your team will thank you for it.

That’s something authors Pamela Fuller, Mark Murphy, and Anne Chow freely admit. It’s also going to take serious introspection, the possible discomfort of which isn’t so much discussed here, though it’s hard to complain when the authors themselves are as forthcoming and honest as these are in their self-anecdotes. Fuller is a Black woman, Murphy is a gay man, and Chow is Asian American, and their shared experiences very strongly illustrate the points they make, despite that this book is Grand-Canyon-deep and Atlantic-Ocean-wide.

NDG 11/12: Supreme Court scheduled to hear arguments that will determine the fate of the Affordable Care Act

Still, in this day and age, you can’t ignore homogeny at the workplace any longer. You need the advantages that will come with “The Leader’s Guide to Unconscious Bias.” Read it, absorb it, and take your team higher.