A Dallas man killed by police in his own apartment will be memorialized in the naming of a major downtown thoroughfare.

On Wednesday, Jan. 13, the Dallas City Council unanimously voted in approval of the renaming of a part of Lamar Street, to Botham Jean Boulevard. State Representative Carl O. Sherman, Sr. (D-109), along with other Texas Legislators, family members of Botham Jean and concerned citizens voiced their staunch support for the street name change, during the meeting.

Botham Jean, was a 26 year old accountant, who was killed by an off duty police officer, when she entered Jean’s apartment fatally shooting him. His death sparked peaceful protests around the world and his life inspired thousands to demand justice for Botham and to continue his work as an active community member.

“This is a 200-year-old problem that we are still facing within contemporary society. Today too many families have become victims to senseless tragedies,” said Bishop T.D. Jakes, the senior pastor of The Potter’s House during a special service following the tragedy.

“Now is the time to unite and not divide. We need leaders of all colors to come together and recognize we have a problem across America. My hope and prayer is that together as a community we can work together to educate society and change this disturbing pattern. Regardless of race and background, every mother should feel that her children are safe.”

In Wednesday’s meeting, Representative Sherman, spoke about how the life of Botham Jean inspired him personally, as well as his dedication to honoring Jean’s life this legislative session with the introduction of Bo’s Law, also titled as the Deadly Force Reform Bill.

Representative Sherman recently sent out a letter addressing his support for the street name change, in which he recognized the incriminatingly racist history of Mirabeau B. Lamar, for whom the street was previously named.

Representative Carl Sherman celebrates this historic moment of the renaming of Lamar Street to Botham Jean Boulevard, with the Jean Family, The Botham Jean Foundation, and the citizens of Dallas, who all worked tirelessly to honor the life and legacy of Botham Jean. 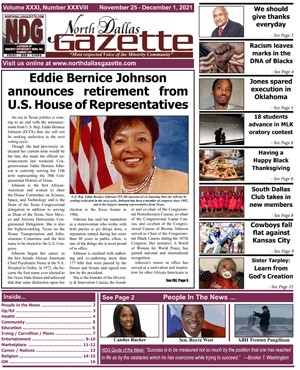