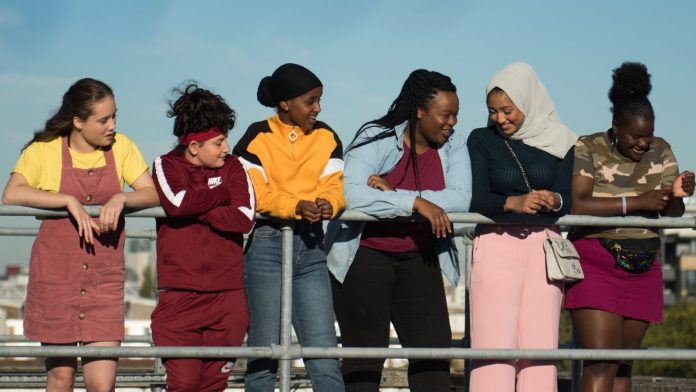 BAFTAs front-runner Rocks: Meet the cast of the British film ‘for brown girls that they will love and which loves them back’

Rocks is a British film with a cast full of newcomers, young women plucked from school to tell a coming-of-age story – now it has just been named as one of the two frontrunners for this year’s BAFTA Awards. Sky News arts and entertainment reporter Bethany Minelle spoke to some of the stars for this feature ahead of the film’s release in September 2020 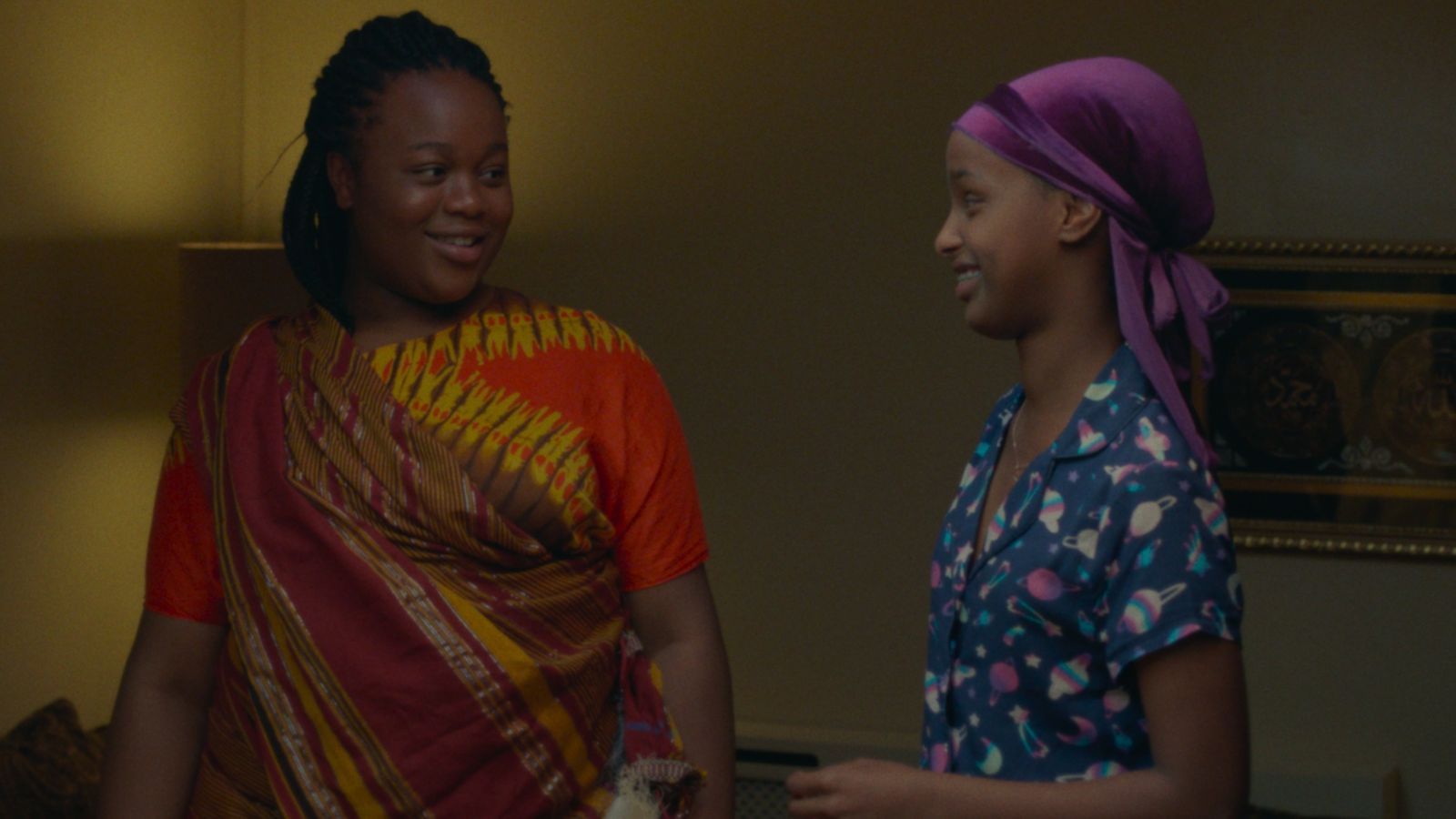 Rocks is a rare beast in the film world: not only is it a movie about young women, it’s also directed, written and produced by women too.

Produced as part of a creative collaboration between writers, filmmakers and cast, it took a unique approach to getting to screen. Bukky Bakray from Hackney, who plays the movie’s lead role Shola “Rocks”, describes the young cast as “rats”. 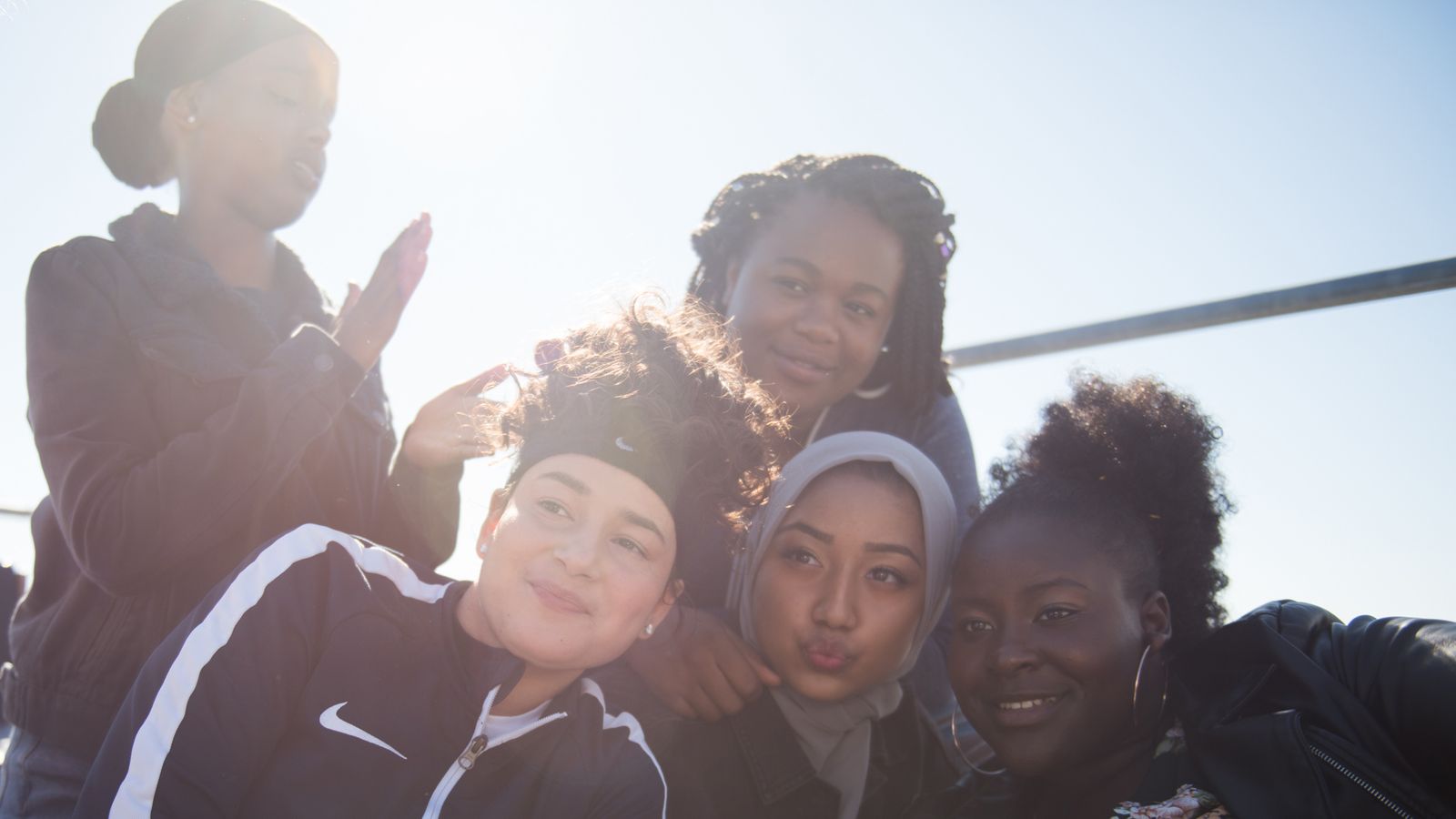 Laughing, she’s quick to clarify: “I don’t know why I used that example… I was thinking of lab rats. We were there for [the writers and producers] to observe how young women interact with each other.”

Over 1,300 girls across London auditioned to be part of the project, with a final group of 30 invited into workshops, and later into the writers’ room.

All from secondary school years 9 and 10, the girls were encouraged to add in their own life experiences along the way.

Directed by Sarah Gavron, the coming-of-age story was filmed after an initial 12-month “warm up period” and did away with the normal hierarchy of a film set.

Kosar Ali from Forest Hill, who plays Rocks’ best friend Sumaya, says the experience was both “overwhelming” and “crazy”.

Bakray agrees: “It’s an amazing film to have as the first thing in your rap sheet.” She says it will play “a pivotal role” in her choice of future career. 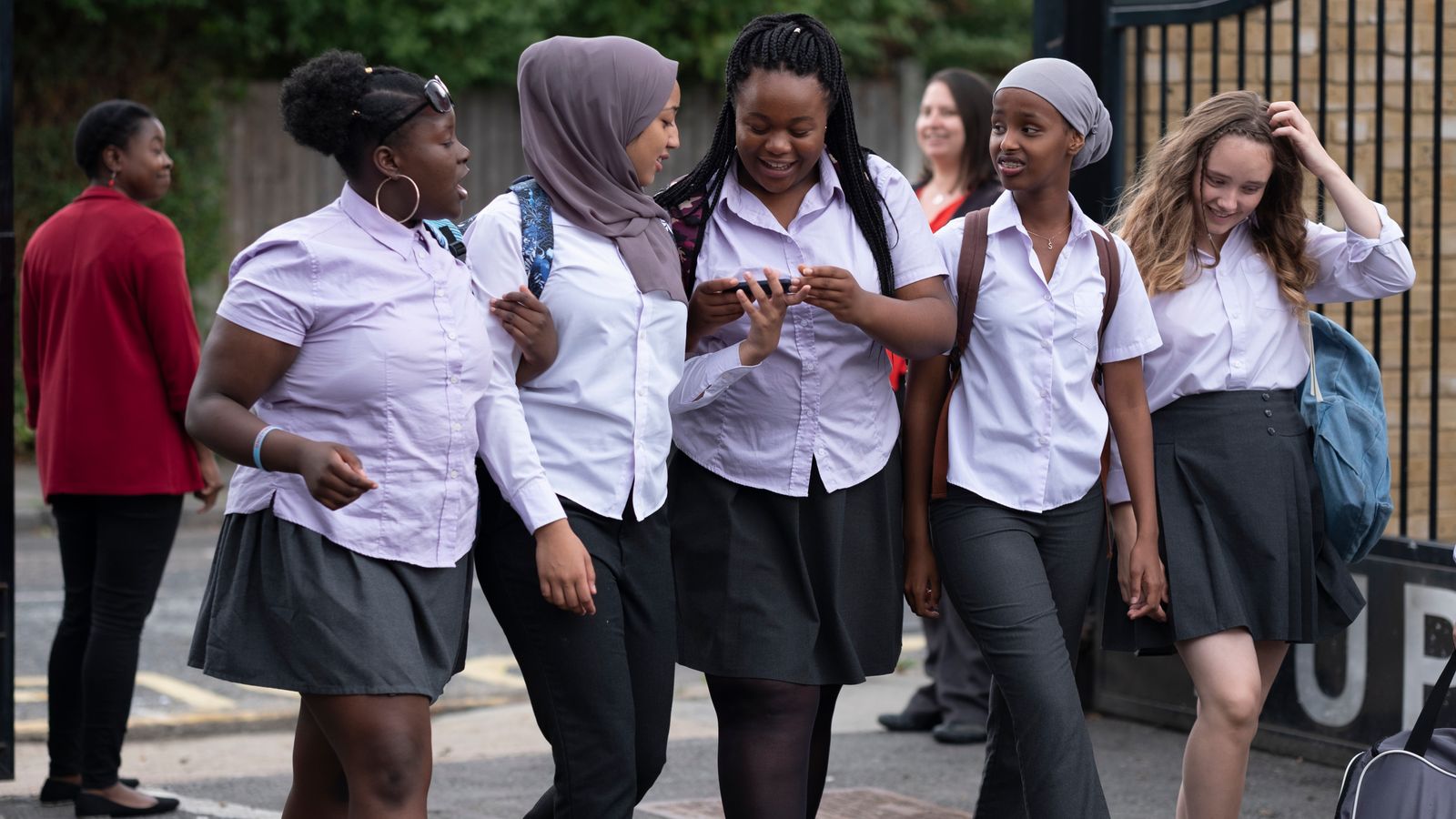 They met for the first time in the workshops, with Ali explaining there was a definite chemistry: “Literally the first day I met [Bakray], we just clicked like that. We even got kicked out because we kept laughing and creating a mess.”

The story revolves around a spirited teenager who is left to fend for herself and her younger brother after their single mum disappears.

Writer Theresa Ikoko, who is British Nigerian and who has described the film as a love letter to her sister, was keen for Bakray (who shares the same heritage) to take the lead role.

As their first experience of the acting industry, neither Bakray nor Ali were surprised to be part of such a female-centric production.

Ali says: “It’s actually embarrassing that this is so out of the usual. Now, looking back, it’s incredible because I would go to costume and it was a woman. And I would go anywhere, and it’s just females, coloured females, females that have shared the same stories as me. So yeah. It’s amazing.”

Bakray says it was a set up essential to the film’s success: “Rocks having a female cast and crew, and it being that story about women, about brown women and about young women, it only made sense.

While it was Ikoko’s writing that formed the structure of the narrative, the girls say they helped tweak the dialogue to match current teenager-speak.

Bakray explains: “We just collected the essence from their writing and kind of made it flow and more palatable for us as young people. To be honest, it didn’t really need any chopping and screwing.

“In terms of improvisations, more of the conversation between us girls in the friendship group was improv because I felt that in order to have that vibe, you can’t really fake it. That has to come from within. It has to flow. You have to bounce off each other’s energy.”

Some of the girls’ own camerawork even made it into the movie too, in the form of filmed footage shot on mobile phones.

The result is authentic teenager-shot video that would look as at home on TikTok as it is in the feature film.

Shot pre-coronavirus, the classroom scenes – packed with children and not a face mask in sight – add a slightly nostalgic air to the movie.

Ali agrees, a COVID-free classroom is an unexpected treat to look back on: “I feel like when teenagers watch this, though, kind of be like, you know, remember the good old days.”

As for the lead character’s split life between her carefree school days and caring for a dependent sibling after hours, Bakray says it’s more common than we think.

“Teens who have to act as carers at home have to take on adult responsibilities, and then in school, they are the life and soul of the party, the most humorous and charismatic. I know a lot of young people live those double lives.”

As well as the under-represented role of the carer, she also says this film brings young women to the fore who are often ignored within the world of movies, as well as in society in general.

“This is a film for brown girls that you will love, and which will love you back even more.

“Hopefully young teenagers, and carers and people are in similar situations to Rocks will see this film and see that people realize you’re out there and that you’re not completely disregarded and unnoticed.