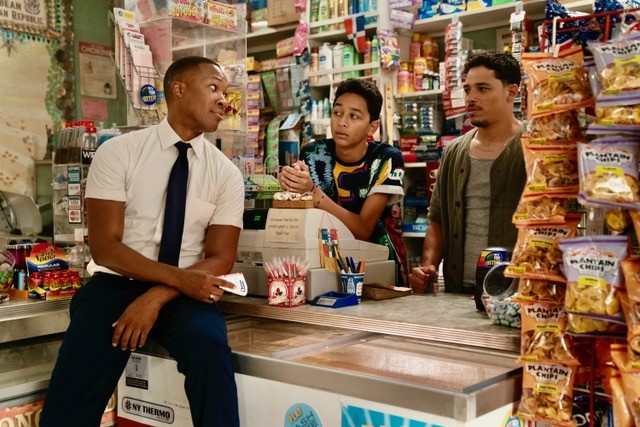 Once upon a time, in Nueva York, the streets of Washington Heights were paved with Latinx residents who dreamed of a better life. That’s the premise of the Tony Award-winning Broadway musical In the Heights by Lin-Manuel Miranda. That same spirit propels this over-the top screen adaptation. It’s entertaining, jubilant but doesn’t exhibit the same absolute genius of Miranda’s Hamilton. 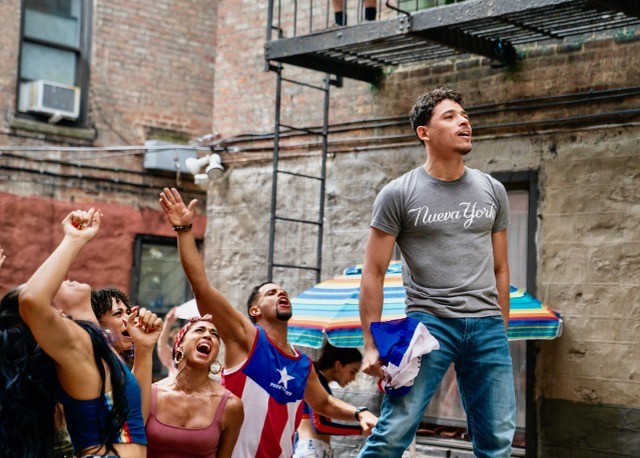 Director Jon M. Chu, who blew the roof off Crazy Rich Asians, helms this tricky project, which bridges stage and screen. Subtlety is not his thing. Expect the streets of gritty Washington Heights to glisten with sunshine that beams down on extras dancing, bobbing and weaving on cue like in any music video. It’s a bombastic approach, a la Baz Luhrmann (Romeo + Juliet). Lots of quick edits and images—that’s his style. Add in a scene that uses animated images of golf clubs and baseball bats. Toss in a plethora of subplots with various characters trying to reach their goals and the shenanigans get a bit hectic. Oddly, the film’s most striking moments are the smaller ones. 1.) A couple dancing on a building. 2.) A beloved character transitioning. Whether you prefer the MTV garish or the personal, there is plenty for everyone.

Usnavi (Anthony Ramos, Hamilton), a twentysomething young man, owns De La Vega’s bodega. He squirrels away every dime he can to follow his dream of returning to the Dominican Republic to open a bar. He runs the shop with his younger cousin Sonny (Gregory Diaz IV). Usnavi’s best friend Benny (Corey Hawkins, BlacKkKlansman) is the dispatcher at a car service company run by Kevin Rosario (Jimmy Smits, L.A. Law).

Benny is in love with his boss’ daughter Nina (Leslie Grace), who has just returned from college. And one of her best buddies is Vanessa (Melissa Barrera, TV’s Vida) who longs to be a fashion designer. Now she’s a manicurist in a hair salon run by Daniela (Daphne Rubin-Vega, Wild Things), who’s moving to the Bronx for cheaper rent. That change has upset her customers. Daniela is incredulous: “Our people survived slavery, conquistadors and genocide and you mean you can’t survive the D train?!” (Love the social humor.) 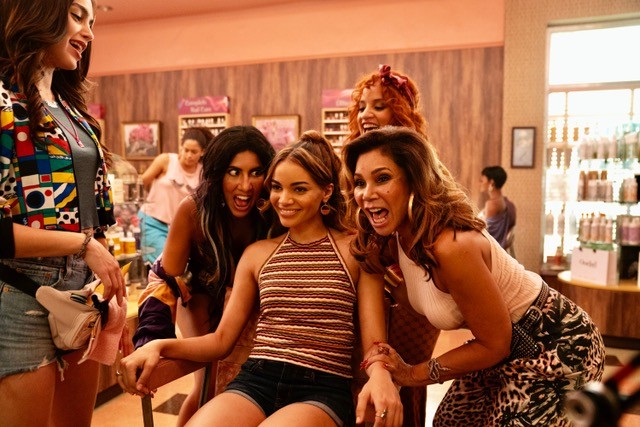 So many people. So many dreams. So many storylines. It’s easy enough to decipher, but further complicates a kinetic atmosphere. Quiara Alegría Hudes wrote the script and the stage play, so how this plays out is up to her. More emphasis on the center story of Usnavi’s personal drama, career ambitions and shy romances would hook the audience’s attention even more. Instead, viewers have lots of distractions. The most touching subplot involves the community matriarch Abuela Claudia, as richly played by Olga Merediz, who was also in the Broadway version. She is the grounding force of the entire production. Scenes where neighbors gather at her home are heartwarming.

Somebody give the casting director a bonus. These are brilliant choices! Anthony Ramos was a scene stealer in Hamilton and his singing and dancing are superb here. Corey Hawkins as the wingman with his own motivations provides a fraternal verve. Leslie Grace and Melissa Barrera are excellent as the objects of Benny and Usnavi’s affections and have strong internal drives. Merediz, Rubin-Vega and Diaz IV are Broadway veterans with solid voices and acting chops. Watching Jimmy Smits perform is a treasure, as is Marc Anthony’s seconds-only cameo as Sonny’s dad. Anthony is so powerful it makes you wonder why he isn’t getting a ton of acting gigs. 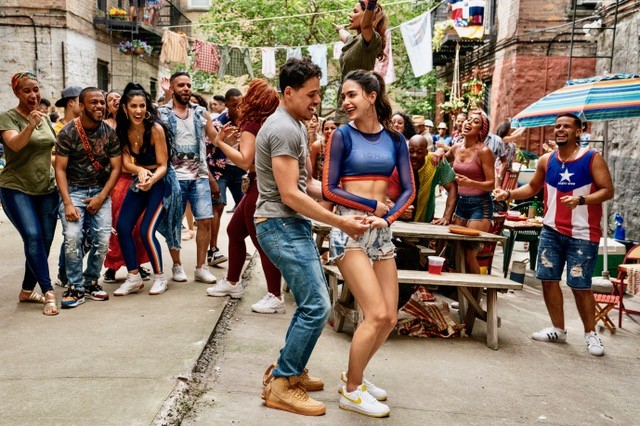 There are key differences between Heights and Hamilton. The former is the lead up to the Pulitzer Prize-winner and you can tell. The rapid-fire banter, rapping and singing seems like you’re watching Lin-Manuel Miranda develop his flair as he prepares to create the best Broadway musical ever made. Tunes from Heights are nice. Songs from Hamilton (“The Story of Tonight”) are indelible. The drama from Heights is uplifting. Drama from Hamilton is historically earth-shattering. 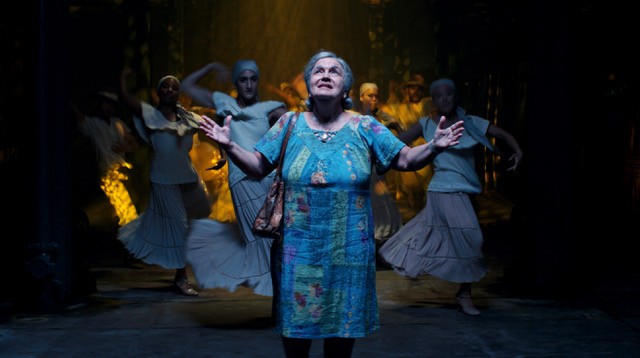 Besides the music, dancing and storylines, perhaps the film’s biggest achievement is sharing the immigrant stories of a wide range of Latinx (Dominicans, Puerto Ricans, Cubans…)—without the usual stereotypes. La Raza culture, which represents 18% of the population, gets too little attention from the film industry. So, In the Heights should be praised for its attributes, breaking through and being a breath of fresh air.

Trailer: https://www.youtube.com/watch?v=U0CL-ZSuCrQ
In theaters and on HBO MAX starting June 10, 2021.