You were determined not to get bit.

But in a totally different meaning of the word, you were equally determined that your horse would accept one. Without a bit in his mouth, he wouldn’t turn, slow down, or stop when you wanted to ride – and of course, as in “Horse Girls,” edited by Halimah Marcus, the ride’s the thing.

Or is a sense of freedom the best part of owning a horse? Many girls think so, while others just want their very own Flicka or Ginger or Pie. Whatever it is, Marcus says that there’s a difference between “horse girls” and “a horsewoman.” The latter, she writes, is “tough, no-nonsense… riding every day… unsentimental about horses but devoted to them for life” – unlike many of the women in this book who gave up riding as young women and re-established their love for it later in life. 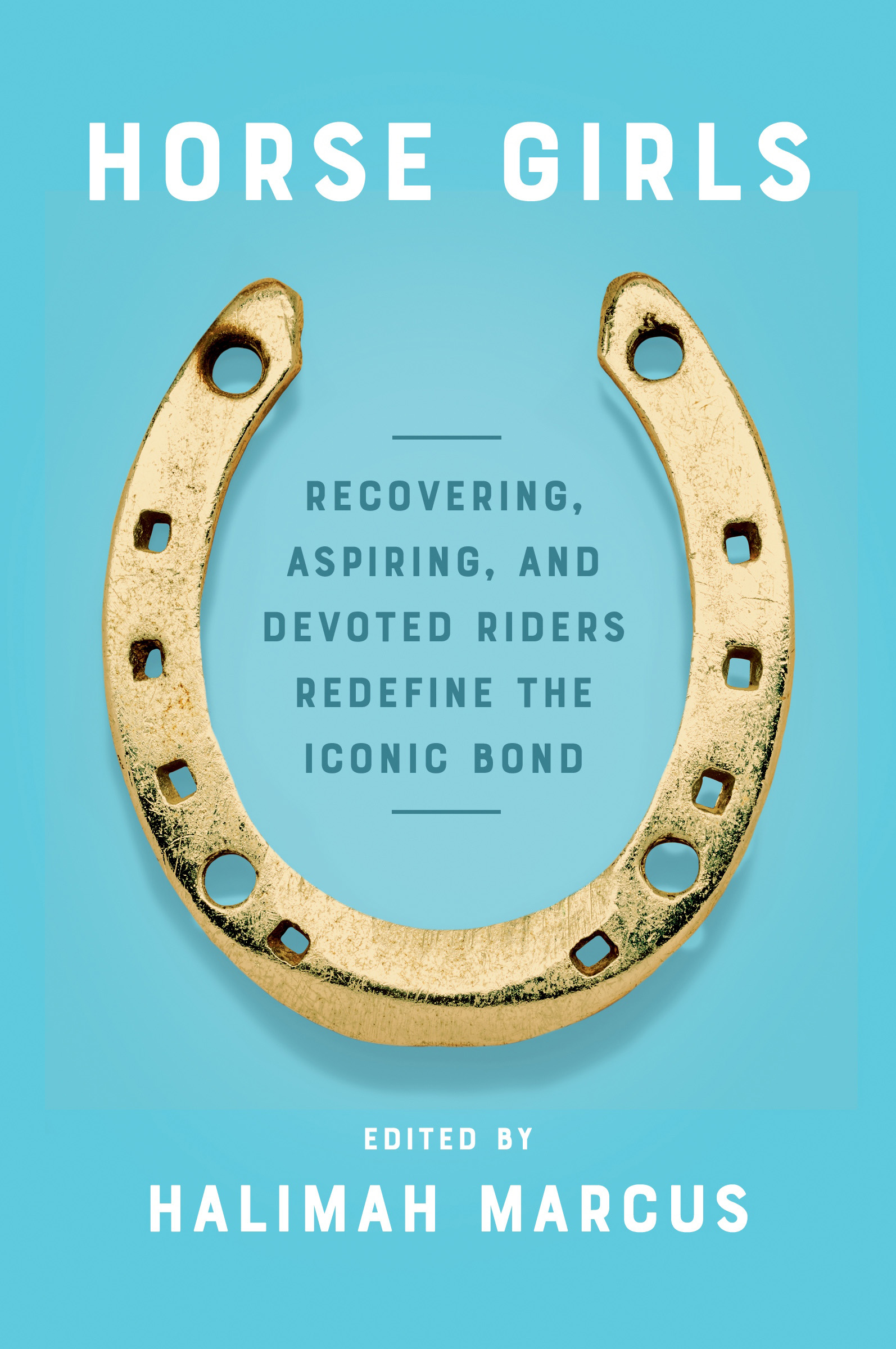 But what makes a horse girl?

Marginalization, in the stories here. These horse girls often felt shame for not fitting the norm, for being queer, Black, “chubby” or poor – but they still loved horses. Some of the writers are lesbians, but they didn’t understand it until their girlhoods were over. Alex Marzano-Lesnevich writes of cross-dressing cowboys in history; Sarah Enelow-Snyder writes about Black cowboys and of “curly Afros shoved into unaccommodating cowboy hats.” C. Morgan Babst writes of cruelty and anorexia, a two-pronged part of her childhood.

Horse girls worry. A lot. They worry about where their horses went after they were sold or given away. On the day she got it, Adrienne Celt worried about how she was going to bury her horse if it died. They worry about disappointing horse-loving parents, and they fret about the best way to introduce their daughters to riding.

They ride with joy. They met spouses through horses. They remember the smell of a box that once contained a plastic horse – because, says T Kira Madden, “the thing about a horse is, it’s never about the horse.”

Nope, it’s also about stories. Fifteen of them, to be exact, all inside “Horse Girls,” but unless you’re the horsey-type, you grew up in a saddle, or your shelves once held plastic 1:9-scale horses, you can just mosey along. In that case, you’ll haaaaate this book and that’s okay. It’s not for you anyhow.

If you fit the former, though, pommel, stirrup, and all, then editor Halimah Marcus offers stories you’ll devour, stories of loving horses, even when (especially when!) doing so made you an anomaly. There’s strength in that but loss also looms large here, particularly loss of childhood, innocence, or imagination. Fortunately for many of these storytellers and for the readers invited along on this ride, though, recollections are resolved, reasons for them are reconciled, and the endings are mostly satisfying.

If you ever trotted around the yard, pretending to be a horse, or if you actually spent your girlhood in a saddle, this book will bring back memories. “Horse Girls” is a book you won’t want to miss, not even a little bit.