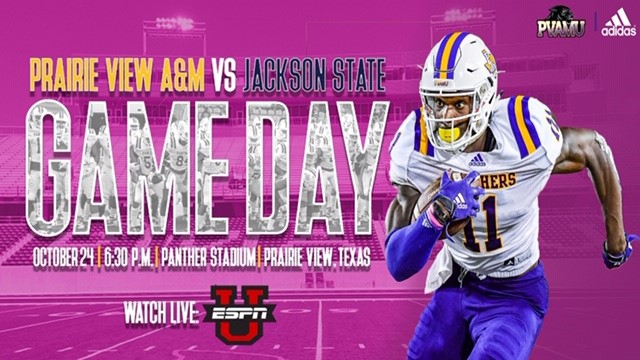 My name is Tristen Wallace, and I am a graduate of Prairie View A&M University and former wide receiver who was named 2nd Team All SWAC in 2018. I led my team in receiving in 2018 and 2019 and obtained a bachelor’s degree in Communications in May 2020. I am currently pursuing a master’s degree while also preparing for the free agent NFL tryouts.

After taking a year to prepare myself for the 2021 NFL Draft, I realized that I, nor any other Historically Black College or University (HBCU) graduate were drafted. These circumstances were very unexpected and disheartening to see as many of my fellow athletes and I have worked long and hard to get drafted to a team.

Multiple NFL scouts told my agent that were it not for the false allegations, I would have been drafted in the 4th or 5th round based on my unique combination of size, 4.4 speed, great hands, and big-play ability.  For me not to be drafted was extremely disappointing, but I must remain strong in my faith and will continue to do what I can to make sure I get onto a team before the season starts. To do that I must respond to the false allegations of sexual assault made by two women in 2016 with whom I had a consensual relationship.

I strongly and vehemently asserted in 2016 and continue to assert today in 2021 that I have never sexually assaulted any female. Furthermore, I have never been arrested for or charged with any criminal offense. The false allegations of sexual assault were fully and thoroughly investigated by the University of Oregon Police Department and the Lane County District Attorney’s Office who both chose not to arrest or prosecute me due to the “insufficiency of the evidence“ after interviewing the accusers and at least eight (8) witnesses and reviewing the credible evidence of the text message exchanges between myself and the accusers before, and more importantly, after the consensual encounters.

I am a hardworking, intelligent young man who is ready to go out onto the field and use my talent and athleticism for any NFL team willing to give me an opportunity to show that I can consistently make big plays and catch Touchdowns to help win ballgames.  My love for football will never go away and I would appreciate the opportunity to continue my dream of playing professionally and creating a foundation with my mother to help support youth at risk.

Previous articleMr. Martin Burrell: Don’t be late to the game when securing contracts
Next articleNDG CLOSE UP (Ep.01) – NTTA systemic opposition to M/WBE participation (Part I)