That’s what you want them to say when you’re gone: that you used up every shred of the time on Earth you were given, that you seized it from corner to corner and never wasted a minute. It’s an envious thing, to take advantage of your moments but in “Things Past Telling” by Sheila Williams, it’s not an easy thing, either.

When she stayed silent, they thought she couldn’t hear, or was addled. But that wasn’t so. In her silence, one-hundred-twelve-year-old Maryam Priscilla Grace was remembering… 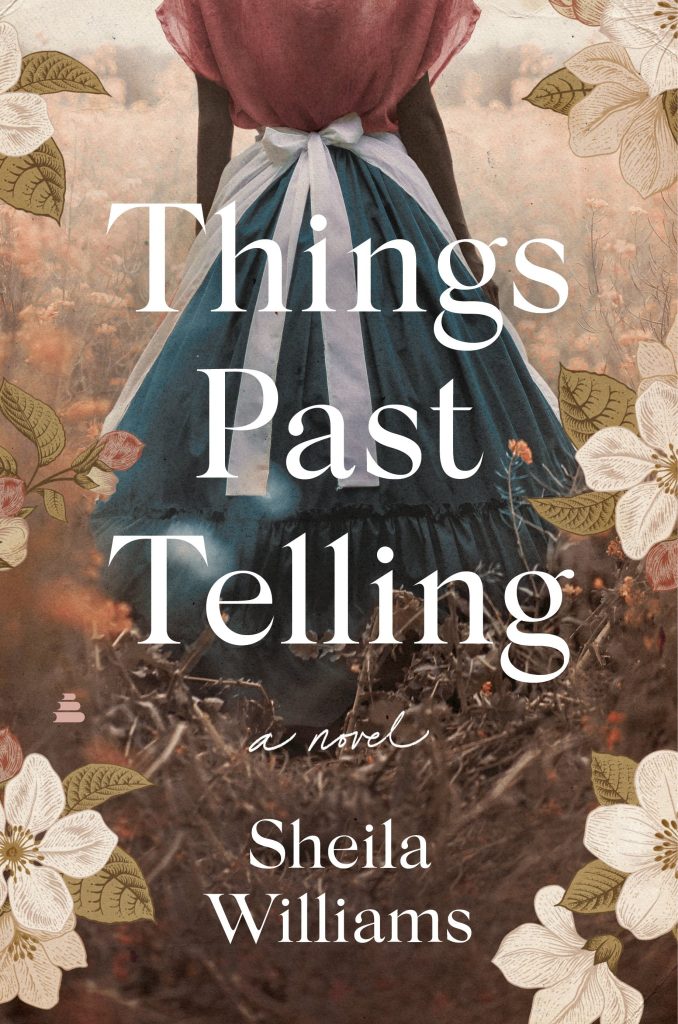 As the middle child of her father’s second wife, with brothers first and last, she was allowed to go to market with her father, as a son would. There, she listened to the languages of sellers and buyers, repeated them, and she learned. Her self-taught lessons helped her survive when, at four years old, she was captured by Portuguese men and sold to slavers.

She could smell the island of Jamaica when the ship got near – but before it could arrive, a rogue pirate vessel captained by a regal man the color of night captured the slaver and freed its cargo. She was small and alone and the pirate kept her by his side, making her his multi-tongued helper and a beloved and honorary sister.

The day that he left her with his healer was the day she began to learn how to soothe stomachs, set bones, and birth babies. The Auntie who taught her said that helpful plants were everywhere – knowledge that Maryam needed when the island was raided and she was sent to Savannah, and to a slave market.

As a healer and midwife, Maryam drew a high price and was given her own cabin. She toiled, and was allowed to marry the man she loved but when her first owner’s finances fell, he sold her family away south and left her with nothing. She barely noticed when she, too, was sold.

Until her second owner finally gave her what she wanted.

It may seem, at first, like “Things Past Telling” is a little far-fetched. Pirates? A hundred-twelve-year-old woman?? Ah, but sit a minute with this book and wait until it pulls you in.

Once you let go and allow the story to sweep you away, you’ll see how absolutely dazzling it really is. Author Sheila Williams takes readers on a sort of adventure in the beginning, before plunging us into a horror story that’s told with a voice that’s mournful but calm and proud. Yes, the things that happen to Maryam are too-tightly packed in a novel of this size, but to remember that they are not entirely implausible is to enjoy a story that takes you from noisy markets in Africa to a roiling ocean to sandy islands to an austere cabin to a sunny back yard. And you never even leave your chair.

This is one of those novels that, once you’re used to the storytelling, makes your surroundings melt away. Start it, and “Things Past Telling” will be a book well-read.