Put plainly, the deadly shooting by a white 18-year-old whose manifesto revealed his desire to cleanse the country of Black people is another example of America’s lingering murderous racial hatred.

It also shows how hateful rhetoric — spewed over conservative national news outlets and on social media and the dog whistles of rightwing politicians — has usurped some of the progress made in race relations since the Civil Rights Movement advances more than a half-century ago.

“Law enforcement is proceeding with its investigation, but what is clear is that we are seeing an epidemic of hate across our country that has been evidenced by acts of violence and intolerance. We must call it out and condemn it,” Vice President Kamala Harris said.
“Racially-motivated hate crimes or acts of violent extremism are harms against all of us, and we must do everything we can to ensure that our communities are safe from such acts,” she asserted. 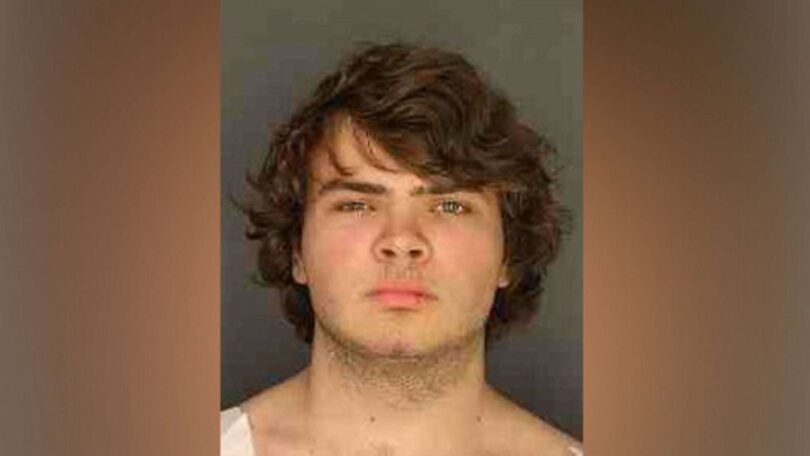 He complained of the dwindling size of the White population and included his fears of ethnic and cultural replacement of White people.

Gendron described himself as a fascist, a White supremacist, and an anti-Semite.

His live-streamed shooting spree has left at least ten dead and several more wounded. But, unlike the multitude of unarmed Black people killed during encounters with law enforcement, the young White racist is alive to plead not guilty or “insanity” in court.

“While past violent white supremacist attacks seem to have factored into this heinous act, we must acknowledge that extremist rhetoric espoused by some media and political leaders on the right promoting theories that vilify or dehumanize segments of our society like ‘the great replacement theory’ is a factor too,” wrote U.S. House Homeland Security Chairman Bennie Thompson in a statement.

Dr. Benjamin F. Chavis, Jr. speaking on behalf of the National Newspaper Publishers Association (NNPA) emphasized, “We are outraged, angered, but we will not be silent again in the wake of more racist murders of Black people in America this time in Buffalo, New York.

“The patterns and rising tide of these White supremacists’ attacks and murders of our people will not go without the unified and amplified voice of the Black Press of America to demand justice and an end to White supremacy in America.”

Council on American-Islamic Relations (CAIR) National Deputy Director Edward Ahmed Mitchell added that the organization condemns both the white supremacist terrorist attack targeting Black men and women in Buffalo and the racist rhetoric that has sparked such violence.

“The constant repetition of white supremacist conspiracy theories on social media and even mainstream media outlets has led to horrific violence in places as distant as Christchurch, El Paso, Oslo, and Charleston,” Mitchell asserted.

“Those who promote racism, white supremacy, antisemitism, Islamophobia, and other forms of bigotry must be held accountable for the violence they inspire.”

Mitchell added that CAIR has often spoken out against those who promote the “great replacement” and other racist conspiracy theories.

Mayor Brown told reporters that Gendron surveilled both the community and the grocery store as part of the attack’s planning.

Brown said the teen surveilled the area for several days and targeted a busy place in an area predominantly populated by Black people.

His manifesto noted that “Zip code 14208 in Buffalo has the highest Black percentage that is close enough to where I live.”

According to the U.S. Census, the zip code is 78 percent Black and among the top 2 percent of zip codes nationwide with the highest concentration of Blacks as a percentage of the population.

It has the highest concentration of Blacks as a percentage of the population of any zip code in upstate New York.

“Well, this manifesto tells everything to us. And that is what’s so bone chilling about it is that there is the ability for people to write and subscribe to such philosophies filled with hate,” New York Gov. Kathy Hochul said.

“The White supremacist acts of terrorism that are being fermented on social media and to know that what this one individual did has been shared with the rest of the world as well as the live-streaming of this military-style execution that occurred in the streets of my hometown.”

Previous article
Racism Lives! Racism Kills!
Next article
It’s been a year to brag about for our schools and students