Studies show that “a father in the home matters to his Black son,” no matter their income or what their neighborhood looks like. Even a father-figure works: Jawando says that he is the man he is today because of “the Black men that I gained access to because of my mother’s job and where I went to school.”

Coach Wayne Holmes showed him how to succeed. Deen Sanwoola, a friend and mentor, gave Jawando “perspective” on his “Nigerian identity.” Barack Obama, with whom Jawando worked, showed Jawando his “birthmark” in his outside-of-mainstream name. And from his own birth-father, once they connected again and traveled to Nigeria together, he found forgiveness and understanding. 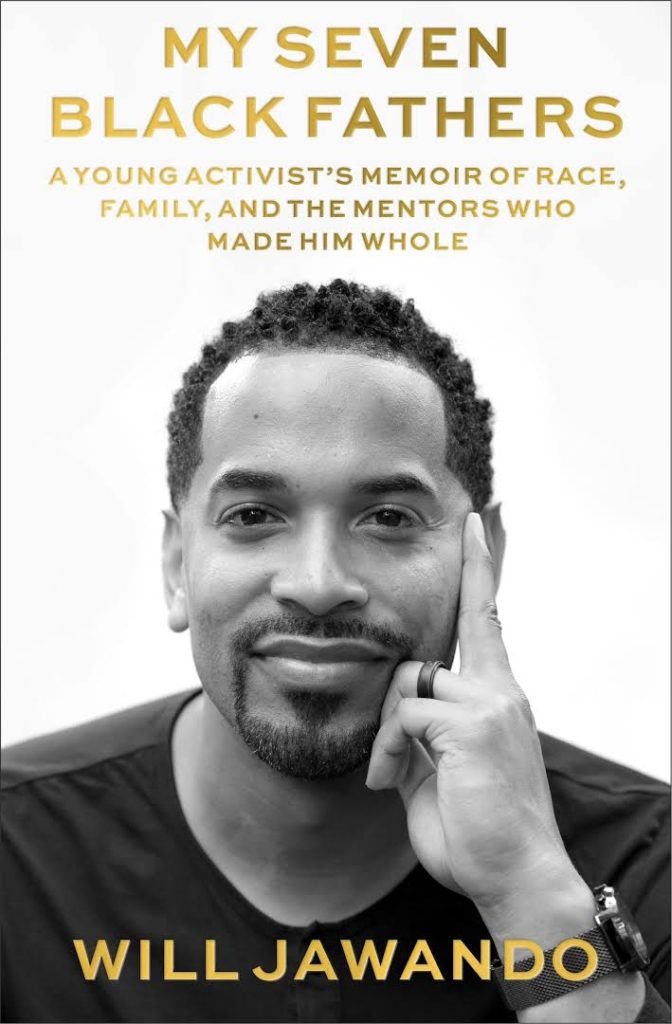 “Now the healing could begin,” Jawando said. “All it took was a four-thousand-mile journey together.”

Sit up and pay attention.

That’s what “My Seven Black Fathers” asks you to do. It oozes with gratitude and grace, it flashes with remembered anger and calm, and, while author Will Jawando tells his story, it asks you to pay attention.

That’s not hard to do. Jawando’s childhood, which he relates in great detail, was like that of many Black boys, but with a difference: seven Black men gave of their time to help form him, which he indicates doesn’t happen for a lot of children.

And yet, despite its benefits, getting the mentorship was a struggle sometimes – a surprising point that surfaces but isn’t belabored, nor is Jawando’s reasoning for why this matters. Like any good storyteller, he tells, then lets his tale linger, leaving an impression you’ll come back to, time and again.

It shouldn’t be a surprise if “My Seven Black Fathers” might also spur you to mentor a kid, or to somehow get involved in a child’s life now or soon. In the meantime, this memoir on being a Black man has a lot to offer.

On your way to the bookstore or library, pick up “Daddy Speaks Love” by Leah Henderson, illustrated by E.B. Lewis. It’s a cute picture book for kids ages 3-5 about the love between father and child.